Virtual machines are an emulation of a computer system. The underlying hardware is copied by a hypervisor to run multiple operating systems. While VMs have been around for 50 years, they are now becoming more popular with the advance of the remote workforce and end-user computing. Some popular virtualization stacks and hypervisors include VMware vSphere with ESXi, Microsoft Windows Server 2016 with Hyper-V, Nutanix Acropolis with AHV, Citrix XenServer, and Oracle VM. 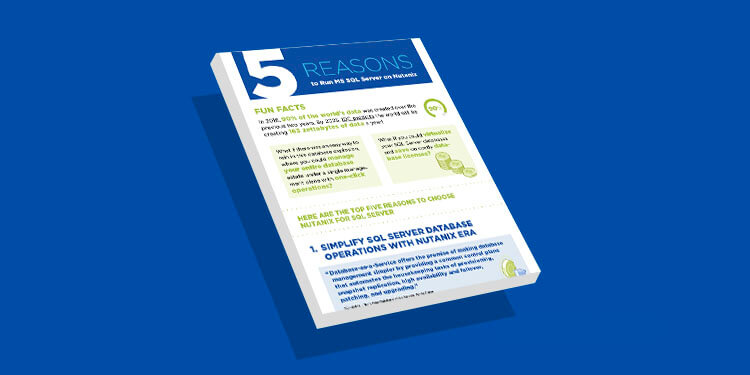 How Does Virtualization Work?

As a result, businesses can enjoy better flexibility and control and eliminate any dependency on a single piece of hardware. Because of its success with server virtualization, virtualization has spread to other areas of the datacenter, including applications, networks, data, and desktops.

The Benefits of Virtualization

Put simply, virtualization solutions streamline your enterprise datacenter. It abstracts away the complexity in deploying and administering a virtualized solution, while providing the flexibility needed in the modern datacenter.

Not to mention, virtualization can help create a “greener” IT environment by reducing costs on power, cooling, and hardware. But cost savings aren’t the only advantage of opting for virtualized solutions. Here are more reasons organizations are going virtual:

Mission Control gives you everything you need for success with AHV Virtualization, from migration and day-one basics to advanced objectives.

Why Should Organizations Opt for Virtualization?

Organizations hoping to pursue a more cloud-like IT environment will need to set their sights on virtualization first. Virtualizing your datacenter helps you use your server resources far more efficiently. In the past, businesses would have to dedicate one application—such as email—on a single server. In those cases, businesses would either over-accumulate multiple servers to take on their multiple applications, or they’d face a different issue altogether: Resources being underused on an entire server.

Either way, this method is costly, space-consuming, and inefficient. Thanks to virtual solutions, IT teams can run multiple applications, workloads, and operating systems on just a single virtual machine, and resources can be added and removed as needed. Virtualization scales easily with businesses. As demands rise and fall, it helps organizations stay on top of their resource utilization and respond faster as changes arise.

The Evolution of Virtualization

Decades ago, operating system (OS) virtualization technology was born. In this form, software is used to let hardware run multiple operating systems simultaneously. Started on mainframes, this technology enabled IT administrators to avoid spending too much costly processing power.

Beginning in the 1960s, virtualization and virtual machines (VMs) started on just a couple of mainframes, which were large, clunky pieces with time-sharing capabilities. Most notable among these machines was IBM 360/67, which became a staple in the world of mainframes in the 1970s. It wasn’t long before VMs entered the heart of personal computers in the 1980s.

But mainstream virtualization adoption didn’t begin until the late ‘80s and early ‘90s. While some VMs like those on IBM’s mainframes are still used today, they’re not nearly as popular, and few companies regard mainframes as a business staple. The first business to make VMs mainstream was Insignia Solutions, who created a SoftPC, an x86-based software emulator. This success inspired more organizations—namely Apple, Nutanix, and later, Citrix—to come out with their own virtualization products. 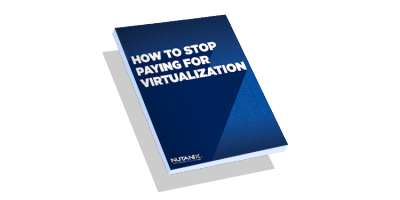 Are You Still Paying for Virtualization? 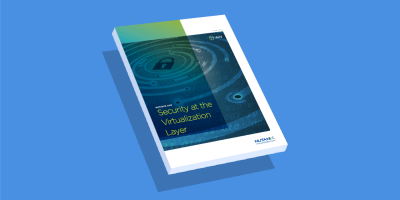 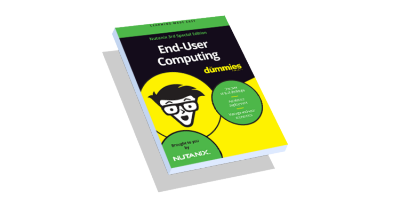 License-free virtualization for your enterprise.