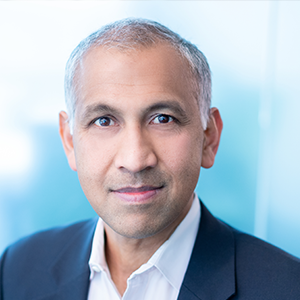 Mr. Ramaswami has served as our President and Chief Executive Officer since December 2020. A seasoned technology industry executive, Mr. Ramaswami has more than 30 years of experience spanning software, cloud services, and network infrastructure. He brings to our company a proven track record of building and scaling enterprises and teams, having a strong customer-centric approach, operational execution and developing innovative products and solutions to drive growth and value creation. Prior to joining Nutanix, Mr. Ramaswami served as Chief Operating Officer of Products and Cloud Services at VMware from October 2016 until December 2020. From April 2016 to October 2016, Mr. Ramaswami led VMware’s Networking and Security business as Executive Vice President and General Manager. Mr. Ramaswami served as Executive Vice President and General Manager, Infrastructure and Networking at Broadcom from February 2010 to January 2016, where he established Broadcom as a leader in data center, enterprise, and carrier networking. Prior to Broadcom, he served in multiple General Manager roles at Cisco across switching, data center, storage and optical networking business units. Earlier in his career, he held various leadership positions at Nortel, Tellabs, and IBM. Mr. Ramaswami also served as a member of the board of directors of NeoPhotonics Corporation, a manufacturer of telecommunications circuits, from March 2014 to August 2022. Mr. Ramaswami is an Institute of Electrical and Electronics Engineers Fellow and holds 36 patents, primarily in optical networking. Mr. Ramaswami holds a B.Tech. in Electrical Engineering from the Indian Institute of Technology, Madras and an M.S. and Ph.D. in Electrical Engineering from the University of California, Berkeley.