7 Reasons Why AHV is the Next Generation Hypervisor 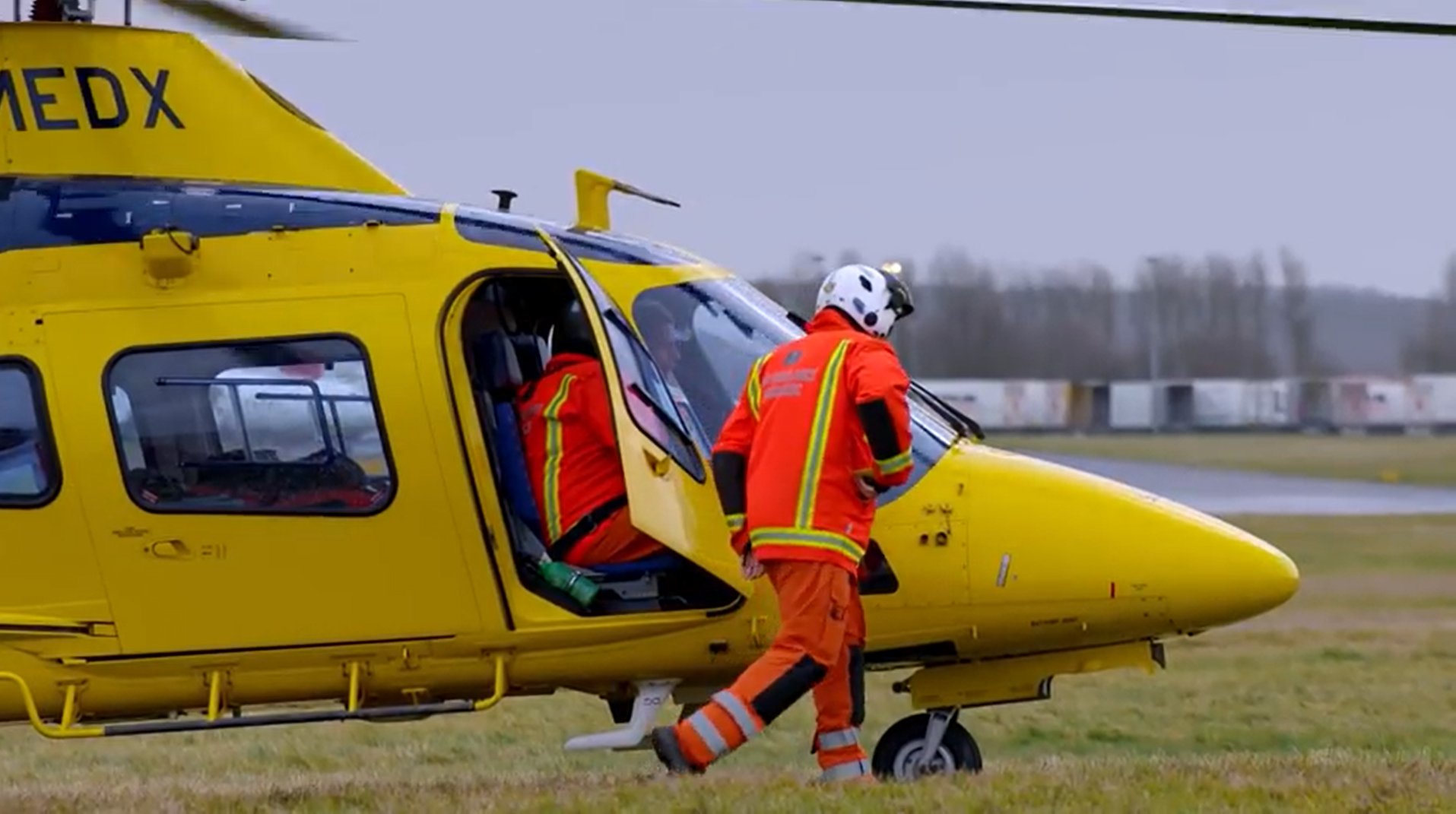 NOTE: NPX #1 and double VCDX, Josh Odgers, has penned an accompanying post that dives into the technical details supporting the assertion of AHV as the next generation hypervisor. 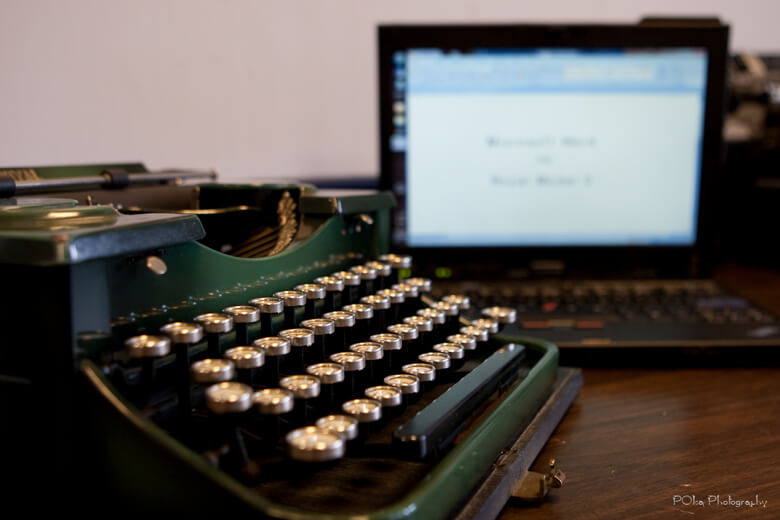 The IT Commoditization Cycle

Legacy hypervisors were designed for a world of monolithic non VM-aware storage arrays and switch fabrics and were built to accommodate thousands of combinations of servers, NICs and drivers. They require multipathing policies and complex designs to mitigate issues such as storage congestion and application resource contention while still accommodating both high availability and scalability. Acceptable performance often requires silos such as segregating VDI from server workloads.

Nutanix’s AHV Hypervisor was built from the ground up to provide a much simpler and more scalable hypervisor and associated management platform by leveraging the software intelligence of the hyperconverged architecture. AHV changes the core building block of the virtualized datacenter from hypervisor to application and liberates virtualization from the domain of specialists – making it simple and easily manageable by anyone from DevOps teams to DBAs. 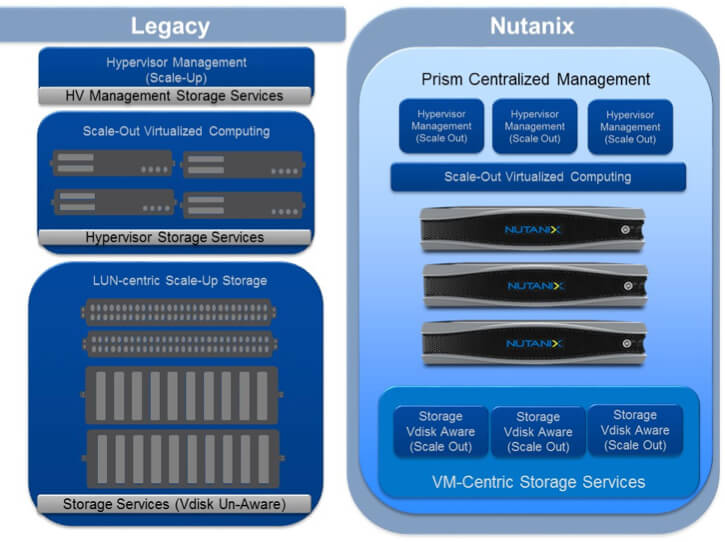 Similar as to how WAN acceleration, compression and deduplication evolved from products into features, the hypervisor is now a component of the hyperconverged infrastructure. We may not be too far from the day when Gartner stops producing a Magic Quadrant for virtualization. Virtualization will no longer be a stand-alone product.

Here are my top seven attributes as to why AHV is ushering in the new era of virtualization:

Prism provides a single pane of glass for managing the entire infrastructure stack whether in a single datacenter or spread throughout datacenters and offices globally. Deploying, cloning and protecting (DR) VMs is done holistically as part of the hyperconverged architecture rather than utilizing disparate products and policies.

Built-in guidance and self-healing remove the burden of constantly tuning the environment. For example, changes to storage policies can be made on the fly without migrating data off and on as you would with traditional RAID volumes. With a few clicks, customers can upgrade their entire virtualization environment regardless of geography, including OS, firmware and hypervisor.

Stand-alone hypervisor management solutions mimic the 3-tier environments for which they were designed by requiring a scale-up architecture. This approach contrasts with the scale-out capability that virtualization natively enables for the Compute Layer. Disparate scale-up management tends to require considerable design effort to eliminate a single point of failure and minimize risk of downtime while still enabling maximum agility.

The all-inclusive scale-out AHV architecture eliminates the legacy hypervisor tipping point where it becomes necessary to deploy another management server, analytics software package or database. Customers can deploy applications within hours or minutes of receiving Nutanix nodes. They grow their environments by adding more nodes to the cluster; automated self-discovery followed by a click automatically configures the virtualization hosts utilizing the existing policies in place.

Unlike other hypervisors, AHV doesn’t have cluster size limits from a compute or storage perspective. Customers can start with only three nodes and then continue to scale to thousands without the need to create silos of compute or storage.

Conventional hypervisors need to interact with hardware and software products from many manufacturers. Multiple participants creates security vulnerabilities at the boundaries of product intersections.

Legacy virtualization solutions may utilize “thick” clients dependent upon a single central management VM and, in many cases, a 3rd party relational database platform that is vulnerable to a single point of failure. AHV virtualization, like the Nutanix hyperconverged data plane, is scale-out, highly available out-of-the-box and self-healing. Since Prism is part of every node, the management capabilities are highly redundant – they continue unabated even in the event of a failed node.

AHV doesn’t require additional software licensing to extract analytics from the environment, and it doesn’t need to load the data into a separate database. Analytics are built into Prism and incorporate not only Virtualization, but also the Storage and Compute – providing visibility across the entire stack.

Nutanix wields support as a competitive advantage. We boast an industry-leading 92+ Net Promoter Score. Our support covers not just AHV, Distributed Storage Fabric and Hardware, but the entire infrastructure stack: Compute, Storage and Virtualization. Nutanix even provides support for business critical applications such as SQL & Exchange.

Nutanix owns the problem regardless of whether the issue is believed to be a 3rd party responsibility or not. Nutanix SREs will arrange and actively participate in multi-way calls between vendors until the customer’s problem is resolved. While Nutanix SREs are highly skilled and experienced, they also can escalate to multiple CCIE, VCDX, NPX and CTPs. 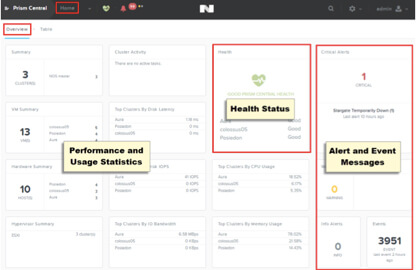 As a core component of invisible infrastructure, AHV helps free IT staff to focus on the business rather than on the plumbing. It also reduces legacy hypervisor costs:

Software Licensing Costs –There is no need to license operating systems, 3rd party database products such as Microsoft SQL or Oracle, or management, analytics or disaster recovery software to enable HA management capabilities.

Design/Implementation/Support – Out-of-the-box availability and auto scaling simplifies the AHV environment design and implementation. All support costs are included as part of the overall Nutanix hyperconverged platform.

Business Disruption Costs – Non-disruptive upgrades and all-inclusive software remove numerous points of failure, reducing the need for maintenance and the likelihood of outages. An August 2015 IDC study of 13 Nutanix customers showed that unplanned downtime decreased by 99.7%, and planned downtime decreased by 100%, when customers moved from 3-tier to Nutanix hyperconverged infrastructure.

Hardware Costs – Even small legacy virtualization platforms require a patchwork of tools that necessitate additional resources. As they grow, the number of required resources tends to increase. AHV eliminates the need for dedicated management clusters and the associated compute/storage resources along with rack space, power, cooling and network port costs.

Customer adoption of AHV has been tremendous with organizations such as Swisslosincreasingly migrating to AHV across the organization. AHV is also fostering widespread industry support with eco-system partners large and small such as Microsoft, Citrix, Juniper Networks, F5, SilverPeak, vArmour, VMTurbo, Palo Alto Networks, LiquidWare Labs and many others all supporting AHV.

As compelling as AHV virtualization is today, the architecture promises an equally exciting future. For example, nothing would stop Nutanix from doing things such as using AHV and Prism in a container on bare-metal, yet continue to deliver new features at a very rapid pace.