10 Reasons Why Nutanix is the Best Platform for Citrix

One of the proudest moments of my career came in 2001 when Citrix named my channel partner business the first Citrix Partner of the Year. Last year, Citrix’s former (and legendary) CEO, Mark Templeton, graciously wrote the foreword to my latest book. And also last year, I was the only non-Citrite invited among the 114 attendees at the Citrix “Old-Timers” reunion in Boca Raton.

With all of my Citrix background, I have been thrilled to see the company killing it - even prior to the Covid WFH mandates. The cherry on top is that two accounts recently came to me to help gauge the TCO about moving from Citrix’s primary VDI competitor to the Citrix platform. This made me realize that it’s high time that I document some of the many reasons why Nutanix provides the best platform for Citrix Virtual Apps and Desktops. Here are ten reasons why:

As SAN storage controllers become saturated with user traffic, performance slows (even on all-flash arrays), giving users an inconsistent experience. This can result not just from an increased number of users, but also from increased application or OS resource requirements.

Nutanix provides a better user experience than a SAN because it does not access the servers over the storage network. Instead, Nutanix data locality puts the data right next to the compute, enabling linear user experience even as clusters scale. Citrix on Nutanix also delivers stronger user experience thanks to slashed downtime--including no downtime from upgrades--and industry-leading support, as shown by an NPS score of 90+ for the past six years in a row.

Nutanix allows you to start with as few as three nodes, then scale as quickly or slowly as desired (even one node at a time), maintaining performance consistency as new users are added. And, since every node is bringing the latest and greatest technology into the environment, the density of users per node (and corresponding performance) continue to increase. If an organization decides, years down the road, to upgrade its oldest nodes, the system does it all in minutes, and on far fewer nodes than originally required for the same resource demands. There is never a forklift upgrade.

In contrast, SAN-based infrastructure commonly runs into bottlenecks as you scale, including storage controller throughput, IOPS, disk capacity, CPU, RAM, and network bandwidth. And as the arrays near their end-of-life, they require a very expensive, complex, time-consuming, and even risky forklift upgrade.

“I can’t emphasize how much time we used to spend dealing with infrastructure and storage issues unrelated to our core competencies of end user computing, application delivery and security. Nutanix allows us to have the applications up and running much more timely and with more predictable results. And Nutanix enables us to achieve our goal of providing users with a better experience than their physical desktop from day one.”

Data locality: Nutanix data locality provides consistent and predictable performance as nodes are scaled out in an EUC environment. This prevents the traditional bottlenecks that exist with SAN-based systems. Every node has dedicated local storage resources that are pooled across the cluster and grow performance and capacity linearly as the environment grows.

Shadow Clones (for MCS): For organizations running MCS, Nutanix shadow clones (the technical implementation of data locality) automatically caches all base vDisk images to local SSD on every node in the cluster, reducing boot time by half during boot storms. It also enables faster logins and application launches as well, lower latency reads, and reduces network bandwidth.

Citrix integration: Citrix administrators can modify their environment or provision additional Nutanix resources themselves as well as provision both XenApp and XenDesktop machines through Citrix Studio because of various Nutanix integrations with Citrix.

Built-in high availability vDisk Store (for PVS): As an example for organizations running PVS, Nutanix can simplify PVS by using Nutanix Files for your vDisk store.

Simplified Datastores: Nutanix simplifies datastores by leveraging one monolithic datastore that spans across all disks and nodes in a cluster, making MCS and PVS configuration easier as you don’t need to copy base vDisks or template VMs with write cache disks across different datastores. Instead, the datastore expands dynamically as you add Nutanix nodes to the cluster, without ever requiring manual rebalancing.

Multi-Site Management: A single HTML5 interface manages and monitors all infrastructure components for globally dispersed environments. Citrix administrators can search all VMs across all sites and even across different hypervisors. Additionally, admins can also leverage capacity planning with the Nutanix Prism Pro add-on.

Native site-to-site replication: Administrators can schedule snapshots and automatically replicate sites (1:1 or mesh). This is ideal for base images, persistent desktops, roaming profiles, department shares and more. And snapshots can also be mounted by end-users for recovering files.

The combination of less hardware, no storage network, less administration, less rack space/power/cooling, and no forklift upgrades means Nutanix customers save lots of money. An August 2020 Forrester report on the Total Economic Impact of Nutanix EUC shows 3-year benefits of $21M, an ROI of 164%, and 90% faster time to deployment than SAN-based infrastructure.

Nutanix doesn’t require VMware: When running Citrix on VMware, customers must either purchase VMware vSphere Desktop for each user (plus a copy of vCenter) or vSphere Enterprise Plus for per physical CPU of each host in the environment. SAN-based customers must also figure out how to purchase, configure, make redundant, scale, and support vCenter (figure around 25 vCenters for 50,000 users).

In contrast, Nutanix uses a KVM-based hypervisor that is similar to what is used by every leading public cloud provider. Nutanix AHV is extremely simple to design, deploy, and support (as with the public cloud providers, no certifications required). Citrix has fully supported AHV for all of its products since 2015. Not only does AHV save lots of money in licensing and support costs, the IT staff saves time in administration and security hardening, which is even more important.

If an organization wishes to run Citrix on VMware, Nutanix supports that as well. In fact, Nutanix makes upgrading VMware much simpler as part of its one-click upgrade process.

There are no SANs to learn (or relearn with new models) or laboriously upgrade. There is no storage fabric to purchase, manage, and maintain. Nutanix upgrades in a single click.

Built-in high available DHCP Server: This approach removes the requirement of managing DHCP in the datacenter by handling it with the built-in Prism services. Administrators can also specify option 66/67 for PXE booting PVS-streamed XenApp or XenDesktop machines, which eliminates the clunky process of making DHCP highly available.

Nutanix Flow runs on Nutanix AOS and takes one click to deploy. Flow provides VM-level security and also helps combat ransomware. Flow policies are applied based on admin-defined categories or which user is logged on to the VM.

While Nutanix is the best platform for EUC, EUC should not operate as an organizational silo. The same Nutanix architecture that runs EUC can also run intensive workloads such Oracle, MySQL, and SAP. The complete datacenter platform can also be provisioned in under an hour to public cloud bare metal services for the ultimate in time-to-value and business agility. Citrix Cloud or CVAD 1912 LTSR can then provision the same desktops and virtual app hosts to datacenter or cloud, and Nutanix can provide simple replication, business continuity, and a single pane of glass.

Nutanix lets customers choose their hardware (Nutanix clusters enable a mix of processor types), hypervisor, and cloud, and manage it all with Nutanix Prism. Nutanix also offers both on-prem and cloud-based DR options via Xi Leap and Nutanix Clusters for AWS.

GPU Models : Nutanix enables the ultimate graphics experience for virtual apps and desktops with GPU support for ESXi and AHV. A wide variety of the latest NVIDIA GPUs can be added to an initial purchase or later on to an existing cluster. Clusters can mix GPUs and virtual GPU profiles.

Although Nutanix supports Cisco UCS, it doesn’t support UCS firmware upgrades with a single click. This is unfortunate for UCS shops since the UCS Manager firmware upgrade guide is a book. On the positive side, running Citrix on Nutanix on UCS will certainly be easier than running on Citrix + SAN or on Hyperflex. And, if the organization is willing to switch, Nutanix does support one-click upgrades (LCM) on HPE DX, HPE DL (G10), Lenovo (HX), Nutanix (NX), Dell XC/Core, Fujitsu XF, Intel DCB, and Inspur InMerge. 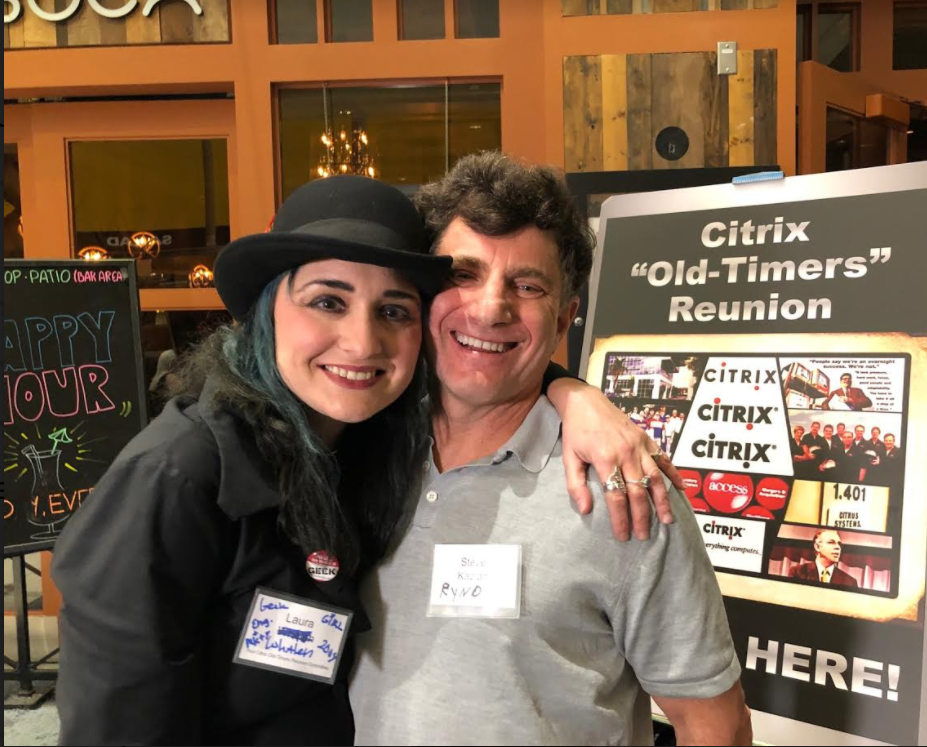 The Proof is in the Analysis

If my team or I can be of assistance to you in comparing your potential Citrix deployment vs. legacy infrastructure, please let me know.

VDI Failure is No Longer an Option with Citrix on Nutanix. Steve Kaplan and Kevin Bacon.

A huge thanks to Kevin Bacon and Kees Baggerman for much of the content and editing. Thank you also to Ruben Spruijt and Aaron Delp for contributions.

© 2020 Nutanix, Inc. All rights reserved. Nutanix, the Nutanix logo and the other Nutanix products and features mentioned on this post are registered trademarks or trademarks of Nutanix, Inc. in the United States and other countries. All other brand names mentioned on this post are for identification purposes only and may be the trademarks of their respective holder(s). This post may contain links to external websites that are not part of Nutanix.com. Nutanix does not control these sites and disclaims all responsibility for the content or accuracy of any external site. Our decision to link to an external site should not be considered an endorsement of any content on such a site. Certain information contained in this post may relate to or be based on studies, publications, surveys and other data obtained from third-party sources and our own internal estimates and research. While we believe these third-party studies, publications, surveys and other data are reliable as of the date hereof, they have not independently verified, and we make no representation as to the adequacy, fairness, accuracy, or completeness of any information obtained from third-party sources