Total Gas & Power Turns to Nutanix for IT Consolidation

To create a modern infrastructure platform to support digital transformation and multi-cloud operations, which is able to support legacy applications as required.

That was one of the reasons we wanted to deploy Nutanix NX nodes rather than running the Nutanix platform on some kit. We were keen to have only one vendor, and that’s been very successful whenever we’ve needed help.

Total Gas & Power, a leading supplier of energy for industrial, commercial, public sector and business customers in the UK, identified a need to modernise its IT infrastructure. Its objective is to update or replace legacy systems in order to enable the company to move forwards with a DevOps approach to developing and maintaining its applications.

At the same time, the company has a diverse range of systems and equipment it has acquired over the past three decades, some of which now pose a real challenge to manage and maintain. It was seen as desirable to be able to simplify the existing estate and reduce the number of platforms it operates, by consolidating onto a common platform where possible, as Dominic Maidment, Technology Architect for Total Gas & Power explains.

“We want to come off much of the legacy equipment that we still have, such as old Sun SPARC boxes and x86 systems, as we consolidate the data centre. Essentially, we want to remove - if possible - our SAN storage and bring everything in, but it’s a complicated puzzle because there are so many things that hang off it.”

Some of the complications include workloads, such as databases that have very specific licensing stipulations that made it tricky to simply migrate them to virtualised infrastructure. Other legacy systems are out of support and would be difficult to rebuild if a serious fault were to occur.

The path that Total Gas & Power would take was influenced by an urgent requirement to replace its main disaster recovery (DR) facility, the site for which was about to undergo redevelopment. The firm initially looked at converged infrastructure solutions. However, it soon found that the hyperconverged infrastructure platform, from Nutanix, provides a layer of abstraction at the storage level that removes the need to provision and maintain storage hardware separate from the server nodes. This makes the infrastructure simpler to deploy and requires fewer skill sets to support it.

The built-in data replication capabilities of the Nutanix platform also meant that it would make sense for Total Gas & Power to deploy the same infrastructure at its production site, as well as the firm’s branch locations. As these locations operate as remote office/branch office sites, they also needed to have data backed up to the recovery site.

In addition, Total Gas & Power was already using some public cloud resources and was seeking a solution that would have similar ease of provisioning and scalability. This would enable the IT team to be able to focus on transforming its applications and services and introduce a DevOps approach.

Total Gas & Power chose to deploy the Nutanix NX nodes as its chief infrastructure platform going forward, with the aim of migrating as many workloads as possible into virtual machines, running on VMware on the production site, with branch sites simply running on Nutanix AHV.

For the DR site, the team at Total Gas & Power was able to configure the Nutanix nodes at its primary site and then simply ship them to the required location, plug in the infrastructure and start it up.

The production site will be a longer transition due to the complexity of the legacy systems and applications. However, the firm now has a single target architecture to aim for, and is already saving money over the previous situation where it had multiple vendor support contracts in place for all the various systems.

“That was one of the reasons we wanted to deploy Nutanix NX nodes rather than running the Nutanix platform on some kit. We were keen to have only one vendor, and that’s been very successful whenever we’ve needed help,” said Maidment.

For example, Nutanix worked with Total Gas & Power to develop a solution for the database licensing problem that sees those specific workloads deployed onto a dedicated cluster.

Total Gas & Power has also now expanded its use of Nutanix products to include the Beam Multi-Cloud Governance service. It provides security and compliance oversight for workloads that the firm has deployed onto the AWS and Azure public clouds.

Total Gas & Power is continuing to migrate its production workloads onto the Nutanix infrastructure at a pace governed by the need to perform regression testing and ensure that critical applications and services will continue to function when rehomed.

The company is looking to make use of further Nutanix products, including the Era database management services to provide an automated database copy management process as part of the move to a DevOps strategy. This is currently handled through a manual process.

Plans are also being drawn up for a Desktop-as-a-Service (DaaS) pilot project that will centre on the Nutanix Frame service that allows users to access virtual desktops hosted on multiple clouds, including AWS, Azure and Google.

Total Gas & Power is now looking at the wider set of Nutanix services beyond the core virtualisation platform to explore how these may deliver further benefits to the company as it seeks to modernise its infrastructure and create greater efficiencies wherever possible. 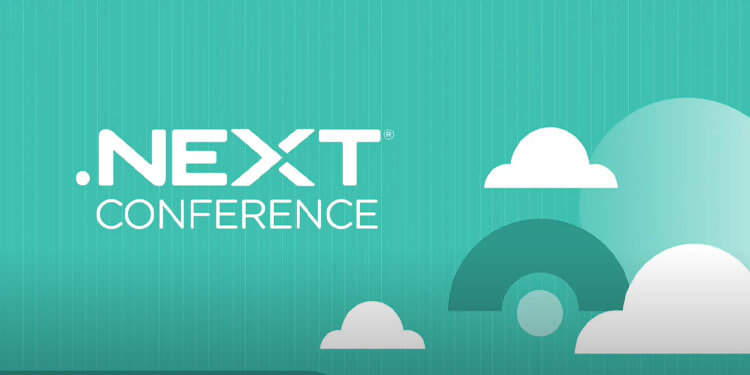 Total at .NEXT Copenhagen