Infrastructure outages and disruptions continue to be common occurrences for many organizations. For example, in 451 Research’s recent Voice of The Enterprise, Data Management and Disaster Recovery 2020 study, 30% of respondents reported that they had suffered an outage in the past two years. And outages are costly for businesses: in the study, we found that 49% of respondents had outages that cost their organizations over $100,000. At the same time, disaster recovery (DR)/business continuity continues to be a key pain point, and the pressure to keep operations online will only continue to rise with customer expectations.

THE COST OF OUTAGES

Source: 451 Research’s Voice of the Enterprise: Data Management and Disaster Recovery 2020
Q: What was the estimated total cost of your organization’s most recent downtime incident (from outage to full recovery)?
Base: Respondents who have experienced an outage resulting in lost data or productivity (n=250) 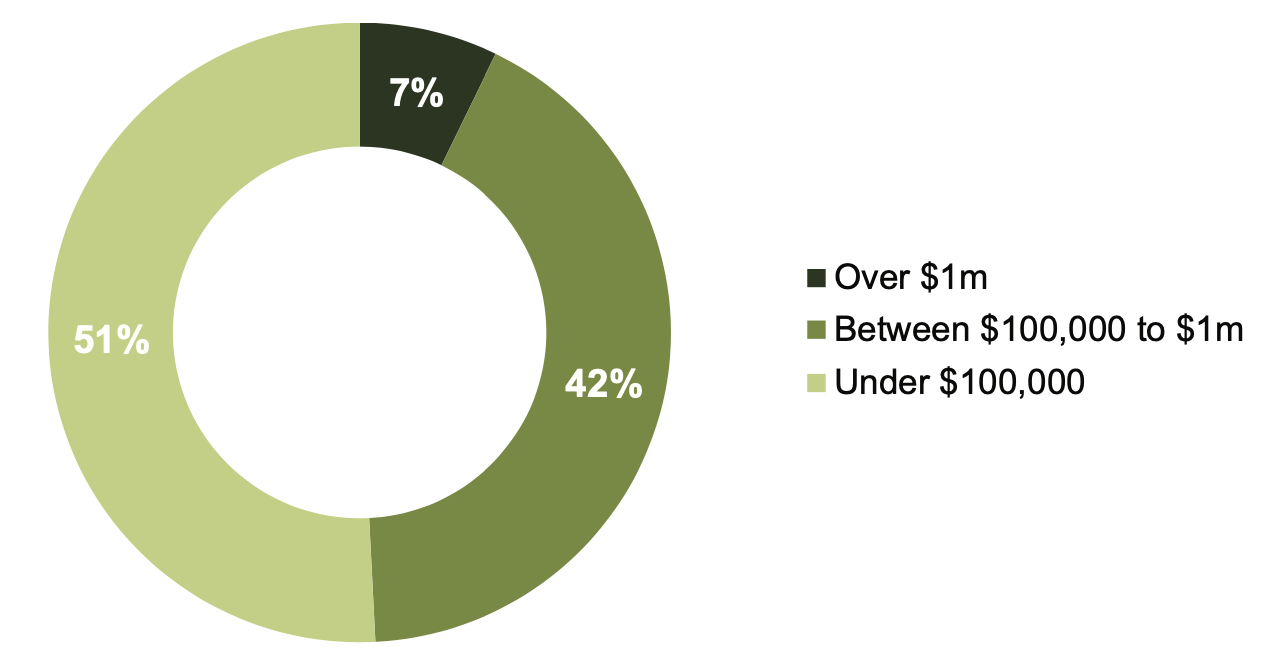 High costs and complexity continue to be two major challenges that prevent organizations from meeting their resiliency goals using traditional on-premises disaster recovery deployments. In recent years, cloud-based DR services have grown in popularity because they take advantage of the elastic capacity of cloud service providers and can keep costs down since expensive compute, storage and networking resources are only called into action when a disaster happens. An additional benefit of cloud-based DR is simplified testing, which not only provides customers with peace of mind, but also reduces the amount of work IT professionals need to dedicate to DR implementation maintenance.

As part of Osool’s digital transformation initiative, it began using Nutanix in 2017 as a replacement for its existing server infrastructure. Osool saw Nutanix’s hyperconverged infrastructure (HCI) as a major stepping-stone on its journey to cloud, but also realized that it would have to change its approach toward data protection and disaster recovery to match its new HCI-based architecture.

The previous infrastructure was a traditional three-tier architecture consisting of servers, SAN storage and networking equipment. Osool’s previous DR infrastructure had several cost-related issues including increased capex spending, physical data space for the hardware, and increased maintenance and support costs. The DR implementation also created a separate management silo, which was an additional burden for Osool’s IT team. While Osool was mostly satisfied with its on-premises DR implementation, the company had concerns about the scalability of the setup. Although it has not experienced a major outage so far, Osool fears an outage would prevent it from taking advantage of a short-term opportunity.

Osool shifted from its traditional DR to the Nutanix Xi Leap service in less than two weeks – considerably faster than its previous setup, which the company said took about six months to deploy. Osool is using Xi Leap’s UK availability zone as its DR target, and claims it has not had any issues with WAN latency.

A firewall configuration issue occurred during the initial setup, but the Xi support team, together with Osool, was able to fix this, and Osool was pleased that the support team was able to remain in contact using the support portal when the site link went down.

Because it is a financial services organization, security and compliance were key requirements for Osool. The company referenced XI Leap’s certification for ISO 270001, ISO 27017 and ISO 27018, along with SOC 2 Type 1, as key factors that enabled it to shift the DR responsibility to a service provider.

Osool claims that the shift from traditional DR to the Xi Leap service allowed it to cut its DR cost by 65%. The company used this cost savings to enhance other services and shift budget to new projects to accelerate its digital transformation. With the Xi Leap deployment, Osool said it saw immediate management benefits given that Xi Leap’s management tools and console were integrated with the Nutanix Prism interface, which Osool was already using for its HCI management, and the team was able to set up DR and initiate failover operations immediately with no learning curve to overcome.

The company will run tests twice a year to start, but plans to go to quarterly DR tests in the near future. In its tests, Osool found that Xi Leap was able to handle its larger SQL databases with no issues and noted that its end users had a seamless experience with no latency impact after a failover test moved operations to the Xi Leap cloud.

Osool has mandatory one-hour recovery point objective (RPO) and recovery time objective (RTO) requirements, which it was able to meet using the new DR service. Nutanix’s Xi Leap has service commitments of RTO under one hour and RPO ranging from one hour to four weeks, which the customer can configure according to its data loss thresholds. Nutanix provides service credits if the service does not meet a customer’s availability or performance requirements: it gives a 10% credit for one to three violations in a billing cycle and a 50% credit for more than three violations.