North Pacific Bank migrated the Citrix Virtual Apps and Desktops environment at this time, which is used for business terminals and tablets at the branches, and is used by most of our employees for customer service and daily branch operations. Therefore, we can’t allow our business to be interrupted. Since we migrated to Nutanix, the environment has been running stably without any disruptions.

North Pacific Bank, Ltd. is the largest regional bank in Hokkaido, with its head office in Sapporo. With an eye on the increasingly competitive business environment, including population decline, the bank has formulated a new group management philosophy of “opening up Hokkaido’s future by taking a thorough customer-oriented approach to solving a wide range of issues. Based on this philosophy, the bank is working to become closer to its customers and to provide consulting services and the best possible service solutions with a deeper consideration of our customers.

In 2010, the bank decided to switch to thin clients as a counter measure to the aging of the PCs used as business terminals and began the phased transition in 2012. The infrastructure was server virtualization using Microsoft Hyper-V and desktop virtualization using Citrix Virtual Apps and Desktops, but they felt that there were operational issues.

However, the company was experiencing operational issues. “With 3-tier traditional infrastructure configuration, the cost of building and maintenance of infrastructure is high. The timing of system renewal is also different, so each renewal incurs a large cost. The banking business cannot afford any unscheduled downtime, even during system migration. The bank needed to prioritize service availability and operation stability. Because of these considerations, we felt that legacy infrastructures are reaching their limits,” recalls Noriyuki Wachi, General Manager of the Systems Department at North Pacific Bank. Ltd. 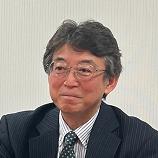 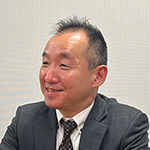 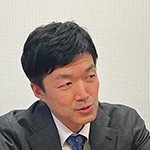 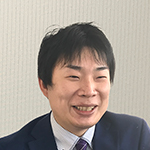 In 2015, the Bank started looking into hyperconverged infrastructure (HCI). When the maintenance of the thin client system expired, the bank decided to implement Nutanix HCI, moving away from traditional infrastructures. Hideki Ito, Deputy General Manager of the System Department, said, “In addition to the advantage of allowing gradual investment, the bank felt that it would be easy to expand and renew the system. The bank decided to implement the Nutanix Cloud Platform for long-term use and simplification of system upgrades. Since the initial implementation, the bank has also experienced system upgrades, which were completed smoothly without any business downtime.”

Another deciding factor was availability. Hirokazu Takahashi, Assistant General Manager of the Systems Department, said “In the previous system, the server containing the user profiles for the virtual desktop system was redundant with hot standby or RAID, but the system would sometimes stop, inconveniencing some users. With Nutanix, the bank was able to use RF3 (Replication Factor 3) to keep the same data on three nodes without stopping the system even if there were simultaneous failures of two nodes.”

“The bank used Nutanix Consulting Services and Technical Account Management (TAM) Services to facilitate the migration. We didn’t have the knowledge about hypervisor migration, so we decided to go with technical support services. Nutanix’s experts were also well-versed in products outside of Nutanix, and so we were able to execute the migration with confidence,” Katsutoshi Tanino, Manager, of the System Department said.  We then completed building the system by Nutanix AHV as the migration platform in 2019, and migrated the Citrix Virtual Apps and Desktops environment from Microsoft Hyper-V to the Nutanix AHV hypervisor in phases starting in May 2020. Kindryl Japan LLC (then IBM Japan) and Nutanix Consulting Services collaborated on a detailed plan for the migration, which took place over 12 weekends.

The bank was able to migrate without interruption to Nutanix AHV using Nutanix Move, an environment running on approximately 6,000 terminals and tablets in its branches and call center.“

North Pacific Bank migrated the Citrix Virtual Apps and Desktops environment at this time, which is used for business terminals and tablets at the branches, and is used by most of our employees for customer service and daily branch operations. Therefore, we can’t allow our business to be interrupted. Since we migrated to Nutanix, the environment has been running stably without any disruptions. Even when the system maintenance deadline comes, since the system can be scaled out without affecting business systems, it requires no effort at all, and so the bank can say that the total cost is reduced and the investment is highly beneficial,” said Wachi.

Takahashi said, “The bank also migrated hypervisors from Microsoft Hyper-V to Nutanix AHV. The new hypervisor supports a much wider range of operating systems, and we feel that we have benefited from Nutanix deployment in this respect.”

This time, the migration project was in the area of IT systems, but in January 2023, The North Pacific Bank plans to migrate its host environment to a joint core system under the TSUBASA Alliance, a framework for wide-area collaboration with other regional banks.

The bank is now evaluating what to do with the system after the migration to TSUBASA. The bank is also looking into further promoting remote work and using the cloud. In addition to Nutanix Cloud Platform, the bank is also looking forward to providing consulting services and various other proposals for the creation of these new systems," said Wachi.