Nutanix introduced the first Hyperconverged platform to the market in 2011. While other Hyperconverged solutions have since come out, what differentiates Nutanix from the other solutions is the focus on implementing a highly scalable, reliable and performant distributed systems architecture. As the first engineer at Nutanix, I was involved in developing one of the core pieces of this distributed system – the distributed metadata subsystem and I wanted to talk about some of the salient features of the Nutanix metadata store. In case you were wondering what is metadata, it describes where and how data is stored in a file system, letting the system know on which node, disk, and in what form the data resides. Metadata store is where all this metadata gets stored.

ADSF logically divides user VM data into extents which are typically 1MB in size. These data extents may be compressed, erasure coded, deduplicated, snapshotted or untransformed vanilla user data bits! The granularity of deduplicated and snapshotted extents may get reduced from 1MB to be as small as few KBs. The data extents can also move around; hot extents stay on faster storage (SSD) while colder extents move to HDD. Furthermore the extents get stored closer to the node running the user VM providing data locality and may move once the VM moves to another node. To support all the above functionality and features, the ADSF metadata is very granular and can be fairly complex and large in size. The size and performance requirements for the metadata store along with distributed systems architecture of ADSF necessitated that the ADSF metadata store implementation be a shared nothing fully distributed system in itself. The ADSF metadata store, internally called Medusa Store, is a NoSQL key-value store built on top of heavily modified Apache Cassandra.

Medusa Store, like other competent distributed key-value stores out there, has no single point of failure, with every node having symmetric capabilities. The shared nothing architecture of Medusa Store allows it to scale its performance and storage footprint linearly with the number of nodes. Unlike other open sourced key-value stores in market, Medusa Store really shines through when it comes to providing strong consistency guarantees along with unmatched performance (more on this below). Unlike traditional distributed storage systems, ADSF doesn’t use a Distributed Lock Manager for synchronizing data and metadata access. Fine-grained control of data and metadata through Distributed Lock Managers is notoriously hard to get right. Instead ADSF protects the VM disk (a.k.a vdisk) data by a coarse vdisk lock. Any access that logically modifies vdisk data will be done by the node that holds this lock – the owner for the vdisk. This is usually the node on which the VM is running. However this coarse level vdisk lock doesn’t protect VM metadata which is more fine grained and can be shared across vdisks. Most of the time the metadata is not shared between vdisks and the top level vdisk lock ensures that vdisk metadata gets accessed from a single node. But then there are cases where metadata is shared across vdisks such as with snapshots, deduplication and/or erasure coding. Also there may be races in accessing metadata when ownership of vdisk moves between nodes. In these cases the same metadata may be accessed (read/written) concurrently from different nodes. Now, you may wonder what happens if two nodes try to mutate the same metadata concurrently and what happens if failures occur while ADSF was in the process of making these changes. In that case it’s necessary to have a fail-safe – a way to synchronize concurrent access of metadata from multiple nodes and a way to rollback (or roll forward) changes that were in flight when a failure occurs. Medusa Store comes to the rescue in both cases. Below, I describe the most important features of Medusa Store and how they help solve the problems I describe above – 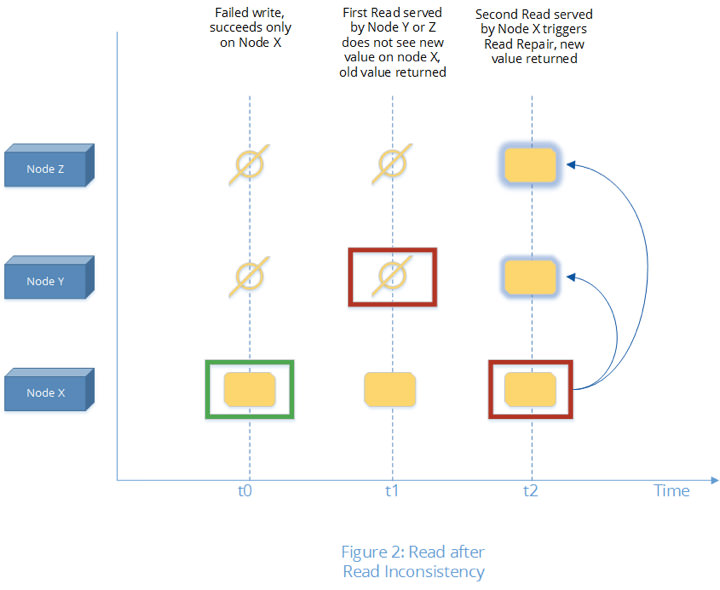