How Does Hybrid Cloud Work?

With now two types of clouds to account for, we would naturally need terminology to describe the transmission of applications and data between public and private clouds. This architecture is what we define as a hybrid cloud. As an encrypted highway of sorts, hybrid cloud computing allows operators to perform a single task leveraging two separate cloud resources. However, keep in mind that most hybrid cloud environments utilize two separate private clouds. The key to remember is that a hybrid combines the resources of two different clouds or a mix of both. If you were to visualize a Venn diagram, and assigned an on-prem private cloud on the left and a cloud-hosted private on the right, a hybrid cloud would entail the sum of both parts. The overlapping space in the middle represents the hybrid layer.

The Difference Between Hybrid Cloud and Multicloud Model

What about environments that utilize both public and private cloud infrastructures but data may or may not be shared between them? How do we categorize this scenario?

This term associated with this new hybrid cloud architecture is called a “multicloud environment”. These types of cloud environments differ from hybrids, as they suggest the presence and usage of many clouds without the guaranteed interoperability between them. Utilization of this emerging architecture is growing as it provides access to several service models within the cloud.

One common misconception when comparing hybrid and multicloud infrastructures is that the two are mutually exclusive. The explicit definition of a multicloud environment, more than one, suggests that a hybrid cloud model is also indeed a multicloud model. However, the inverse is not always true. A multicloud configuration can be hybridized but it can also exist without the need for individual clouds to talk to each other.

The most obvious reason for this siloed approach is data security. Despite having data encryption and other threat prevention capabilities, cloud operators still fear the exposure to risks associated with moving data in between clouds. That doesn’t mean, however, they won’t need to use many clouds at one time. Organizations from both the public and private sectors are increasingly presented with business justifications for managing workloads amongst several cloud providers. In these instances, the clouds are running multiple tasks. Clouds aren’t sharing data or computational power for a single output like in the case of the hybrid environment. Aside from security, many organizations literally stumble into a multicloud environment as they don’t have a business justification for sharing apps or data between clouds.

In a recent analyst report on cloud strategy leadership, several industry-leading analysts concluded that the security posture of major cloud providers is as good as or better than most enterprise data centers. Security should no longer be considered a primary inhibitor to the adoption of public cloud services. However, it is not as simple as moving on-premises workloads to the cloud. Security teams should look to leverage the programmatic infrastructure of public cloud IaaS. Automating as much of the process as possible will remove the potential for human error — generally responsible for successful security attacks. Keeping track of security controls needs to be programmatic for ensuring complete cloud compliance.

Why Choose a Hybrid Cloud?

Is Hybrid Cloud the Right Solution for My Business?

How to Get Started

Build your clouds your way in a few clicks. Instantly complete all your IT tasks on a unified cloud platform with Nutanix. Visit www.nutanix/uk/one-platform to take a test drive today! 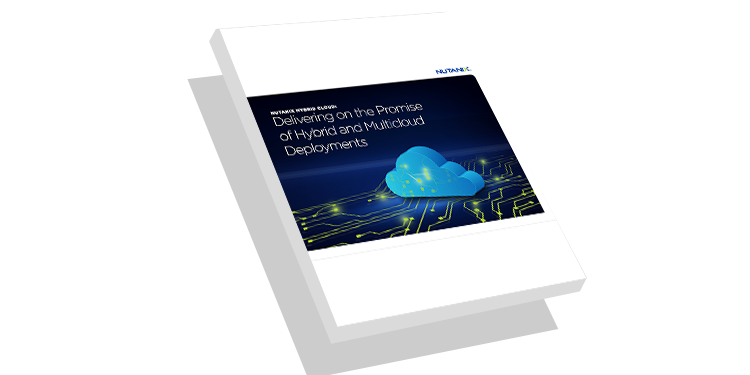 Get the White Papaer 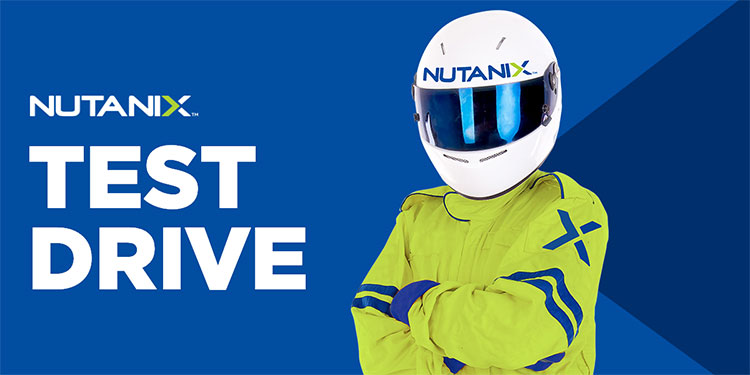