Hypervisors play an essential role in enabling server virtualization, which is itself essential to enabling cloud computing. Broadly speaking, virtualization refers to the use of software to simulate or emulate physical resources. In the case of server virtualization, a hypervisor is a software process that creates and runs virtual machines (VMs) using the resources of physical hardware. The hypervisor abstracts and isolates the VMs and their programs from the underlying server hardware, enabling a more efficient use of physical resources, simpler maintenance and operations, and reduced costs. 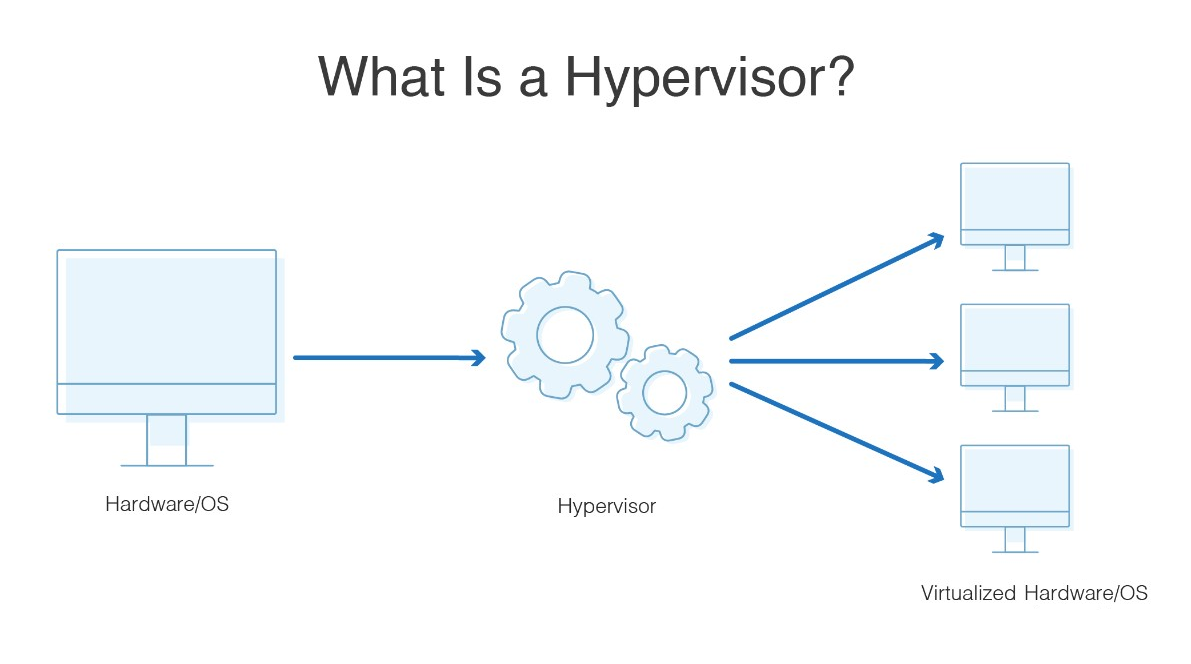 Why Use a Hypervisor?

The primary technological problem that hypervisors solved was that most physical hardware could run only one operating system at a time. This constraint often led to wasted resources, as a single OS seldom fully utilized the hardware’s capacity.

Hypervisors address the above constraint by aggregating the resources of virtualized physical servers (such as memory, network bandwidth and CPU cycles) and then allocating those resources to virtual environments, called virtual machines. Hypervisors are also known as virtual machine monitors (VMM). A VM is essentially a software-based computer, with access to the same resources as a physical computer, including an OS and apps. However, a hypervisor lets you run multiple VMs as guests, thereby using the physical resources of the underlying host machine much more efficiently. Each VM can act as a dedicated machine for every service, app or operating system, allowing you, for example, to run multiple different OSs on a single server. The hypervisor also separates the VMs logically, which protects each individual VM against the effects of problems with other individual VMs on the same hypervisor, such as crashing, errors, or security attacks.

How Hypervisors Enable the Benefits of Virtualization?

As software, hypervisors decouple the OS and apps from the physical host. This decoupling provides an array of benefits, including the ability to easily and quickly migrate the VM from one host to another without disruption. This capacity, called live migration, is essential for workload balancing. Live migration also occurs automatically in the case of node failure, providing high availability and increased uptime.

Virtualization enables cost savings through reducing physical footprint, which in turn reduces costs for electricity, cooling, and maintenance. Virtualization also greatly improves agility and speed in delivering IT services. For example, it is far easier to spin up a VM than to provision new environments to satisfy customer requests.

Deep Dive into the Native Virtualization Architecture of Nutanix AHV

Getting Started: Why Nutanix AHV is Made for Your Enterprise Applications

Type 2 hypervisors differ in that they run as applications on a physical server’s preexisting OS. Because they run on the host OS, which sits between the physical server and the hypervisor, they are also known as “hosted” hypervisors. Type 2 hypervisors are not ideal for server-based environments, given that they have a higher latency and risk exposure than Type 1. They are, however, relatively easy to install, and can work well in specific use cases, such as individual PC users who need to run more than one operating system, and where performance and security are not principle concerns.

Because a virtual machine (VM) environment is isolated from the rest of a system, whatever operates inside a VM will not affect or interfere with anything else running on the host hardware. In the unlikely event that a VM is compromised, the entire system should not be impacted.

However, cybercriminals have been known to compromise hypervisors. The impact of such a compromise can cause problems for all of the VMs that the hypervisor manages, leaving the data in each VM vulnerable.

Security protocols and requirements may vary based on the type of hypervisor.

Top Considerations When Selecting a Hypervisor

“With all of the management savings we’ve obtained by moving to the Nutanix Enterprise Cloud and AHV, we can now focus on supporting our Citrix end users, rather than spending all of our time on the underlying infrastructure.” Paul Farrell, Black Hills Energy

“AHV was a major selling point. We considered alternative virtualisation platforms, but as well as the licensing costs – always an issue for publicly funded organisations like us – we wanted a virtualisation platform that could take full advantage of other core infrastructure services, as well as one that didn’t require yet another management interface or the skillset to go with it. Nutanix AHV has given us all that, and more.” Amardeep Rai, SMG

“It took us less than a week to become comfortable with AHV. AHV is a simple solution with everything we need displayed in one console, and we love the one-click non-disruptive upgrades. We also don’t miss the nighttime upgrades or the inefficient silos of a separate NAS.” Armando Muniz, JetBlue 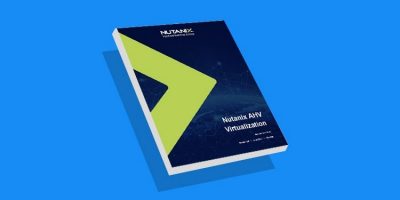 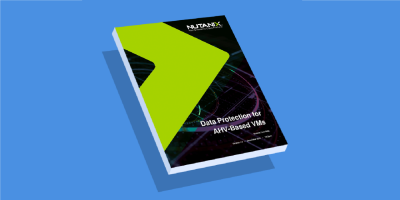 Download this tech note for an overview of the VM data protection options available when using AHV on Acropolis, including their methods and functions. 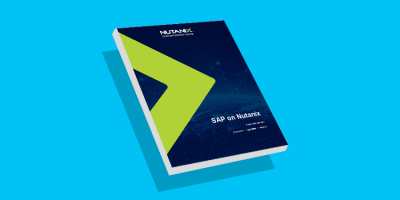 Download this solution note for an overview of the Nutanix enterprise cloud software, as well as recommendations for designing and configuring SAP on Nutanix. 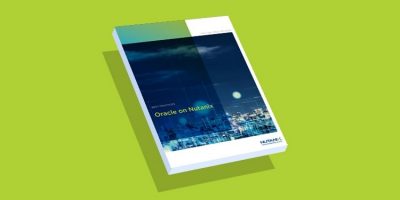 Leverage native Nutanix AHV to remove the complexity of managing and optimizing underlying infrastructure and free yourself to focus on higher value tasks, such as application enhancements and accelerating time to production. 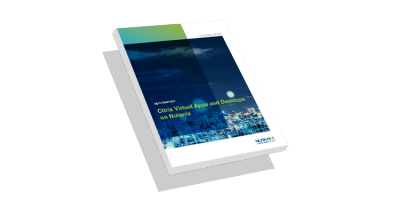 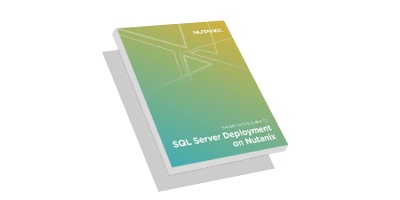 Learn how to leverage the performance and management advantages of Nutanix hyperconverged infrastructure (HCI) for your Microsoft SQL solution.