Pandemic Mobilises Nedbank to Move VDI to the Cloud

Embracing a more cost-effective and secure way of delivering desktops to its employees, Nedbank leverages Nutanix to scale desktop environment to the cloud

South African financial services provider Nedbank has partnered with Nutanix to find a new way of delivering desktops to its staff and reduce downtime at the Forbes Global 2000 organisation. Using Nutanix solutions, Nedbank not only improved the delivery of its virtual desktop infrastructure (VDI) but also evolved into a fully hyper-converged environment, significantly reducing the amount of IT overtime at the business.

When its teams were forced to work from home at the start of the pandemic, Nedbank had to scale its systems rapidly. A project it needed to manage entirely in-house. The beauty? Because of its current investment in Nutanix, Nedbank did not need to increase its infrastructure team to address the management of the Nutanix solution but instead used Nutanix Life Cycle Manager (LCM) to provide it with intelligent infrastructure software and firmware upgrades. Nutanix has also historically enabled Nedbank to overcome the limitations of a traditional silo-based approach from its existing converged solutions.

We began investigating how to overcome these inefficiencies two years ago. For us, it was as much about optimising the processes as it was about taking ownership of the entire solution stack. We, therefore, required a value proposition that would deliver 99.999% uptime while enabling us to roll out and update desktops without disrupting the business.

Nedbank is one of the largest banks in South Africa. Its 30 000 employees service more than 10 million clients across 600 branches. It provides wholesale and retail banking services as well as insurance, asset management, and wealth management.

The Nedbank Group has a market capitalisation of R107 billion (as at 31 December 2019) and manages more than R330 billion in assets.

Nedbank began its converged technology journey in 2012 when it rolled out its first Citrix VDI solution. However, the organisation did not own the entire solution stack and was constrained by a silo-dominated approach. This resulted in having separate, dedicated teams managing storage, networking, its Citrix-based End User Computing, and its VMware environment.

If any team encountered technical problems, it would take a significant amount of time to either fix or restore systems to a functional state. The resultant downtime negatively impacted operations at the bank, resulting in bad customer experiences and requiring IT teams to work after hours to keep systems running optimally.

To realise Nedbank's vision of a hyper-converged architecture the environment had to be appliance-based. This would enable Nedbank to better manage the resources between the various internal clusters. It also meant that the solutions used would not be specific to a typical three-tier architecture but rather provide an integrated view of all IT operations.

To this end, Nedbank used the Nutanix Lifecycle Manager (LCM) already built-in to its Nutanix environment, for user-friendly and non-disruptive upgrades of the 17 Dell XC clusters running Citrix on vSphere. This can now be done effortlessly during standard business hours. In total, Nedbank has more than 7 000 virtual desktops in its 147 node environment, requiring frequent security updates and patches to safeguard the environment. Such is the efficiency of the Nutanix LCM solution that it only requires a dedicated team of five people managing it.

Nedbank is also using the Nutanix Prism Central application on its virtual machines (VMs) to manage the different clusters across separate physical locations on one screen. It provides complete organisational visibility of the distributed environment behind a single pane of glass. For example, getting an in-depth analysis of the VMs and identifying where latency issues in the environment are occurring.

The third component is the Nutanix Acropolis (AOS) solution that integrates storage, compute, and networking resources into a scalable, secure, resilient, and user-friendly software-defined infrastructure.

"During the sudden switch to work from home, as a result of the pandemic, we did not have to increase our infrastructure but rather optimise the way VDI is delivered to new users on the same platform. Using the Nutanix LCM software, we can now maintain and upgrade mission-critical infrastructure during business hours without impacting any of our operations,” says van Tonder.

From a deployment perspective, rolling out the Nutanix solutions was very intuitive with the organisation assisting Nedbank whenever it ran into any issues.

"Technically, Nutanix provided the necessary support and fixed any challenges that we ran into. This project highlighted the excellent collaboration between Nutanix and us. The Nutanix LCM software has fundamentally changed the way Nedbank does its updates. Previously, it was a case of having to schedule overtime on a Saturday night when no users would be accessing the system. Now, our IT team can perform firmware updates during peak office hours and not cause any disruptions to the VDI environment or client systems,” adds Gawie Steynberg, multi-product specialist at Nedbank.

Steynberg believes the scale and complexity of the Nedbank environment makes the smooth transition into Nutanix LCM impressive.

“From a process perspective, this is something that does not happen often. The capabilities that Nutanix LCM provide Nedbank are innovative and scalable to meet our growing business requirements. It all came down to taking the leap and trusting Nutanix to deliver on what they promised. We can confidently say that this has been the case with LCM."

The Nedbank team has embraced the Nutanix solution and invested in skilling themselves up to get the most out of it. In fact, Nedbank has the most Nutanix certifications in the region.

"Working with Nutanix has been great as we can have a good, interactive, problem-solving discussion with their technical experts. They are very engaging and committed to assisting us in getting the most out of our VDI and hyper-converged environment,” says van Tonder.

The impact that COVID-19 has had on the global economy has resulted in many CapEx projects at a host of enterprises being frozen. Having said that, Nedbank is looking at introducing additional capacity and monitoring features from Nutanix into the hyper-converged environment.

“Even though we are currently running most of the solutions in-house, Nedbank is leveraging the expertise of Nutanix to ensure the environment is running optimally. This is akin to not having to check our own homework and using the experience of Nutanix to identify where we can bring further enhancements,” says van Tonder.

Ultimately, the reports that Nutanix are compiling are used to assist Nedbank in ensuring it is complying with best practices and that all the latest patches are implemented as effectively as possible. 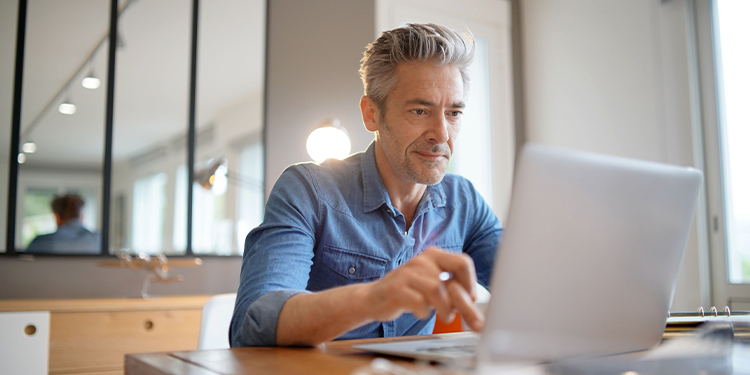