New, Now, NEXT: The Best Insights from NEXT Magazine 7.0

Extra! Extra! Read all about it! Issue 7 of NEXT Magazine is here and overflowing with can’t-miss content.

In case you haven’t read it before, NEXT Magazine is your go-to source for practical advice, bold ideas, and occasionally controversial opinions from some of the IT industry's leading change agents.

On the docket for this issue: childhood dreams coming true, humanitarian drones, a robot that looks like Audrey Hepburn hanging out with our very own Nutanix CEO, a guy who’s had over three hundred jobs, and so much more! Read on to get a sneak peek at what we have in store for this issue, out now.

How to Stay One Step Ahead of the Robots

As our world becomes increasingly automated, chances are you’ve heard people talk about the fear that robots are taking our jobs. While automation in the workplace is inevitable and knowing how to keep up can seem impossible, Keith Townsend, co-founder of The CTO Advisor, is confident that IT automation doesn’t have to impact our job security negatively. It just might strengthen it.

Learning and adapting is key. “IT automation relies on people who are willing and able to develop new skills.” Evaluating your repetitive activities, taking note of which processes are the most time consuming, and updating or creating templates are all part of the changes that help leverage automation in your favor.

Townsend shows us how to prepare for automation in his article “IT Automation Won’t Take Your Job. It Just Might Save It.”

Recipe for IT Transformation

You just landed a new position as chief technology and operations officer for a huge company and you’ve inherited a variety of new, critical responsibilities. Meanwhile, you’re also facing higher than average turnover rates among IT staff and company-wide frustration with the IT team. What’s the first thing you think to do? Surprisingly, Enda Kyne’s first answer was “slow down.”

Drawing on more than 30 years of experience in IT, Kyne shared with us the five-step recipe he used to successfully transform his IT team (and decrease spending by 10%).

See which of Kyne’s ingredients you can mix in to improve your team in “Doing IT Right: 5 Tips to Transform Your Team.” 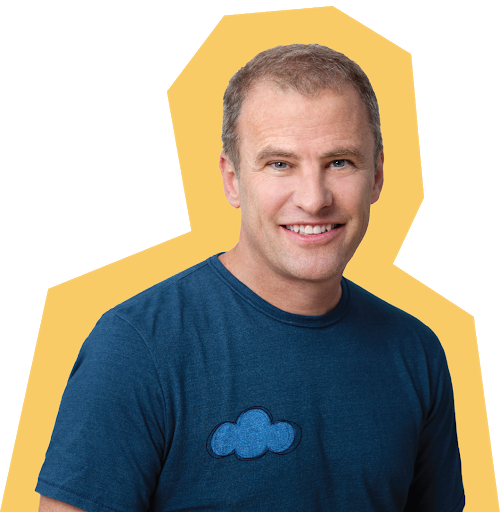 From Childhood Dreams to Reality

(At the risk of dating himself) Brian Stevens said that when he was growing up, computer technology was just starting to be accessible to high school students. He found programming fun, but had no idea what the career possibilities could be.

Flash forward to today, and Stevens has a laundry list of accolades in the tech world. He was instrumental in the development and success of technologies such as Open Source, AWS and Google Cloud.

Now as a Nutanix Board of Directors member, Stevens calls himself an enterprise cloud pioneer. Who better to share some thoughts on the current and future state of cloud technologies than the man who’s been working with this technology from the start? Check out Stevens’ Q&A in “Opening Up About the Cloud.”

The Closest Thing to a Global Cultural Barometer

Do you communicate using low context or high context? What about evaluating, do you lean more towards direct negative feedback or indirect?

When it comes to the global cultural workforce, how we answer questions about our business style can significantly impact personal happiness and company cohesiveness. Erin Meyer developed eight separate behavioral scales to allow executives and employees to pinpoint their business styles and better address cross-cultural friction in the workplace.

Check out Meyer’s success stories using this method and take the 25-question assessment for yourself in “Vive la différence!”

While the 2021 Tokyo games might be on hold for now, our excitement isn’t! Follow this Olympic timeline to see the tech breakthroughs that have changed the way we compete, win, watch, and experience the world’s most epic sporting event.

Check it out in “Faster, Higher, Stronger: How Technology Transformed the Olympics.” 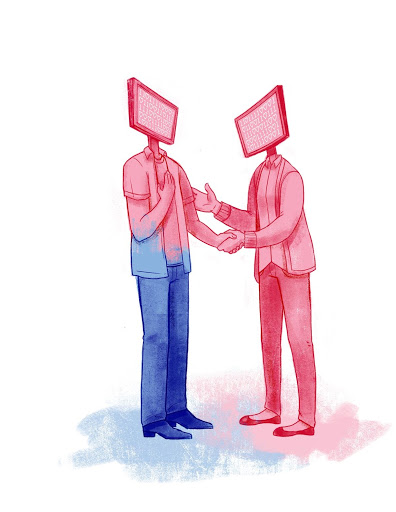 Changing Culture Through Coders Who Care

April Wensel doesn’t want to be just one of the “brogrammers” (bro-programmer). After ten years working as a software programmer in Silicon Valley, she became all too familiar with the negative behaviors of the coding world - elitist attitudes, lack of cooperation, and toxic stereotypes. That’s why she founded Compassionate Coding, a company that teaches coders to reconsider the human aspect of their work through emotional intelligence and compassion.

Read more about April Wensel’s work in Coders With Heart Can Change the World. 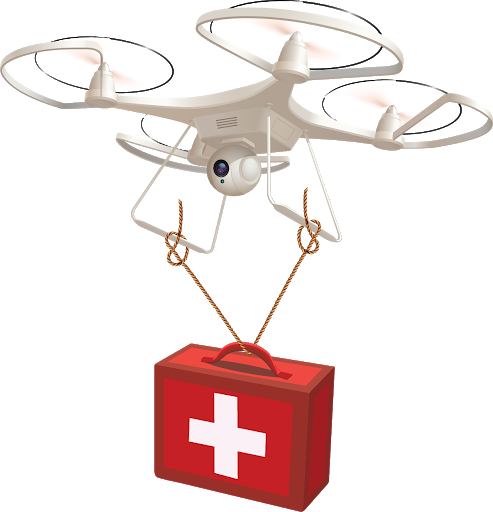 Forget What You’ve Heard About Drones!

No, this isn’t the masterplan of someone who wants to be awarded the Nobel Peace Prize, it’s the humanitarian, conservation, and social efforts that drones have been used to accomplish in the past few years. Check out this piece on “Drones Doing Good” and have your
preconceived notions of drones expelled!

Sophia is witty, knowledgeable, and well-spoken. She has spent time with Angela Merkel and Chrissy Teigen, and given speeches all over the world. Some say she also resembles Audrey Hepburn. Plot twist... Sophia is a robot.

“I see myself as an ambassador of machine-kind,” Sophia told Nutanix co-founder and CEO Dheeraj Pandey during their Q&A session at the recent .NEXT on Tour conference in Saudi Arabia. Sophia also shared her perspective on the state of technology today, and shared her personal hopes for the future. She was anything but robotic.

See what you think of Sophia and Pandey’s conversation in “A Q&A with Sophia the Robot.”

As the host of Dirty Jobs on the Discovery Channel, Mike Rowe traveled to all 50 states and worked THREE HUNDRED different jobs. From swamps to sewers, there was nothing he said no to. 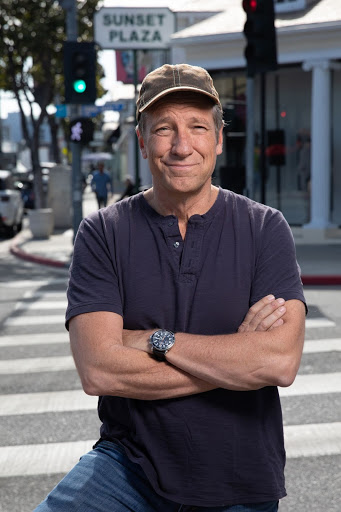 We asked Rowe to share with us some of the takeaways from his extremely unique experiences. In this interview, he focused on the need to expel some of the most popular ideas behind education and career goals. “In the same way that society needs to change its definition of what good and meaningful work is, people need to be open to the fact that their talent and their best available opportunities might not line up with their desires,” said Rowe.

See why Mike Rowe is adamant about NOT following your passion in “Rethinking Education, Work, and Finding Your Passion.”

Ford’s Futurist (No, This Isn’t The Name of a Car)

Becoming a career futurist is not something that Sheryl Connelly could have predicted… pun intended.

As Ford Motor Company’s Chief Futurist, Connelly’s job entails assessing the consequences of future challenges and opportunities. To accomplish this, Connelly spends a lot of time researching short and long term trends, and her findings are no secret. Each year, Connelly and her team compile a report on micro trends and publish it for public viewing.

In the 2019 report, surveys of more than 13,000 consumers across the globe revealed that people in China and India are significantly more excited about self-driving vehicles than people in the U.S., U.K., or Germany. Connelly says these are the reports that can “help reframe conversations at Ford.”

Look further with Ford’s futurist in “Trending Now, Trending Next: The Musings of a “Futurist”.”