Shinsegae Group ensures great shopping experiences throughout the year, even during peaksales periods, across its 23 affiliated companies using the Nutanix Cloud Platform 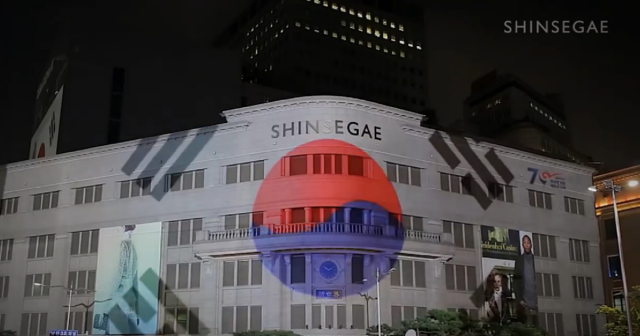 The retail industry is rapidly changing with new IT developments being applied faster than any other industry. Shinsegae takes the lead in providing technology to bring the best experience to its customers.

Shinsegae I&C runs a variety of workloads on Nutanix, recently expanding that list with S/4HANA. In this session you will hear why they selected Nutanix as a partner to build their cloud and run S/4HANA, some of the challenges, learnings, and successes along the way, as well as some of their plans moving forward.

We are very satisfied with the virtualization, high performance, high availability, expandability, and convenience of our private cloud with Nutanix. Shinsegae I&C now has the best private cloud construction capability in Korea, in cooperation with Nutanix.

Shinsegae Group operates department stores, E-Marts, duty-free shops, and convenience stores and the Starbucks retail chain in Korea. Shinsegae I&C provides the group’s IT services, which play an important role in the organization’s growth. Retail has transformed into a high-value industry using IT to provide new shopping experiences. Shinsegae I&C has deployed leading technologies and services for Shinsegae Group that provides customers with the best shopping experiences. As the market changes rapidly, Shinsegae I&C can apply new IT technologies faster than ever while maintaining stability.

Shinsegae I&C has been preparing for a cloud strategy since 2012. It brought in Nutanix to build cloud platforms for IT systems within the group’s affiliated companies. In 2019, Shinsegae I&C opened a new software-defined data center (SDDC) IDC in Gimpo, Gyeonggi province based on Nutanix Cloud Platform. Shinsegae I&C is currently migrating systems to its new IDC, and planning a hybrid cloud and consulting service business, based on its accumulated expertise with Nutanix.

The retail industry is special because it constantly has to deal with consumers. Therefore, an uninterrupted and continuous service is critical. Shinsegae I&C has provided continuous service to customers, but the I&C team had to update the system for about one day during the holidays. Furthermore, transaction throughputs during major shopping seasons and special promotions are difficult to predict precisely, with transactions reaching 10 times the average. Proactive IT resource management is needed, such as quickly scaling resources during peak transaction periods, and immediately retrieving data if necessary.

Shinsegae I&C, which has to manage the IT infrastructure of 23 affiliates within the Shinsegae Group, used servers and storage from different vendors, creating a lot of management pain. There were many points of potential failure, resources were difficult to manage, and processing was slow and error prone. Improvements in managerial efficiency and quality were urgently needed. Shinsegae I&C wanted IT with greater expandability, compatibility, flexibility, and availability. In addition, as a part of its cloud strategy, Shinsegae I&C looked to create a cutting-edge IDC and transfer all systems to the new site.

Shinsegae I&C started to migrate IT to a Nutanix Cloud Platform. The first project was to switch more than 60,000 Microsoft Exchange Server users to Nutanix. It was not an easy decision because a large number of users access the application at the same time. However, the Nutanix solution performed better than expected. After testing the system with the Microsoft JetStress tool and inline compression, Shinsegae I&C found it achieved more than four times the input/output per second (IOPS) of what had been expected.

Shinsegae I&C migrated its Oracle Exadata, SAP, and virtual desktop infrastructure (VDI)systems over to the Nutanix Cloud Platform after testing its performance, stability, and the efficiency of its transaction processing. To ensure high enough throughput, it introducedNutanix NX-8150 nodes, and later confirmed the excellent performance and expandability. Jeong-hyun Sohn, head of IT business at Shinsegae I&C says, “Nutanix provides high
performance and managerial efficiency for critical IT services. The expandability is stunning, and I can see that it is easy to implement and that it has excellent performance.”

Shinsegae I&C is now migrating more systems to Nutanix and applying Nutanix technology that accepts GPUs such as TensorFlow. Ah-Reum Jung, managing director of Shinsegae I&CIT1 says, “We plan to transfer everything to Nutanix when our hardware comes to the end of its life cycle. Nutanix AHV gives us all the features we need without the extra licensing costs and complexity.”

In the past, it was necessary to have numerous discussions with engineers from different vendors to make IT changes. However, with Nutanix Prism, Shinsegae I&C can manage its infrastructure through simple clicks, preventing system failures in advance and tracking issues if they should occur.

Over 60% of IT workloads now run on Nutanix

Shinsegae Group’s 19 affiliated companies, including department stores, E-Marts, duty-freeshops, and hotels are operating using Nutanix. In addition, more than 80 percent of the group's employees are working remotely using the VDI on the Nutanix environment. Shinsegae I&C now plans to convert and operate all workloads on Nutanix in the future.

Since the introduction of Nutanix, the Shinsegae Group’s IT has been stable even when transactions increase more than ten-fold during festive holidays or sales promotions across all affiliates, for example when Shinsegae Duty-Free offers coupon promotions.

Also, in the past, the legacy infrastructure had to be stopped from running in active-active mode for a day during the holidays for updating. However, after the introduction of Nutanix, the update can be done in just a single minute, so the holiday system update is no longer necessary.

Migrating data between IDCs is a difficult project. Through the Nutanix Cloud Platform, Shinsegae I&C can plan an uninterrupted relocation of IDCs, which was impossible in the past. Following virtual-to-virtual and UNIX-to-Linux migrations, the number of Nutanix-based workloads has increased. The number of physical transfer equipment is minimized, and the transfer can be completed easily and reliably with the Nutanix Cloud Platform technology.

Shinsegae I&C is increasing the workloads on Nutanix from 60 percent to 100 percent, so that everything is under the control of Nutanix in the near future.
Shinsegae I&C's relocation to the new IDC is critical for the group’s cloud strategy. The new IDC with SDDC is a stunning IT facility, 1.5 times bigger than the previous IDC, and twice as efficient.

With the opening of the new IDC, Shinsegae I&C will pursue a hybrid cloud strategy that mixes private and public cloud to suit different workloads. Along with this, Shinsegae I&C plans to become a true retail technology company, expanding its cloud construction business.