Enterprises have widely adopted hyperconverged infrastructure to cloudify their data centers, but a new generation of HCI is helping them evolve their private into hybrid cloud infrastructure.

Hyperconverged infrastructure (HCI) has been around for more than a decade, simplifying data center operations and enabling them to scale faster and less expensively than older three-tier models. But HCI didn’t stop there.

A new generation of HCI has emerged as a foundation for running hybrid cloud IT operations, which leverage on-premises private cloud and public cloud technologies. Experts say this software-defined approach has evolved to meet many needs, including in-house application development and the ability to move data and apps between cloud environments, centralized and edge data centers.

“The value proposition of converged infrastructure solutions has evolved to align with the needs of a hybrid cloud world," said Eric Sheppard, research vice president, infrastructure platforms and technologies, at research firm IDC. “Modern converged solutions are driving growth because they allow organizations to leverage standardized, software-defined, and highly automated data center infrastructure that is increasingly the on-premises backbone of a seamless multi-cloud world."

Hyperconverged infrastructure uses intelligent software to virtualize, integrate and more easily control disparate data center technologies. IT departments use HCI to lower total cost of ownership (TCO), increase performance and scalability of IT services and improve overall productivity. Today, the technology and the meaning of its acronym are transforming.

He said the new generation of hyperconverged infrastructure balances the capabilities of both private and public cloud. HCI has become the foundation for hybrid cloud infrastructure.

“Part of it is having the ability for enterprise applications to run in a public cloud,” he said. “Easily managing and running cloud native applications on-prem is the other side.”

HCI at its core is a software-defined IT infrastructure. It virtualizes and integrates datacenter computing, storage and networking devices in simple, off-the-shelf server hardware. Like the cloud, HCI is rapidly and granularly scalable, able to grow by adding one server node at a time. The software virtualizes systems to form a solid foundation for running powerful private clouds inside enterprise data centers.

The CTO's Guide to Cost Savings in HCI Vs. Traditional IT Infrastructure 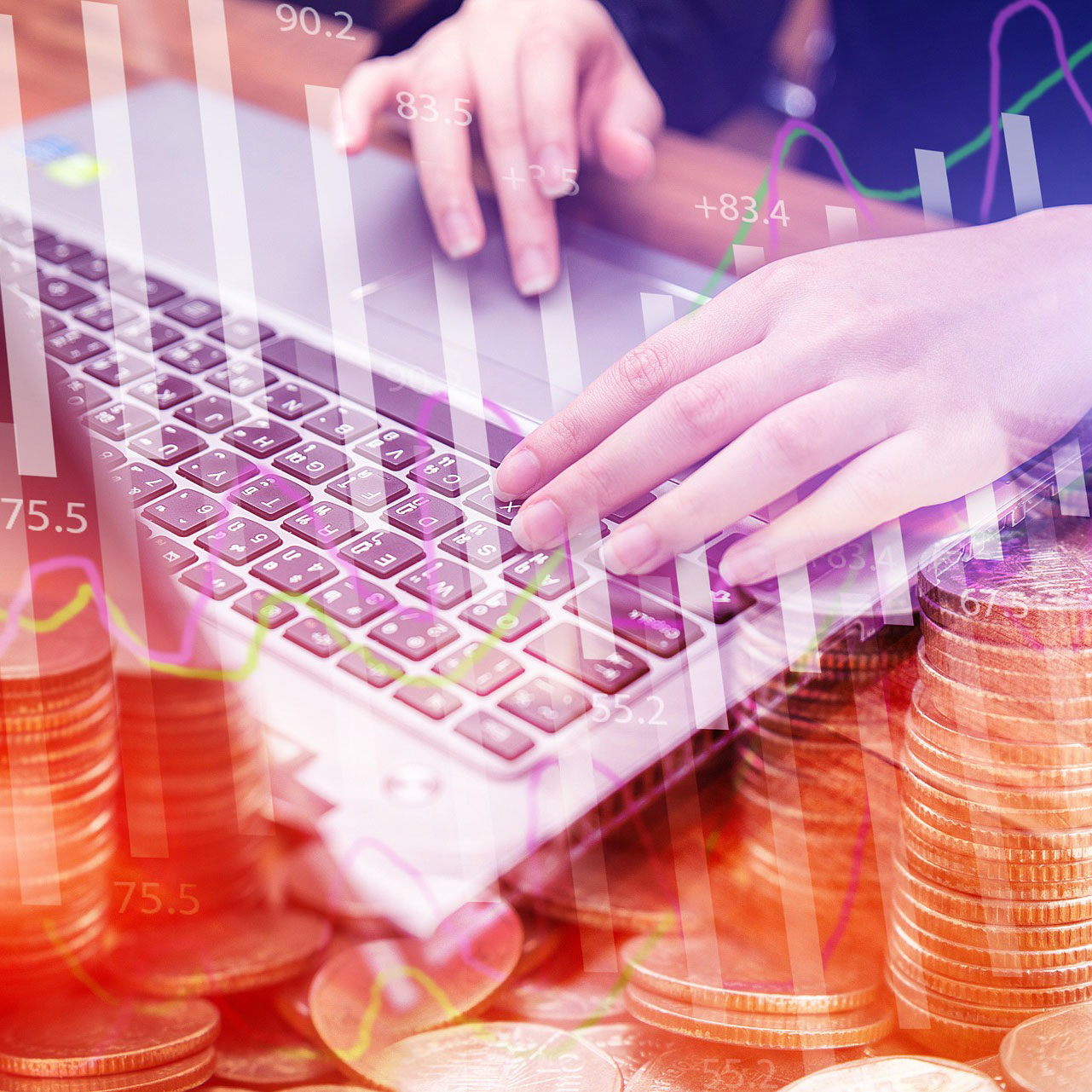 But boundaries between on- and off-prem cloud computing environments are starting to disappear, forming a hybrid cloud that will ultimately have common management, security and application portability. For three years running, Enterprise Cloud Index (ECI) research commissioned by Nutanix has shown that between 85% and 91% of global IT architects consider the hybrid cloud to be their ideal IT operating model.

What becomes of HCI in this emerging, integrated environment?

Research indicates that hybrid cloud and HCI do seem to go together. ECI 2020 data indicated that organizations that have embraced hybrid cloud are also far more likely to have also embraced HCI, compared to businesses running other IT operating models.

A landscape shift has been caused by recent moves by the major public cloud providers to support bare-metal computing, which allows premises-based cloud software and workloads to run in their environments. Bhattacharyya sees it as a game-changer in HCI, which can now extend into the public cloud.

“Without control over the hardware, we couldn’t control [application] performance,” said Bhattacharyya. “Until recently, we were at the mercy of what the public cloud vendors provided.”

A version of Nutanix Clusters for Microsoft Azure is being developed, Bhattacharyya said.

Although public cloud is becoming the destination of choice for many applications, some workloads may never leave the data center because of security, regulatory and access speed concerns. For example, latency-sensitive transaction-processing applications may stay on local infrastructure for performance reasons, but organizations might want to ship data from those apps to the cloud for data warehousing and analytics. 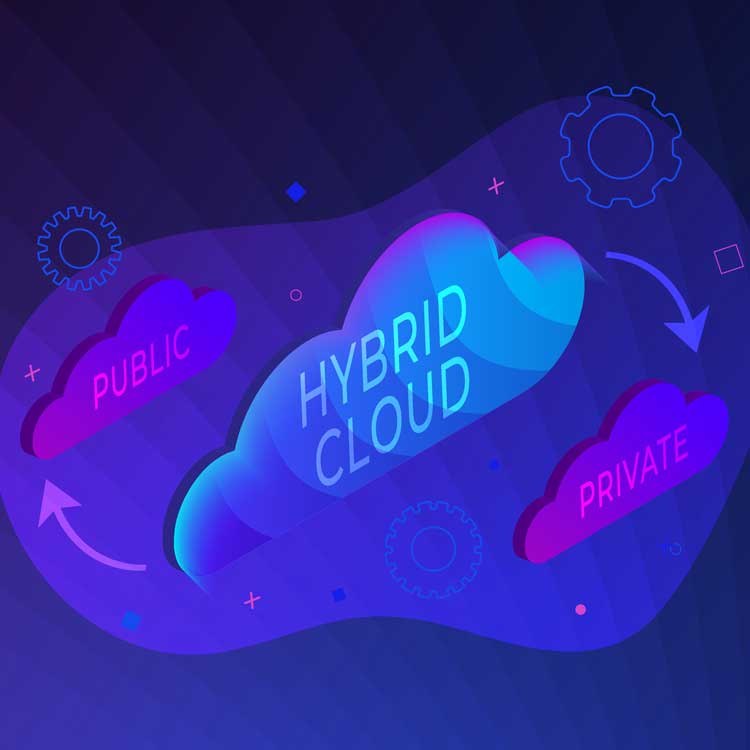 “That means IT managers need a single view of all their infrastructure and the option to shift workloads quickly to wherever it makes sense to run them,” said Steve McDowell, a senior analyst at Moor Insights & Strategy. “The [traditional] cloud model doesn’t scale across on- and off-prem” this way, he said.

Using a single HCI platform in both environments enables that flexibility.

“You should be able to take an application built on any cloud and run it on any other with the same scale, automation, fault-tolerance and scale,” Bhattacharyya said.

HCI: the OS for Hybrid Cloud?

If customers can create a replica of their on-premises infrastructure in the cloud, they can then move workloads at the byte level to where they make sense, said Bhattacharyya.

“Your traditional transactional database could be on-prem while the analytic workload could be in the cloud,” he said. “You can FTP data to the cloud and do analytics there, using the entire Nutanix ecosystem or choosing the pieces that matter to you most. This may completely change the way you look at HCI.”

Cloud infrastructure that’s fully compatible with what’s on the raised floor has other built-in benefits. Among these are application data backup and recovery and consistent security, disaster recovery, capacity management and overall governance, said Lucas Mearian, an IDC research manager.

McDowell noted that the virtual machine hypervisor has become the operating system for the data center, but there is no corollary for the hybrid cloud. A single hyperconverged infrastructure that lives in both places “gets rid of the storage and network administration,” he said. “It becomes the next OS for your data center.”

Expanded HCI also changes the cost equation by making it easier for organizations to adopt a single, pay-as-you-go pricing mechanism, noted IDC’s Mearian. “It moves HCI from a capex-heavy model to an opex model,” he said, referring to capital and operating expenditures.

Players other than HCI vendors will vie for the privilege of unifying on-premises and cloud infrastructure. Initiatives like Amazon’s Outposts and Microsoft’s Azure Stack are attempts by public cloud infrastructure providers to extend into their customers’ data centers with all the attendant benefits of simple management and provisioning.

McDowell thinks HCI has an edge in that cloud vendors will resist making it easy for customers to move workloads to competitive infrastructure, but HCI vendors can deploy across multiple clouds to facilitate choice.

“The more likely model is to start on-prem and leverage the benefits of the cloud," McDowell said. “That’s where HCI helps bridge the gap. It’s a single pane of glass into a number of clouds in a box.”

Rethinking Workloads in the Cloud Era

Another evolutionary path for HCI 2.0 may lie at the far reaches – or edge – of the network. Driven by the arrival of high-speed 5G wireless services, edge computing puts processing closer to the point at which data is captured and is projected to grow nearly 33% annually through 2017, according to Allied Market Research.

Edge computing will require the creation of potentially hundreds of thousands of small data centers in the field, many of them self-contained units attached to telephone poles or situated in adverse environmental conditions. It’s a situation that practically begs for HCI efficiencies, analysts say.

“Companies that need to deploy thousands of self-driving computers across a distributed network will want configuration to be as simple as possible,” McDowell said. “HCI can give you a set of compute and storage [resources]…in a hut at the edge that looks a lot like a data center,” he said.

Paul Gillin is a Forecast contributing writer and B2B content marketing strategist. He was founding editor-in-chief of B2B technology publisher TechTarget and editor-in-chief and executive editor of Computerworld, a tech newsweekly, for 12 years.