Italy’s TXT Group built a private cloud that allowed its IT team to meet the onslaught of remote workers while the country was locked down during the coronavirus pandemic.

According to the Organisation for Economic Co-operation and Development (OECD), Italians spend 1.5 more hours per day on leisure and personal care than workers in other Western countries. Only 15 percent are unsatisfied with how they spend their time, and a meager 8 percent report low levels of life satisfaction.

And so, until recently, it was not uncommon for many employees to leave their work at the office when they went home for the evening. However, the coronavirus has turned the Italian (and world) economy on its head, forcing millions of employees out of their physical offices for months and requiring their employers to support widespread remote work.

“We had to rethink the way we were working,” said Guido Angelo Ingenito, Group CIO for TXT Group, an engineering software provider for verticals like aerospace and aviation, car making and transportation as well as technology for the financial industry.

Perspectives on AI and Cloud in the Fight Against COVID-19

Many organizations in Italy were unprepared for the abrupt shift to remote work. As of last fall, the country had only around 600,000 location-independent “smart workers,” according to Digital Innovation Observatories of Milan’s Polytechnic University. By this spring, upward of 8 million Italians were working from home. The transition required businesses to rapidly roll out infrastructure and end-user applications to support remote work. Many companies understandably struggled with such a rapid deployment of new technologies and processes. However, TXT already had the tools in place to support the company’s end users.

Ingenito and his team already worked remotely much of the time. They were also in the middle of executing on a three-year infrastructure plan and had expanded their Nutanix infrastructure in March, just ahead of the country’s lockdown.

“At least half of my colleagues were already working remotely at the beginning of the lockdown,” said Ingenito. “So there has been a change, with more business units working online, but it has not been so dramatic. The pandemic came with the opportunity to review the way we were working before.”

Motivated in part by regulatory compliance, TXT Group has made significant investments in its back-end infrastructure and end-user IT environments in recent years.

“In our company, the main driver has been GDPR compliance and the ISO 27001 certification we achieved for our customers,” said Ingenito, referencing the General Data Protection Regulation law implemented in the European Union in 2018 and international information security standards. 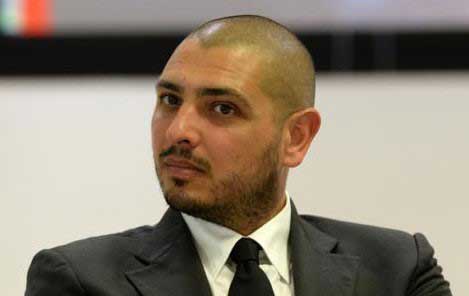 “We had the opportunity to address every weakness within our perimeter and arrive at our current situation. We had a huge transformation in the data center. We had a huge standardization of the network environment supporting our users. We implemented new tools to support software development processes.”

When the coronavirus crisis hit, the TXT Group already had collaboration tools to support remote work. However, the use of those tools has spiked dramatically in recent months.

The collaboration suite allowed TXT Group employees to essentially carry on with business as usual – even if it was unusual for them to be working from home.

“Thanks to the collaboration tools we implemented and our IT fleet of endpoints, the impact on end-users has not been so dramatic,” Ingenito said. “What changed is the way they organized meetings and how they reached each other.”

The company had also improved its readiness through investments in Nutanix’s hyperconverged, software-defined infrastructure, which runs virtual desktop infrastructure (VDI) and other applications for TXT.

Ingenito was also attracted to the speed enabled by Nutanix enterprise cloud technology – both in deploying the infrastructure and performance. After implementing it in March, he said his IT team saw dramatic performance improvements in how they could respond to needs.

“We’re running at least 50 percent faster than before,” Ingenito said. “What we were able to do in three hours of intense calculations before, we can now do in an hour and a half. We have also seen improvements on the user side, where we’re building and delivering software products in half the time.”

Ingenito was only three or four years old when he first became interested in technology. He had an uncle who worked for IBM. The younger Ingenito would tinker with technologies his uncle would bring home from work.

“That was my first interaction with technology,” Ingenito says. “I’m a computer science engineer, so it has been my field of study, work, and passion from the beginning.”

For this lifelong IT veteran, the current shift to remote work represents a fascinating case study in how technology can fuel business transformation. Moves made during the lockdown are likely to yield business improvements for years to come, he noted.

“The Nutanix implementation improves our capabilities in terms of planning a build and delivering and getting the software solution ready for the testing phase,” Ingenito said.

But while the coronavirus crisis will change the way employees in Italy and across the world work, it won’t have a drastic impact on his company’s IT roadmap, Ingenito said.

“We’ll all need to change the way we approach normal life. We will be back with new rules. Our offices will not have the same layout they had in the past, and this will also apply to other workplaces, such as restaurants. But we were on a good track before. So we will look at work activities to make them even more effective. But the roadmap we have in place, which is driven by risk analysis, will remain almost the same.”

“I’m building stronger relationships for IT across the business,” he said. “I’m building a strong operations team that applies a “think global, act locally” approach to improve business performance and optimize staff productivity.”

His vision and execution positioned TXT Group to handle the surge in remote workers during COVID-19. Now he’s in a better position to help the company shape its future.