For many, the explosive color and dramatic movements of fireworks are poetry in motion, a striking flourish to special holidays, music concerts, sporting events and other extravaganzas. But there’s a new player hovering on the horizon making night sky shows a lot easier on the ears and much more futuristic: drone light shows.

“There are things that you couldn't do with fireworks that you can do with drone light shows,” said Anil Nanduri, Vice President and General Manager of the Drone Group at Intel.

“These flying pixels are like digitized fireworks that can do storytelling, animating the sky in very interesting ways that are reusable, green and non-polluting.”

Drone fireworks have lit up Coachella and Disney, as well as the 2018 Winter Olympic Games and recent Super Bowl halftime performances. Hundreds of syncopated drones are becoming a staple of some of society’s biggest cultural moments because these performances are turnkey in nature, powered by software that directs hundreds or thousands of synchronized, airborne drones.

“What makes this whole thing work is software,” said Nanduri. “The drones are flown and controlled by the software, and the pilot is basically pressing a button on a computer.” 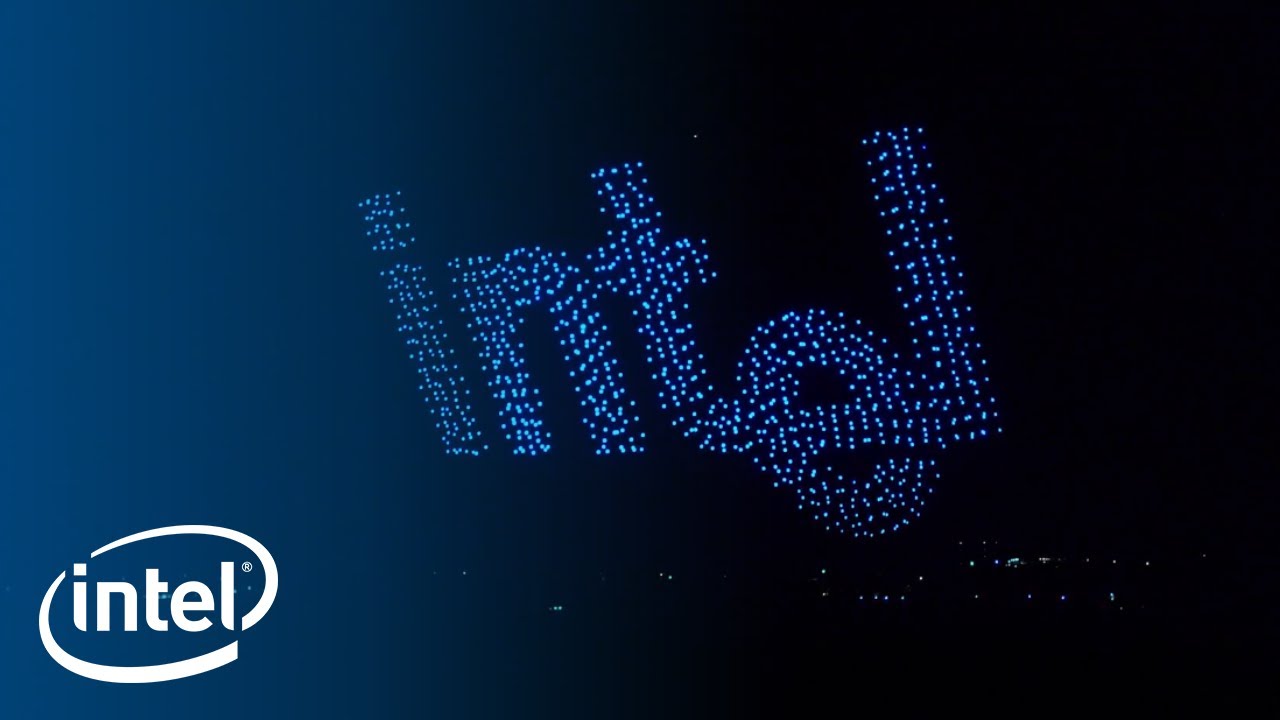 Nanduri said the operating system, the animation, the drone control software, and the drones themselves are packaged into a system that can be modified to fit any music or storytelling scheme for almost any kind of evening event.

“The technology was all purpose-built for lighting up the night sky in almost an infinite combination of movements and colors.”

The system takes three-dimensional animations and maps them to the drone control software. It automatically employs safety rules to ensure, among other things, a reasonable distance between all of the unmanned aircraft. Before any real-world testing can begin, they run multiple computer simulations. Finally, clients can make additional tweaks to colors, angles and timing after a show is previewed.

“Prediction, display, live effects and the drones come together in a highly choreographed presentation,” Nanduri said. “The software ensures the desired timing of the content as well as the effects that you want to generate.”

“You can do words, logos, characters. You can coordinate the sound effects with the lighting effects. You have innumerable light combinations with this LED technology that you can program into it. It has a lot more programmability, reusability and flexibility than fireworks.”

Intel has held over 1,000 drone firework shows in more than 23 countries. As these displays grow more prevalent, the performances are becoming more intricate and the amount of drones being used is increasing in number.

“The display in the sky will get brighter, denser and richer in terms of how you can do animation,” Nanduri said.

Drone light show innovations have made headlines this year. In April 2021, a drone light show in China created a scannable QR code in the sky to celebrate the one-year anniversary of a popular videogame. In March, Shanghai’ Genesis Motor Sales broke the Guinness World Record for flying the biggest fleet of unmanned airborne vehicles when 3,281 drones took flight to create the car company’s logo.

Nanduri thinks the applications of these dancing drones go way beyond making a fireworks celebration sparkle. Drones will continue to evolve into autonomous, mobile data machines or edge devices that leverage cloud computing. They’re already bringing new business value to many industries, including construction and restoration, search and rescue, or maintenance of infrastructure and equipment. Drones even helped make deliveries during the novel coronavirus as the world retreated inside and e-commerce boomed.

The next fleet of drones lighting up the night sky on Independence Day won’t just bedazzle spectators, it will push forward drone innovations that are changing our world.

Editor’s note: This is an updated article. The original version appeared July 02, 2019.