When most people think of the data centers that power companies like Amazon, Google or Facebook, they envision massive rooms lined with racks of blinking, beeping computers. But Richard Arsenian has a different perspective. He believes software can make data centers small enough to fly.

He first launched it in 2017 at the Nutanix .NEXT industry event in Las Vegas.

“The first time I flew my drone, I felt my spirit lift with it,” said Arsenian, a principal solutions architect for Nutanix. “I was filled with ideas about how these flying data centers can power the type of innovations that will actually help people.”

Arsenian’s drones use a mini NUC, enterprise cloud software, Wi-Fi and 5G to capture, analyze and transmit valuable location data for use in agriculture, construction, transportation and even search-and-rescue operations.

“It runs on Nutanix AOS plus OpenStack using open-source API’s to communicate with a flight controller,” he said. About the size of a smartphone, the computer affixed to the drone uses hyperconverged infrastructure to operate like a scalable, private cloud computer. 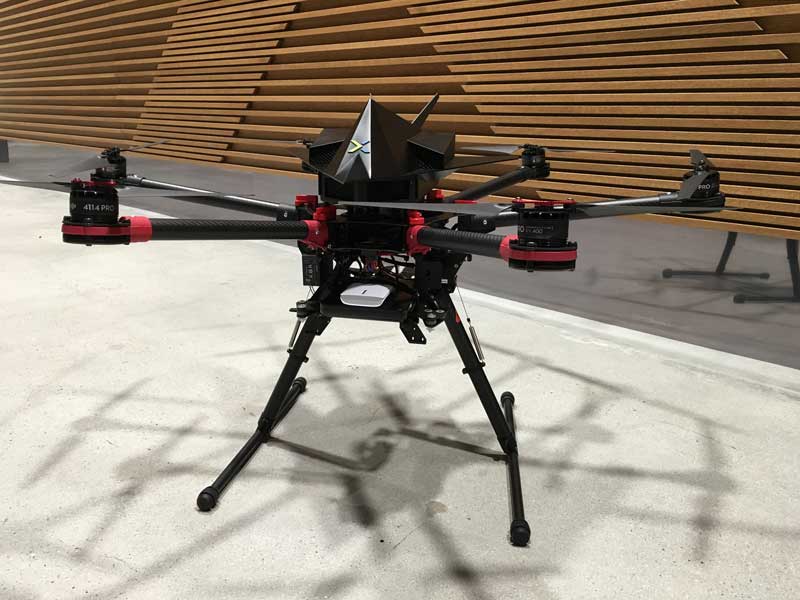 His goal is to give these businesses hyperlocal, real-time edge computing capabilities.

“Drone-based edge computing enables data processing right there on the drone rather than having to send it back to the cloud,” he said. “This capability helps organizations acquire insights more quickly and use those insights for improved decision making.”

Machine-to-machine communications are critical to transformative innovations such as self-driving cars. When roadways grow crowded with autonomous vehicles, communication among these vehicles will become vitally important to avoid accidents.

Drone-based edge computing will form the backbone of these types of machine-to-machine communications ecosystems, Arsenian said. It will enable data to be processed and acted upon with reduced latency. 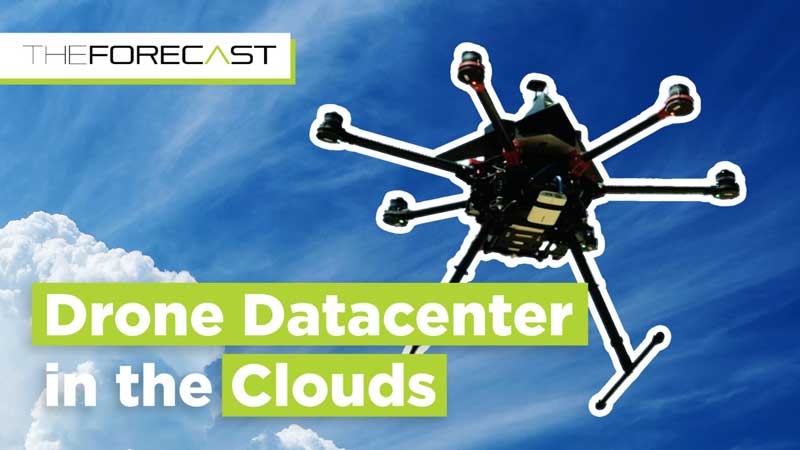 Arsenian envisions clusters of these kinds of drones working in tandem to improve response time while sharing data to reduce the possibility of data loss.

“Now that we're at a place where we can start moving drone data around, if something happens to one of our drones, we can move our workloads to neighboring ones," he said.

These same transfer capabilities mean a drone cluster is hardly affected by a single machine’s battery life or storage limitations. One device can hand off its operations to another, much like in a relay race.

"The idea is to be able to create a distributed file system in the sky,” Arsenian said. “It's about having data that is highly available, protected and distributed across these drones.”

Arsenian, who was born in Australia, spent his whole life fascinated by technology. When drones entered the tech scene, he immediately wanted to build his own. As his team at Nutanix explored the idea of portable data centers, he started tinkering with drone parts from eBay.

“Every time I look at something, I just either try to reverse engineer it or figure out what else you could do with it,” he said.

Having already had a hand in some unique inventions, including running Nutanix software in military backpacks to see how data could be processed or transported in the field of battle, Arsenian is looking toward the next frontier. 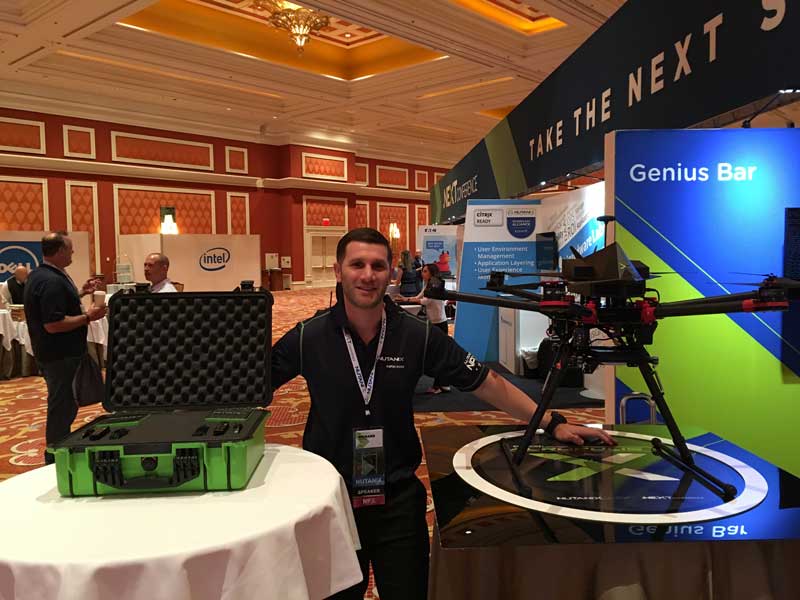 "We've got all these autonomous devices,” he said. “Data is being generated from our smartphones, from our cars and even from underwater data centers. We want to make the most of this data. When it comes to building a platform for distributed data systems, virtualization and data storage, we’re taking the principles that we’ve learned in traditional data centers and bringing them down to these commodity drone devices.”

Arsenian envisions a future where new technologies such as machine learning and artificial intelligence are built into enterprise drone platforms. These technologies would advance drone autonomy and allow them to provide more business value.

That would be a very welcome innovation.