This or That: VDI or DaaS?

With interest in virtual desktop infrastructure (VDI) ramping up, more and more companies are facing a fundamental question: whether to run VDI on-premises or in the cloud in a desktop-as-a-service (DaaS) model. The answer has little to do with which technology works better and everything to do with company objectives, requirements, in-house expertise and more.

With VDI, virtualized applications and desktops run on centralized servers and can be delivered to users across the network to end clients. DaaS is much the same, except the VDI services managed and delivered by a third-party service provider. Either way, the technology is intended to simplify IT operations and management, chiefly by removing the need to roll out applications to hundreds or thousands of desktops individually and continually support them.

There’s little question VDI is hot. Market Research Future predicts the technology will realize a compound annual growth rate (CAGR) of more than 16% from 2018 to 2025, when it expects the VDI market to reach about $25.5 billion. 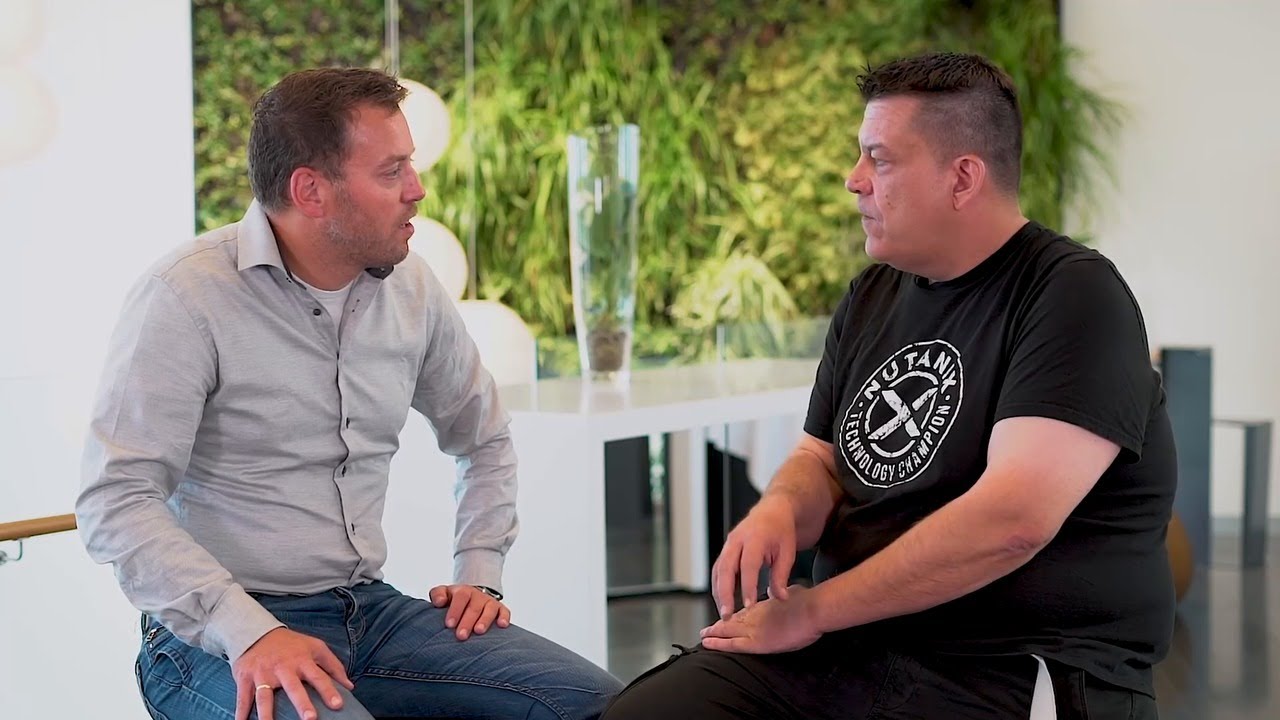 How Schools Use Virtual Desktops and Apps

How to decide between VDI and DaaS is a question Kong Yang deals with daily in his position as senior solutions marketing manager for End-User Computing at Nutanix. Nutanix offers a hyperconverged infrastructure (HCI) platform that supports VDI solutions from Citrix and VMware, as well as two cloud-hosted DaaS offerings, Xi Frame and Nutanix InstantOn for Citrix Cloud.

The VDI or DaaS decision comes down to a company’s business objectives and requirements, which includes the state of existing IT infrastructure, current in-house VDI expertise, and security and compliance regulations, Yang said.

Start with a Simple Question

Typical conversations about whether to go with VDI or Daas, he said, start with a simple question: Where do you want to run your VDI – on-premises or in the cloud?

For companies taking a cloud-centric approach or are making a concerted effort to use public cloud services, the answer may be obvious: Go with DaaS.

Some customers turn to the cloud to get a software-as-a-service (SaaS)–like experience. The right DaaS solution would enable such organizations to deliver virtual apps like SaaS to users while enabling IT to retain access and governance control over the cloud implementation, rather than risk “rogue” cloud deployments and shadow IT. IT can then monitor virtual app and desktop consumption and ensure people are actually using the apps and resources they requested, he said.

DaaS is also a natural fit for organizations with a seasonal workforce or temporary contractors like educational institutions and public sector. Schools, for example, can employ DaaS to meet student needs during the school year while not having to pay for student seats when school is out of session.

For companies without an overriding cloud-first initiative, Yang said it takes additional questions to decide on the best approach. One common factor to consider is the solution’s requirements. For instance, if the organization must use special USB devices beyond keyboards, mice, headsets, mass storage, and printers. Healthcare organizations often have smart card readers, imaging or other devices that attach to their desktops using USB and require special drivers not found in the base OS. Those USB devices usually require development work to handle the special drivers in order to be compatible with DaaS. So DaaS might be a less ideal fit in those environments, he said.

[Related story: Time is Right for a DaaS Uprising]

The level of IT expertise that exists in-house is also a factor. Some companies have lots of IT generalists who aren’t experienced with Citrix or VMware and don’t necessarily want to acquire it, especially if their organizations aren’t funding the cost of education and training.

“Having it managed by a third-party of experts allows them to focus on connecting their users to their apps and data; thus, meeting the business  needs,” said Yang.

Yang and his team often have to educate customers about common VDI and DaaS misperceptions.

The first, as mentioned, is that most virtual applications will run well, performance-wise, on VDI or DaaS. This includes compute-intensive applications like CAD and GIS applications, Yang said.

IT is becoming a balancing act between being just a cost center and an innovation center for the business. And because of the business objectives, IT CapEx and OpEx have become tools for the business to optimize the overall business’ financial results. CapEx is a large upfront cost that can be capitalized over time while OpEx impacts the company’s income statement and can vary with cloud consumption.

“What businesses really want to understand when looking at OpEx vs. CapEx for VDI and DaaS, is how do we  meet our company’s financial goals while delivering excellent user experience at scale?” he said.

From an OpEx perspective, customers who go with DaaS don’t want to be surprised by a bill that’s much larger than expected. “On the CapEx side, they don’t want to be short-changed by the solution and forced to buy more infrastructure to meet scalability requirements,” Yang said.

Examine the Use Cases

Customers turn to VDI and DaaS because managing desktops and users is difficult. With VDI and DaaS, organizations benefit from centralized management, security, and support for bring/choose-your-own-device initiatives.

“The onus is on us at Nutanix to help them architect the proper solution so that they succeed in delighting their users, whether it’s VDI or DaaS,” Yang said.

For some use cases, the answer can be “both.” A university, for example, may find DaaS is perfect to support the students who are only on campus for part of the year. But they also have staff like administrators, professors and researchers who need resources year-round.

“For those full-time employees, VDI is a viable solution,” Yang said.

“It all depends on the use cases, requirements and business objectives.”

Paul Desmond is a contributing writer. He is co-founder and principal of Saratoga B2B Group Group and a former editor at IDG’s Network World, Redmond and Redmond Channel Partner magazines.