As a college student he led peaceful protests against his country’s ruthless authoritarian president, and today Nikola Bozinovic is using those same revolutionary skills to make desktop-as-a-service the next big thing in enterprise cloud computing.

People described Nikola Bozinovic as “big, energetic, and charismatic” in the 1990s when he led political protests during the Yugoslavian civil war. Today, these same traits drive him to seize a critical moment on the front lines of enterprise cloud computing. His desktop-as-a-service (DaaS) technology exemplifies the confluence of technology innovation, big investment, and fevered human ingenuity that is feeding a growing data economy and changing how business gets done in the digital age.

“We were born in the cloud and part of the cloud revolution from the start,” he said, describing his cloud-native startup, Frame. In a short span of about five years, he grew his bootstrapped company to 100 employees and raised $32 million in venture capital before it was acquired in 2018 by Nutanix, where Bozinovic is general manager of Desktop Services. 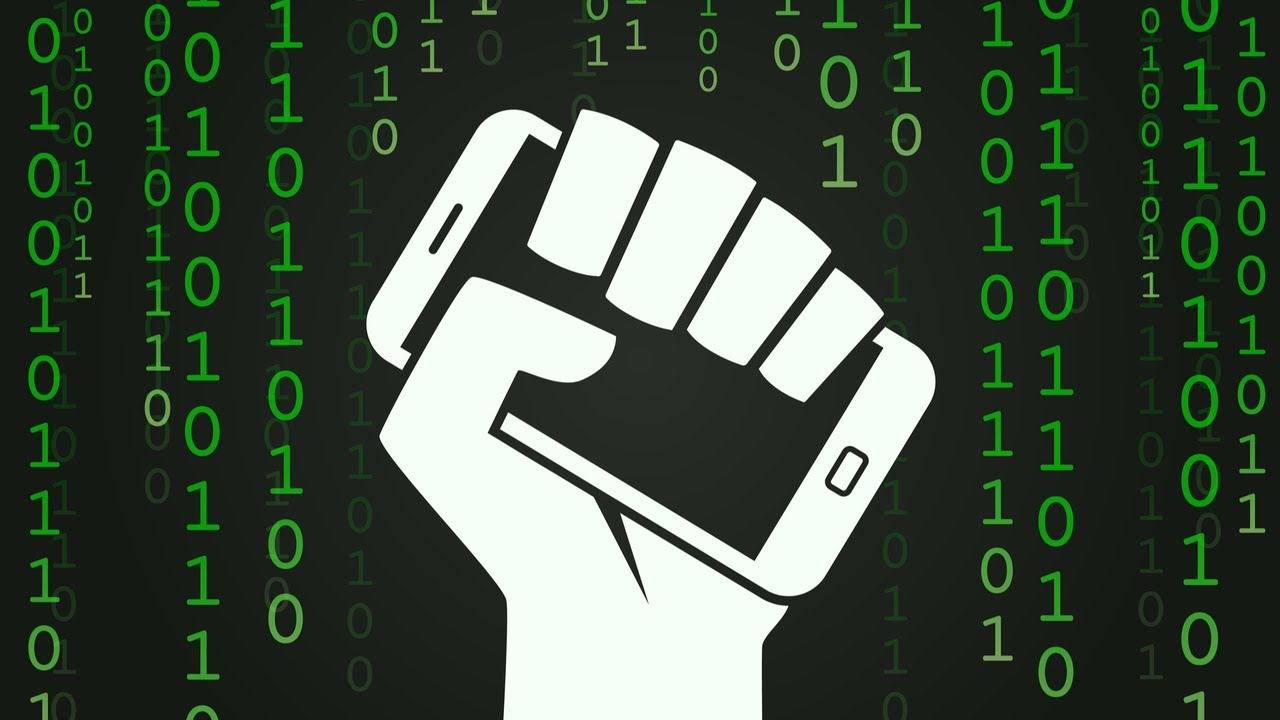 Renamed Xi Frame, Bozinovic’s technology allows Nutanix to offer customers virtual desktop infrastructure (VDI) as a service, delivered from the cloud to any company’s IT infrastructure. The service lets employees access their employer or organization’s desktop computer systems from any device that has a screen and internet-connected browser.

Bozinovic has seen industry research that shows by the end of 2019, half of the new VDI users will be deployed on DaaS systems.

“This is a once in a generation opportunity to change the way things are done in IT, to make it simpler, almost invisible, and done with one click,” he said. 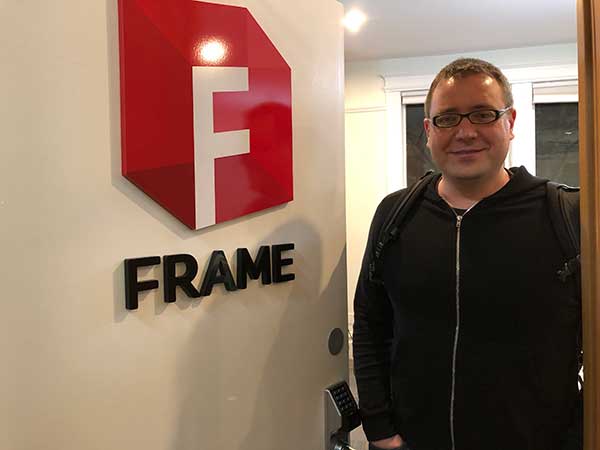 Carpe diem is in his DNA. Bozinovic is a man of action. He learned a lot from his parents. His dad, an electrical engineer, built the house they lived in and exemplified a “whatever it takes, go do it” approach.

“I’m Yugoslavian,” he said proudly, even though the once unified Central European Republic now exists as seven separate nations.

Bozinovic was born in Nis, the third largest city in Serbia with origins that date back to 279 BC. It’s known as the Emperor’s City because it’s the birthplace of Roman emperor Constantine the Great, Constantius III and Justin I. Bozinovic grew up in a time when the city was an important center for electronics and mechanical engineering. He is carrying that torch and energizing the nation by hiring highly skilled residents and scaling their software creations to businesses around the globe. The husband and father of two now resides in the Bay Area. His Silicon Valley success story is grittier and humbler than those often portrayed in the media. His big, convivial personality and innate ability to connect with people has allowed him to befriend many tech industry leaders.

Rise to the Occasion

His charisma came into focus in 1996 at the age of 22, when he led peaceful protests that brought him face-to-face with Slobodan Milosovic, the Serbian dictator who was later accused by the UN of crimes against humanity for suffering he caused in Kosovo.

Bozinovic said that after years of corrupt leadership, he witnessed a rigged vote that robbed the opposition party of a clear win in his hometown of Nis. 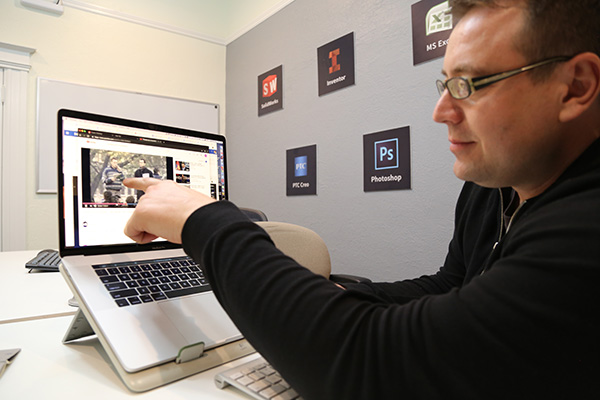 Nikola Bozinovic points to a news clip showing him speaking at a peaceful protest during the Yugoslavian Civil War in the late 1990s.

“What we asked was respect for the rule of the law and for every vote to count,” he said. “I had a chance to lead something that within three months grew from virtually nothing to more than a hundred thousand people protesting in the street every day. And that never would have happened if we didn't tap into the underlying energy that was already there.”

He learned that the best use of anyone's time is to act at the right moment to make good things happen. He said if those protests occurred six months earlier, it would’ve been impossible to achieve the same impact. His sense for timing, comradery, and shared responsibility added another crack in Milosovic’s grip on power.

“It was like when Arab Spring started, or the Orange revolution in Ukraine,” he said. “My goal was to get as many folks to walk out and say enough is enough.”

Doing business for the past 15 to 20 years has taught him to recognize patterns and be purposeful.

“I can go deep on tech but you've also got to see the trends and hopefully see it before others. You have to articulate it first for yourself, then three people around you, the bigger team, and then customers. The transition to cloud, new business models like subscriptions and making IT easier to use, are all trends that Frame has been surfing for years.”
Astrophysics and Video Magic to DaaS

Nikola studied engineering at Boston University, where he stumbled upon space physics, which somehow, combined with his experience as a revolution leader, led him to experiment with digital video. He created an application while studying for his Ph.D. and turned it into a software company in 2006 that caught good traction with customers. The app applied analytics to real-time video to improve resolution, then tracked quality.

“Post-processing took incoming video and magically made it better, cleaner, removed noise and allowed for better analytics,” he said. “All these kinds of algorithms are now helping self-driving cars recognize things.”

A few years later, he realized he could deliver full application experiences through a browser, so he created a new startup, Frame.

“With Frame, the applications are essentially video streamed to you,” he said.

The idea to start Frame came from an observation that distributing software is difficult. He knew very little about virtual desktops and applications at the time, except that they were hard to implement, clunky to operate -- and very expensive. That got him thinking about how to do it better using streaming video or by remoting applications from one place to another. These were software capabilities he studied in college and later built his first company around.

“That idea came together in the summer of 2012, and the rise of the cloud, the rise of virtual graphics and, in general, virtualized computing enabled me with a small group of people to really jumpstart Frame,” he said.

Like many technology entrepreneurs at the time, he seized on the big opportunity to build a company for the new cloud era. He knew Frame could really address the growing needs in enterprise, commercial and small business looking for the next generation solutions in IT.
Cloud and Everything as a Service

“Customers are ready for the cloud and ‘as a service,’” he said. “Just like the iPhone and apps make everything easy—like hailing a car or renting a house in a single click—people want to deploy their data centers or get ten thousand virtual desktops running with a single click.” 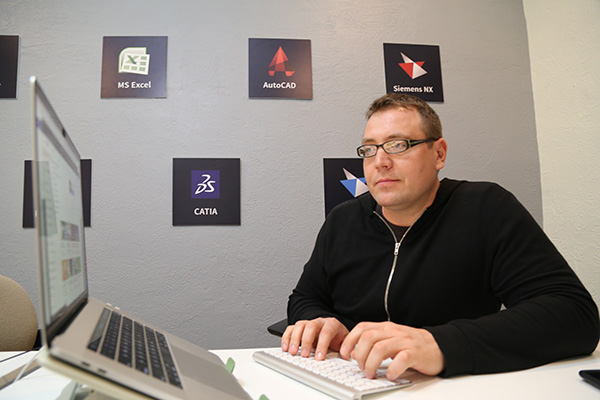 He said the desire for a simple, elegant, consumer-tech user experience in enterprise has customers banging on his door.

“There's been just a tremendous demand globally,” he said.

Traditionally, healthcare and financial services were most interested in VDI because they’re regulated industries, he said. More recently, enterprise, education, and federal agencies are also moving to VDI.

“VDI and desktop as a service are two things that coexist and will continue to coexist for a long time,” he said. “VDI assumes that everything is contained and delivered as software, whereas DaaS is hosted by a vendor, so the service is always up to date and secure. Customers really don't have to think about versioning or things that are very much a hassle on their VDI model.”

Since AWS brought cloud services over a decade ago, Bozinovic said more companies like Netflix and Slack have become or are born cloud native. He calls it “infrastructureless,” meaning software is run on computers that are rented not owned.

“When your software is invisible, it's part of a service cost unlike infrastructure that is a capital expenditure,” he said. “It’s pay-as-you-go. You don't need as many people to operate and manage and install it.”

He believes DaaS is a Gartner Magic Quadrant in the making.

“Maybe in a year or two from now, when it becomes a couple of billion dollars and growing, then you can really call it an industry.”

Ken Kaplan is Editor in Chief of The Forecast by Nutanix. Find him on Twitter @kenekaplan.