Shifting cloud computing models, privacy laws and the global pandemic challenge IT teams as they forge ahead with data infrastructure changes.

Enterprise IT departments have long coveted the hybrid cloud as their ideal IT operating model. They consistently report aggressive plans to replace traditional data centers with hybrid private-public clouds, hoping to gain the flexibility to dynamically run workloads in the optimal place across infrastructures. And many rank the hybrid cloud as the most secure cloud option.

Despite the broad enthusiasm for hybrid clouds, though, actual adoption has fallen short of enterprises’ stated plans. Current active deployments could be described as anywhere from “small” to “respectable,” depending on which research report you consult. The disparities likely have more to do with the increasingly complex cloud services landscape, which is blurring hybrid and multicloud distinctions, than with differences in research methodologies.

IDC, for example, reports fairly substantial worldwide hybrid cloud adoption, up from 36% in 2018 to 52% in 2019. Yet Deepak Mohan, IDC’s research director for infrastructure systems, platforms, and technologies, says that “these are still early days for hybrid cloud.”

He notes that the company size affects hybrid cloud uptake, with larger companies generally reporting greater adoption than smaller ones.

In the Vanson Bourne-Nutanix studies, enterprises consistently express intentions to largely replace traditional, non-cloud-enabled datacenters with hybrid clouds within a few years’ time. While they reported about 53% global penetration of traditional data centers and about 13% hybrid cloud penetration in 2019, for example, they see those numbers flipping to about 16% datacenter and 52% hybrid cloud distribution by 2024.

Many Variables at Play

Getting a true handle on worldwide hybrid cloud adoption is tricky. One reason is that cloud computing options are increasing, bringing with them new and varied definitions for private, public, hybrid and multiclouds. This situation has left some companies unsure exactly what it is they’re running.

There are other factors, too, that have caused a few false starts:

Inconsistent cloud definitions are circulating in part because more cloud options are coming to market. Enterprises no longer make a simple binary decision about whether to run workloads in their private datacenter or “in the cloud,” meaning a public cloud infrastructure service.

Now, public cloud services such as Amazon Web Services (AWS), Microsoft Azure, and Google Cloud Platform can run in enterprise data centers as a managed service option. In addition, some private cloud infrastructure providers are expanding their cloud-enabled data center environments into purpose-built public cloud options that they manage. They also offer private cloud interoperability with public cloud services, such as those mentioned from AWS, Microsoft, and Google.

These options mean that a business could feasibly be running a hybrid cloud, private cloud, or multicloud with technology from one or more of these providers running on its private hardware, in facilities that it owns or otherwise manages, as well as in the public cloud portion of its cloud environment. The most important aspect of the multi-faceted, multi-location hybrid cloud setup is integration. This includes the ability to see, manage, secure, and operate all cloud instances from a common interface and to easily be able to port applications from one environment to another.

It’s clear that, instead of facing a straightforward cloud-or-no-cloud situation, IT departments today more often are deciding on which cloud(s) to use, often on an application-by-application basis. This situation has created nuanced differences in definitions of what constitutes a “private cloud,” “public cloud,” “hybrid cloud,” “multicloud” and other derivatives.

For example, some enterprises think that if they’re running a traditional datacenter and are using a single public cloud service, such as Amazon Web Services S3 storage, they have a hybrid cloud, even if the two environments function independently as operational islands. But experts like Linthicum say there’s more to it than that, and that a level of integration between the two environments is a must for having a true hybrid cloud.

For example, the original definition for hybrid cloud, issued by the U.S. National Institute of Standards in 2011, reads:

"Two or more distinct cloud infrastructures (private, community or public) that remain unique entities, but that are bound together by…technology that enables data and application portability (e.g., cloud bursting for load-balancing between clouds)."

Since then, experts have suggested that a bona fide hybrid cloud should also offer common management, security, and orchestration among the participating clouds. Linthicum also warns that some datacenter equipment providers market their standard datacenter equipment as a “private cloud” simply because it’s a marketing buzzword and not necessarily because it supports any cloud capabilities. He advises that a private cloud requires cloud computing software and that it should support tenant management, self-provisioning, and auto-provisioning.

It's starting to become clear why assessing the cloud computing landscape and hybrid cloud adoption levels, in particular, has become elusive.

So Many Clouds, So Little Time!

Why are IT infrastructures evolving to embrace such seemingly complex on- and off-site environments? Madhukar Kumar, vice president of product and solutions marketing at Nutanix, points to macro trends that he says have “shrunk the road to the cloud.”

IT demands are on the rise and difficult to fulfill quickly by purchasing, testing, and deploying datacenter hardware, particularly during a pandemic, according to Kumar.

“Most employees are now remote, and enterprises running digital businesses need strong business continuity and high availability,” he said. “If you can’t quickly purchase more datacenter hardware when the IT demands come, you have to go to the cloud.”

“You can’t rip out what you’ve done,” said Kumar. “Anything new that you’re doing might have to work with that existing [infrastructure]. This adds complexity, not just in terms of technology, but in terms of skills, operational responsibilities, security, governance, and compliance.”

“If you build a new application that has to communicate with an application in the cloud, that calls for new skill sets to determine where the data is stored and how the applications will be communicating across the network.”

Blending IT and Operations

Kumar sees some organizations holding two separate views of the hybrid cloud: the IT view and the operations view.

“Operations is all about setting and enforcing rules, governance, and policies, and IT teams want to extend those standards into the [public] cloud. But that has not always been easy to do,” he said.

At this point, “it’s time to bring everything together under common governance and management,” said IDC’s Mohan. These situations are how some hybrid infrastructures have come into being, he says. Others are “accidental hybrids,” created by fragmented IT teams and shadow IT, as well as by mergers and acquisitions.

“Hybrid clouds generally evolve in enterprises, rather than being an end-game that businesses go out and seek,” Mohan said.

A hybrid cloud isn’t a service per se to be bought, he says, but rather it’s what businesses end up with once they've deployed two or more cloud environments, each optimized for the task at hand. From there, they begin to layer on hybrid services as they become available that work fluidly across all clouds in the hybrid or multicloud, from a common interface, starting with data and application management, security and cost control.

Agility’s the Name of the Game

Global enterprises consistently say they want the freedom to run workloads in the infrastructure best suited to them based on fluctuating criteria. The “best” location could be dynamically dictated by cost, compliance requirements, time-to-market pressures, occasional bursts of compute activity that require temporary resources, and other factors. 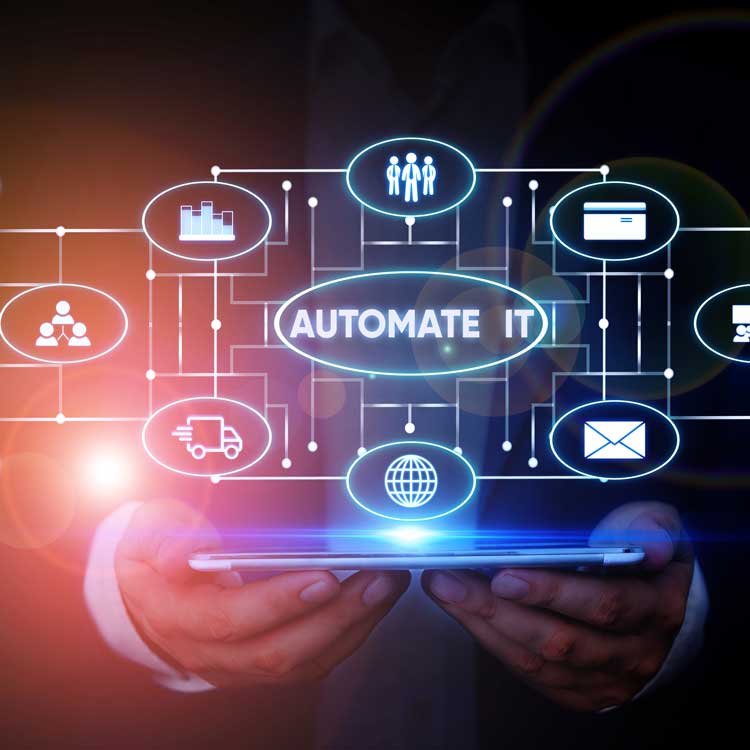 On the cost side, cloud cost control applications monitor the entire cloud environment and continually compare prices. They can be programmed to send an alert or automatically move a workload to a more cost-effective location on the fly. The best location du jour could be on-prem or off, and enterprises want the agility to move workloads as requirements change.

“Many companies turn to the public cloud to get to market quickly,” explained Kumar. “But over a period of time, anecdotally, your costs to continually pay by the hour in the cloud could be four to five times more expensive than buying a server for $10,000 that lasts for two to three years. At some point, it becomes more economical to bring that application back on-premises.”

Nature Will Take its Course

True hybrid clouds and multiclouds are destined to evolve into the integrated, seamless infrastructure businesses want, according to Kumar

“Enterprises will turn to the public cloud when the IT demands come,” he said. “And, inevitably, the new environment will have to ultimately work with the old.”

This article originally appeared in NEXT magazine, issue 8, Fall 2020.

Joanie Wexler is a contributor with more than 25 years experience covering IT and computer networking technologies, their business potential and implementation considerations.