As vehicles have their IoT moment, startup Connected Travel is helping automakers deliver a slew of new services that will change the car owning and driving experience.

What if your next car was more like a smartphone?

Connected Travel Chief Operating Officer John Moon wants to do just that, not by rethinking the ubiquitous vehicle from the ground up, a la Tesla, but by creating a cloud layer to empower all modern carss with IoT. And it’s happening fast.

“Until recently, creating software and technology in vehicles was like launching a probe to Mars: You have to get everything right before you get it out the door,” said Moon, who left Honda Technologies last year to launch Connected Travel.

“Now, it’s more like the Hubble telescope: Maybe you can adjust and fix things afterward.”

The startup is partnering with insurance companies to increase safe driver discounts, as well as automotive manufacturers to better integrate IoT (Internet of Things) into cars and payment systems to turn vehicles into a virtual shopping cart.

Automotive IoT Fuels Industry ChangeIoT innovations could have a profound impact on the consumer.

It means getting your favorite coffee automatically ordered at the nearest Starbucks, with your account debited by the time you get to the drive-thru. It means your vehicle recognizing the fuel mileage, directing you to the nearest and cheapest gas station and transferring the appropriate funds to fill up your tank as necessary. A 2020 Juniper Research study predicts that in-vehicle payments will exceed $86 billion by 2025.

These are not new concepts, but they’ve always been handled by a mobile device or by an app – not the car itself. 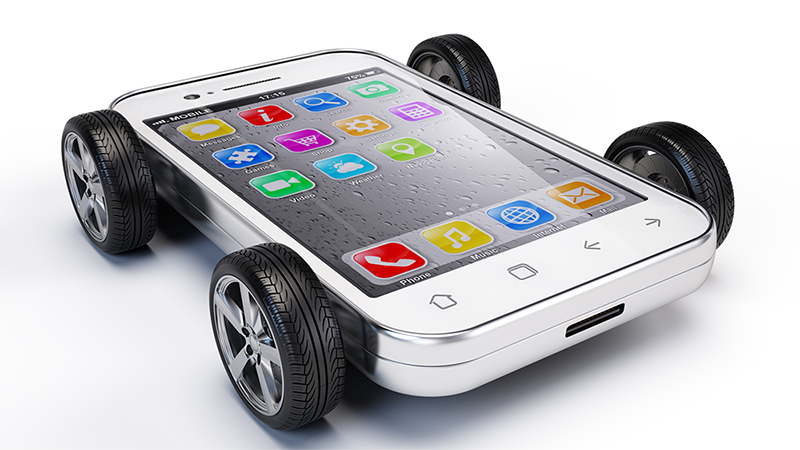 “I think the IoT challenge is that it’s harder to see the user aspect, especially with cars – it’s largely connectivity, data and telematics measurements,” Moon said.

“The crossover into more user-oriented things tends to get more of the visuals, since people aren’t inspired by pictures of clouds.”

TechCrunch estimates that with growing investment into Car IoT that vehicles could soon have more than 200 sensors placed around the vehicle, each generating data, minute by minute. Drivers will see the benefits of a more-connected world as IT specialists work to manage this influx of real-time data.

Data center architectures are growing more distributed to handle the huge amounts of IoT data flooding their systems. Many have extended their data centers to the public cloud, in part, to process, analyze and store overflow volumes of IoT data. Some have invested in mini-data centers. These self-contained, stand-alone rack-level systems are enabled with compute, storage and network resources. A study by MarketsandMarkets forecasts that these satellite data centers will reach a $8.47 billion market by 2022.

Moon said there are three big reasons for the upcoming breakthrough: Changes in voice commands, ride-sharing and the automotive manufacturers themselves.

First, the rise of voice-command services helps overcome the vehicle’s biggest hurdle: Drivers must keep their hands occupied at all times.

If anything, last decade’s text-and-drive legislation has rightfully created distrust over adding more technology to the driving experience. Simultaneously, though, voice-activated assistant platforms, from Apple’s Siri to Amazon’s Alexa, have normalized us using our mouth more than our hands.

“Voice has brought more prominence to the opportunities since it brings us back to the end-user experience,” Moon said.

Unlike older technologies, voice is new enough that customers would get easily frustrated with a bad experience, and designers have to prioritize the user experience throughout their process.

Second, the ride-sharing economy is actually a boon to Connected Travel and other car-forward tech companies. Moon said he has no concerns about there being fewer cars owned per consumer. It gives them more need to tailor the experience. For instance, the more owners of one vehicle, the more they need to customize the drive for each driver.

“To us, the driver is really more of a user anyway, so how can we create layers and platforms in how we can engage them,” Moon said. “There may be fewer cars, but more actual travel per person, and if this is the case, then we are focused on supporting each drive and making time more valuable as everyone goes.”

Third, the automotive industry itself is recognizing the IoT opportunity – however reluctantly.

“The car companies are, by far, the biggest barrier,” Moon said with a laugh. “It takes a tribe to build a car, many groups to collaborate, and not always independent of other teams.”

He added that “most engineers are mechanical and they know data, but they aren’t always aware of the user experiences we take for granted [in other sectors].”

Turning an Achilles heel into a strength

Moon has spent significant time leading technologies as Global Services Manager at HTC, Director of Product Marketing at the payment startup Kovio, and other positions. Cars, though, didn’t come into view until he joined Honda Innovations and spent five years as Managing Director of Strategic Partnerships.

Today, that relationship continues to bear fruit. Connected Travel is working with Honda to launch Honda Dream Drive, a voice-activated companion beamed down to its vehicles.

“I’m surprised at how much leverage my background is giving me into what’s happening with the car now,” said Moon.

The same could be said for the car’s journey. It is no longer just going from one point to another, and the biggest criticism of tech in the car – distracted driving – could actually make driving safer.

“The tech that’s beginning to make its way into the vehicle right now can make a more effective user experience for the driver that is not distracting. Five years from now, you’ll see something more natural and assistive.”

Moon intends to be at the forefront of making that happen.

Editor’s note: This is an updated article. The original version appeared February 26, 2020.

Mission-critical applications in the cloud need to adapt and keep functioning in the face of disruptions and unforeseen events.