Swedish start-up Einride describes how an idea to make commercial trucking more sustainable led them to create a cloud-based data system that could revolutionize freight transportation. 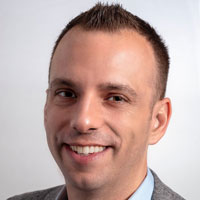 Commercial trucking transports essential food, consumer products, building materials and many other goods by land. It drives economies across continents. Still, like almost every other industry, freight transportation is headed for disruption of data technologies.

In the United States alone, trucks move 71.5 percent of all freight tonnage, according to the American Trucking Associations (ATA), hauling everything from food, water and clothing to building supplies, fuel and medicine.

But as helpful as it is to economies, trucking is harmful to environments around the world, according to Tomas Ohlson, senior developer at Einride, a Swedish start-up developing a high-tech alternative to traditional trucking.

He said road freight transport is responsible for 5–7 percent of global CO2 emissions and that’s growing. He knows why. 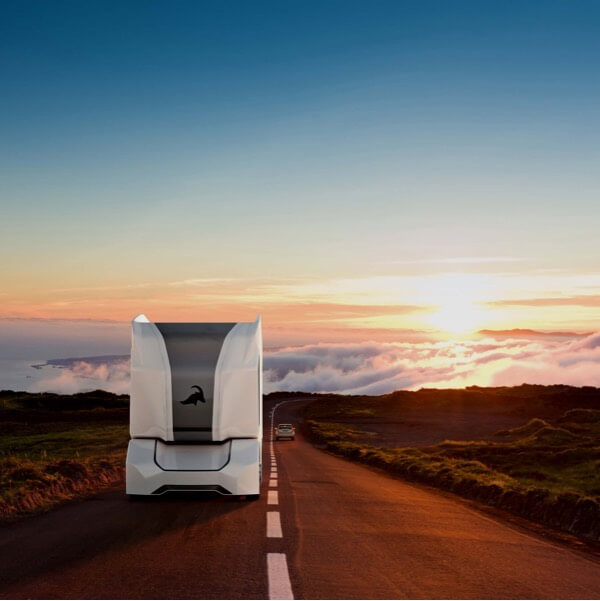 Einride is the brainchild of Robert Falck, who started the company in 2016 after nearly six years of leading the production of heavy-duty truck engines at Volvo Trucks. Falck became increasingly concerned about the environmental impact of his work. Diesel engines are responsible for a significant part of carbon dioxide emissions, and he knew technology had progressed to make electrically-powered road freight possible. His ideas were too radical for Volvo, so he left to start his own company. 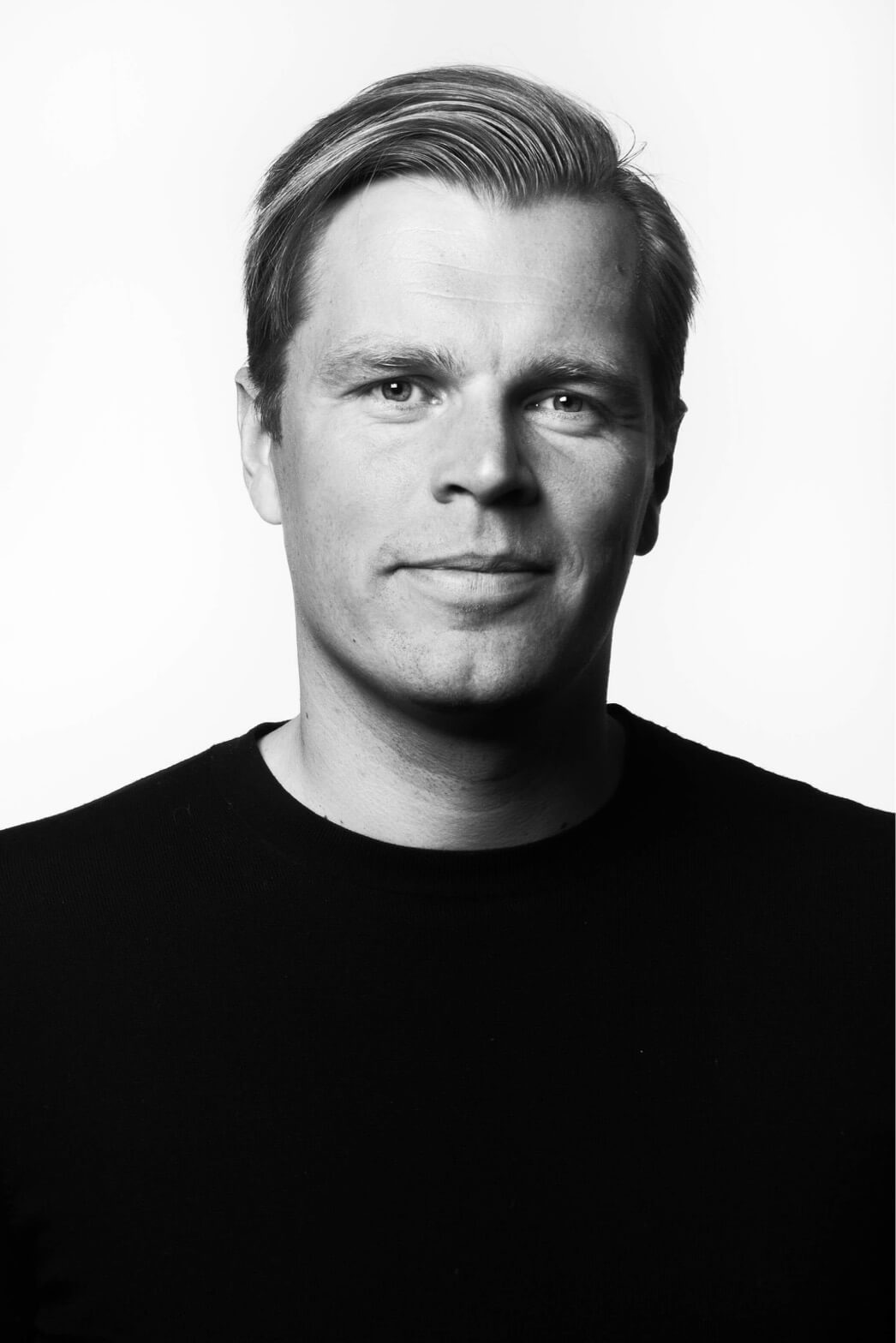 Falck wanted to make trucks lighter, cheaper and more sustainable by removing the driver’s cab, which constitutes half of the production cost of a conventional truck while adding significant weight to the vehicle. The addition of an electric propulsion and battery system would make it impractical.

Without the cab, “you get a smaller, lighter, more flexible vehicle, allowing us to go all-electric,” says Ohlson.

Einride’s replaces the cab with a combination of self-driving and remote control technologies.

“There’ll always be an operator in the distance, supervising up to 10 vehicles at once, able to take control if a vehicle finds itself in a situation it can’t handle,” Ohlson said.

“Without public trust, autonomous vehicles will never happen, and knowing that there’s a human there somewhere in the background makes a big difference.” 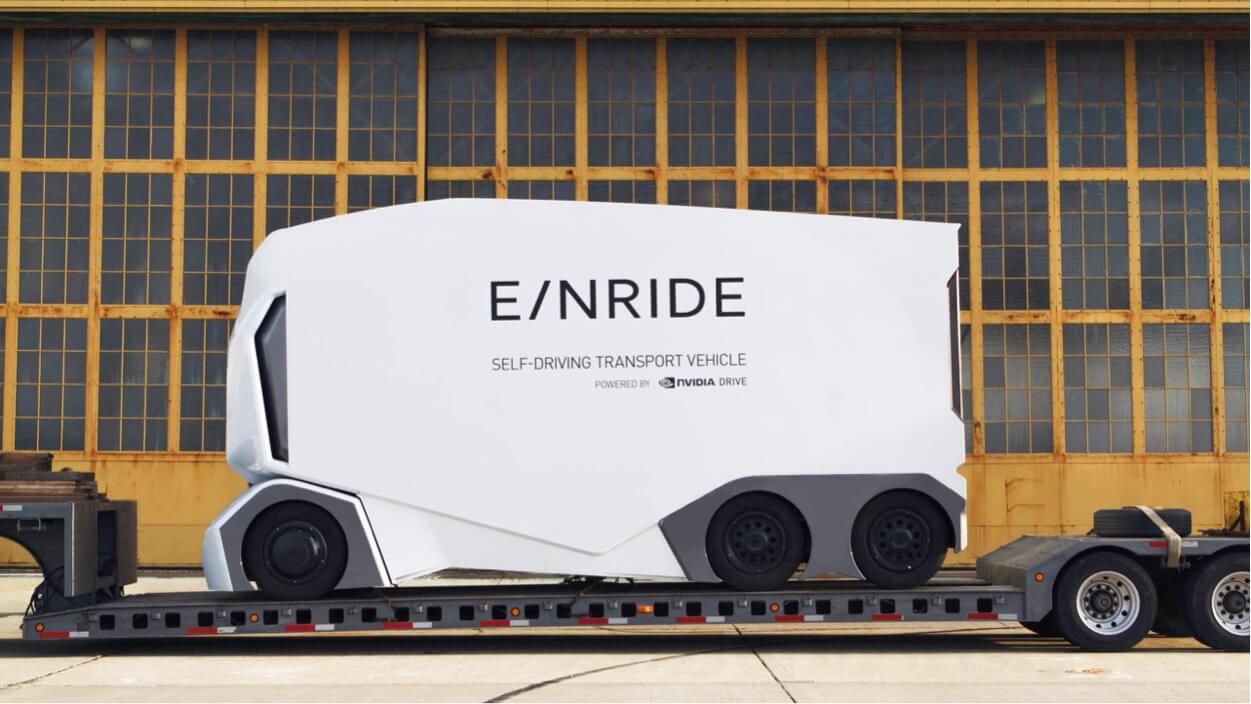 Einride has unveiled two autonomous electric trucks: the T-pod – a 23-foot-long cab-less vehicle that can carry 15 standard pallets and travel 124 miles on a single electric charge – and the T-log, a version of the T-pod made explicitly for logging. The former is in the middle of its first commercial rollouts at German logistics company DB Schenker and German grocery chain Lidl. And Einride continues to test vehicles on public roads in Sweden.

While its autonomous trucks may look like vehicles from a science fiction novel, the most revolutionary part of Einride’s AET system doesn’t happen on the road – it lives in the cloud.
Einride provides a full-stack, transportation-as-a-service solution, which means it takes control of everything from order management, fleet management, and self-driving systems to the actual hardware.

Einride’s holistic approach is to treat the system as a finished puzzle instead of individual pieces.

“Integrate order and fleet management into one digital platform, design it for autonomous and electric trucks, and what you end up with is an extremely competitive solution,” Ohlson said. 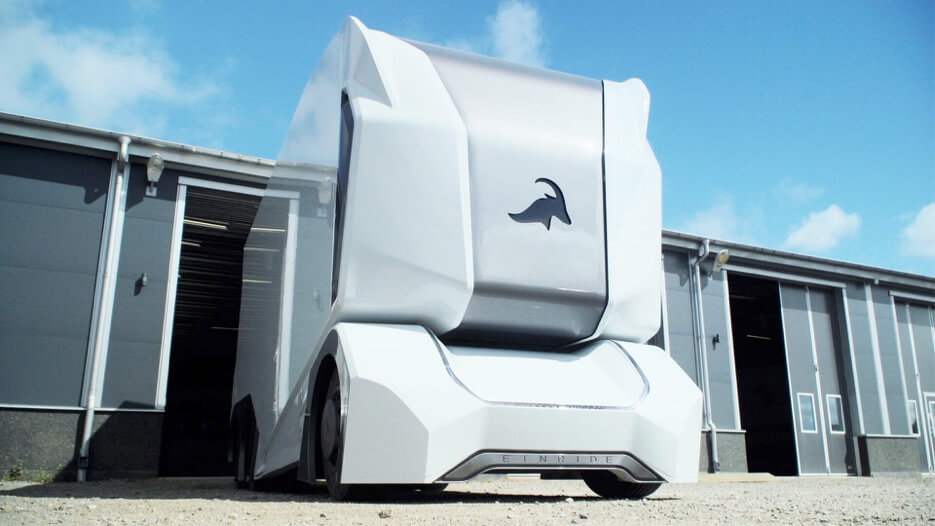 While the T-pod and T-log run on electricity, the larger AET system runs the data that fuels the system, including customer data, traffic data and environmental data. The latter is harvested from vehicle-mounted sensors, including radar, lidar and cameras that can detect then analyze other vehicles, road obstacles, lane markings and traffic signs. All are fused together by an operating system that determines the most efficient delivery route based on factors such as congestion, battery life, energy consumption and delivery time.

“Cloud is vital for Einride; it affects every part of the system,” he said. “We push all data from all digital platforms to the same logging system, which makes the data query-able. Also, collecting the data in the systems allows us to set alerts for anomalies in any level of the software stack. We use Docker [to build and test software] in the cloud.”

He said major parts of the vehicle software look very similar to a modern cloud setup.

“It's more of an on-premise cloud rather than a traditional server running in the vehicle,” he said.

Ohlson believes that the company’s advances are just the first steps in an inflection point in big freight long-haul trucking.

“Exponential technology development in different fields, like the cloud, has made it possible to develop a safe, cost-efficient and sustainable transportation solution based on autonomous electric vehicles,” he said.

“The opportunity to transform road freight transport as we know it is happening now.”

Matt Alderton is a contributing writer who specializes in business, culture, science, technology and travel. Find him on Twitter @AldertonWrites.