Interoperability across owned and rented IT systems is essential and a major challenge for IT departments evolving their hybrid multicloud operations. As more IT leaders ask for tighter integration between Red Hat OpenShift and Nutanix software, the two companies joined forces in 2021 to help customers move more quickly and confidently to what Ron Pacheco calls the open hybrid cloud.

The evolving variety and blending of different technologies used to run hybrid multicloud IT operations are bringing together companies like Red Hat and Nutanix. These new partnerships are becoming essential as IT innovation speeds ahead and complexity becomes too tough to control. 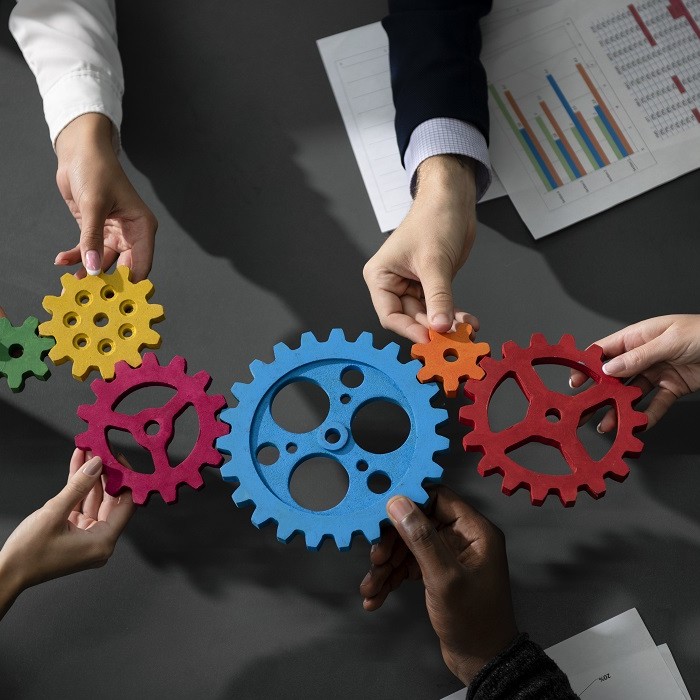 He explains how the combination of the Red Hat and Nutaniix simplifies hybrid multicloud application development, management and mobility, Now that Nutanix AHV is a Red Hat certified hypervisor, IT departments can run and manage Red Hat, enterprise, Linux and OpenShift in virtual machines with more confidence. 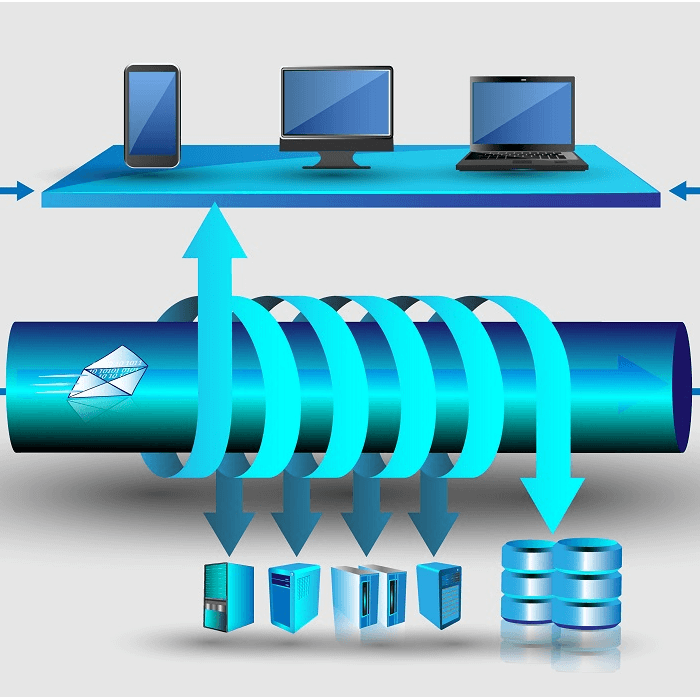 “Many customers have expressed interest in the interoperability or the mutual deployment of [Nutanix and Red Hat] products,” Pacheco said.

He added that their business and IT models are being challenged by changes in market dynamics that call for accelerated integration and interoperability across environments.

“Our customers may have new regulatory compliance rules to meet while they must continue to support a legacy installed customer base and legacy products,” he said. “But they also have to innovate to deal with encroaching competition,” such as startups that often don’t have aging infrastructure holding them back.

“So it’s imperative to put solutions into the market that these companies can readily deploy. Long gone are the days of six months’ testing prior to production.”

Ron Pacheco: We didn't want to put out a nice technology press release and say, "Hey, look, we're going to do something.” No, we actually wanted to demonstrate that we were going to do something. The substrate on that is the certification of the Acropolis hypervisor it's a certified Red Hat hypervisor. And that becomes extremely important because that's the foundation on which the relationship is then built.

Jason Lopez: This summer, Red Hat and Nutanix announced a strategic partnership around their technologies and the service of mutual customers. This is the tech barometer podcast, I'm Jason Lopez. Ron Pacheco is the director of product management at Red Hat. And we spoke to him to go behind the press release, to chat about what it means.

Jason Lopez: Pacheco says the foundation of the partnership is open source. And while that can be a catch-all phrase in terms of code being available to the public, he emphasizes that within open source, there can be specific standards to projects based on company cultures. He cites the open container initiative and how standardization around containers helped avoid a lot of chaos.

Ron Pacheco: If you think back to the Unix days and you go way back to project Athena, it was designed to have a Unix-like environment that could be used across multiple vendors. Ultimately, what happened was everybody went off and developed their own Unixes with a whole level of incompatibility. Here in the open source community, because the standards are the same, for example, wheels and tires on a car, you're not bound to your automotive manufacturer to go buy your tires. You can get them out of the open market. That kind of flexible ability and freedom of choice for the end customer is very liberating, making it easy for them to be able to adopt. And then of course, for their value and benefit, it makes all of us compete for their business.

Jason Lopez: Open hybrid cloud is another platform where open source has impacted development. And for Red Hat, that's been important for the past decade with the philosophy that the data center of the future is an open hybrid cloud data center.

Ron Pacheco: This is where I think a lot of people started recognizing that innovation was coming out of open source. And I think that really exploded onto the market. As we started seeing the public cloud providers come to the fore. They were not coming with proprietary solutions. They were coming with open source solutions. And in addition to that, customers were saying, "Hey, I need to tap into that innovation." And they too were tapping into open source. Not that they are not using proprietary, you know, tools and drivers and applications, that's still there, but the primary end of innovation has become open sourced.

Jason Lopez:  This is not to say it shops aren't using proprietary solutions. They are, but Pacheco contends that the primary end innovation has become open source. One of the tenets of the Red Hat. Nutanix agreement is the use of Red Hat's OpenShift as the preferred choice for enterprise full stack Kubernetes on Nutanix cloud

Ron Pacheco: OpenShift has been in the market for over 10 years now. As we started to not move into other technologies like Kubernetes, and that's where the collaboration that we had going on with Google, encouraging them to open source Kubernetes, started becoming extremely important because now that started bringing another way of deploying and managing applications and workloads into public cloud visa vi containers. And so this is how we started seeing the open hybrid cloud really, you know, come to the four number, say particularly the last five years, it's there with tremendous vigor. You see many different public clouds showing up all of them trying to provide very similar services, whether it's virtualization services, AI ML services, container-based services, function as a service, etc. This is how we've seen the open hybrid cloud. Really expand

Jason Lopez: I  departments obviously have a greater variety of opportunities on open source, which is a key driver of open hybrid cloud. But there are challenges as with any new technology or deployment model.

Ron Pacheco: When virtualization really made it big on the scene maybe 15 plus years ago, we were doing simple things, we were just basically replicating our windows, desktops all over the place to have a level of consistency. Then we started moving into servers, both windows, Linux, and that's where we started seeing challenges and trying to understand, well, geez, it's not the performance I expected. I need to kind of back a little bit until that gets flushed out. And certainly, I think as an industry, all the virtualization players, the cloud players, the hardware OEMs, all invested in making sure that technology was consistent in terms of what it delivered from an expectation, from an experience and on the performance as close as we possibly can. And so that was a big turning point.

Jason Lopez: Pacheco adds there was a need in the industry to innovate and iterate on applications quickly, hence containers, what some

Ron Pacheco: People were not thinking about as they were going into the container space is how do I actually do this in a repeatable, reliable way in terms of how I want to run and manage my business. And so oftentimes we saw that the container story was being led, delivered and pushed as a developer thing. It certainly is. But what about the operations piece? Because we look to operations to be able to keep us compliant with either internal standards, regulatory standards, et cetera, that piece needed to come back into the picture.

Jason Lopez: By using Linux and understanding, not just business and technical requirements, but regulatory ones as well, OpenShift is Red Hat's answer to the market's needs.

Ron Pacheco: That gave customers yet another way of being able to deploy their applications with everything that the operations people need, not only to do their jobs but to both protect and grow their businesses. And I think that's where we are today on the container journey. The good news is it didn't take as long as it did on the virtualization side, but that's because I think the industry as a whole, was smart and was not looking to go reinvent wheels. They looked at what was happening and then quickly adapted. But a lot of the adaptation is because it's open source driven. In the past we had a lot of, you know, hypervisor vendors and some open source ones that kind of led us to figure out how do we work together, but also independently back to the Unix phase that here we're in a whole different path.

Jason Lopez: As part of the partnership, the Nutanix cloud platform is now a preferred choice for hyperconverged infrastructure for Red Hat at enterprise Linux and Red Hat OpenShift. And Nutanix, AHV is now a Red Hat certified hypervisor enabling full support for Red Hat, enterprise, Linux, and OpenShift on Nutanix cloud. The companies will work together on interoperability for their clients.

Jason Lopez: Listening to customers is a central feature of Nutanix's culture. If you look at Red Hats and Nutanix's portfolios and the ecosystem of other partners, they operate in much the same way.

Jason Lopez: Pacheco points to Nutanix's hyperconverged infrastructure and how significant it's been in the market. It's become a crucial part of the open hybrid cloud.

Ron Pacheco: Kudos to Nutanix, it continues to succeed in the open hybrid cloud with the hyperconverged infrastructure, because it brings a level of automation, ease of use and time to market that customers absolutely need. Less hands-on, more time to production, less tuning. I think it's an important asset for a lot of customers to be able to consume.

Jason Lopez: IT has many market choices in terms of billing, tuning workloads, applications and services, which is why Pacheco keeps returning to a specific idea of market success.

Ron Pacheco: I'm talking about the success of our customers because the way we look at our success is from our customers succeeding because as they succeed, we hope that they continue to entrust us with their business, and their IT strategy that we can continue to work with them as they grow their businesses, help them expand and grow.

Jason Lopez: Ron Pacheco is the director of product management at Red Hat. This is the tech barometer podcast. I'm Jason Lopez. Tech barometer is a production of the forecast, and you can find a wealth of stories on technology and the people in tech at theforecastbynutanix.com. Thanks for listening.