Crewless vessels like the Mayflower Autonomous Ship can improve safety, reduce costs and help save the environment.

Did a transatlantic voyage centuries ago foretell the future of autonomous cargo shipping? It’s not as far-fetched as it sounds.

In 1620, a merchant ship embarked on a momentous journey across the treacherous Atlantic Ocean, from England to the New World. Men, women and children all boarded the Mayflower in search of a better life, and their successful odyssey to the Americas would eventually mark a new chapter in world history.

Four hundred years later, another Mayflower has retraced those same steps to make history of its own: the Mayflower Autonomous Ship, a fully automated marine research vessel that completed the same trip from Plymouth, United Kingdom, to Plymouth, Massachusetts, earlier this year with nary a human in sight.

“It really touched everyone globally in terms of what is possible,” said Matthew Ratsey, managing director of Marine AI, which furnished the software that powers the ship. “There’s not very many vessels that have actually completed 32 autonomous days at sea and traveled 3,500 miles.”

The Mayflower is part of a new generation of ships sailing the Seven Seas. From ferries in Tennessee to container ships in Norway, these vessels are improving safety, reducing costs and saving the environment. 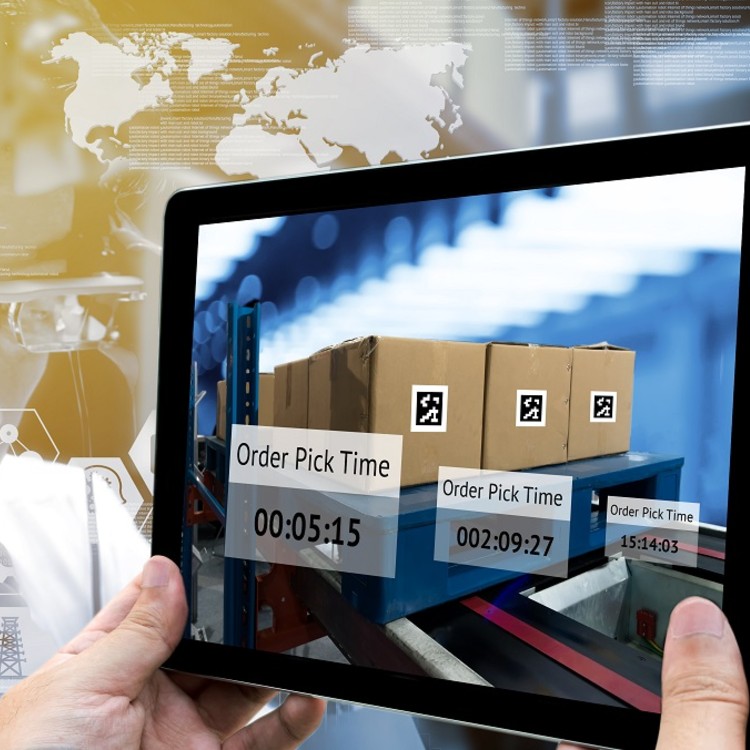 They might even be bolstering the economy: Because there are no humans onboard, autonomous ships can circumvent the labor shortages that have jolted financial markets and crippled global supply chains. What’s more, these vessels are collecting essential data that can add transparency and visibility to those supply chains by communicating in real time the status of shipments at sea – similar to what’s taking place on terra firma with autonomous trucking.

Autonomous ships like the Mayflower feature an arsenal of onboard sensors and cameras that employ artificial intelligence (AI), machine learning, the cloud and edge computing to captain boats around perilous obstacles on the choppiest of waters. As a result, the seas may now be further along in adopting autonomous technologies than the streets.

Take the “Vaar met Ferry,” for example. An autonomous electric ferry that’s currently operating in the Netherlands, it became Europe’s first fully autonomous robotaxi service in July 2021, years before fully autonomous cars are expected to be on the roads.

“We have a fully autonomous electric vehicle that’s solar-powered, has no steering wheel, zero crew and has point-to-point autonomy … [and it] has been autonomously carrying passengers across rivers in the Netherlands for over a year,” said Thiru Vikram, CEO of Buffalo Automation, Vaar met Ferry’s creator. 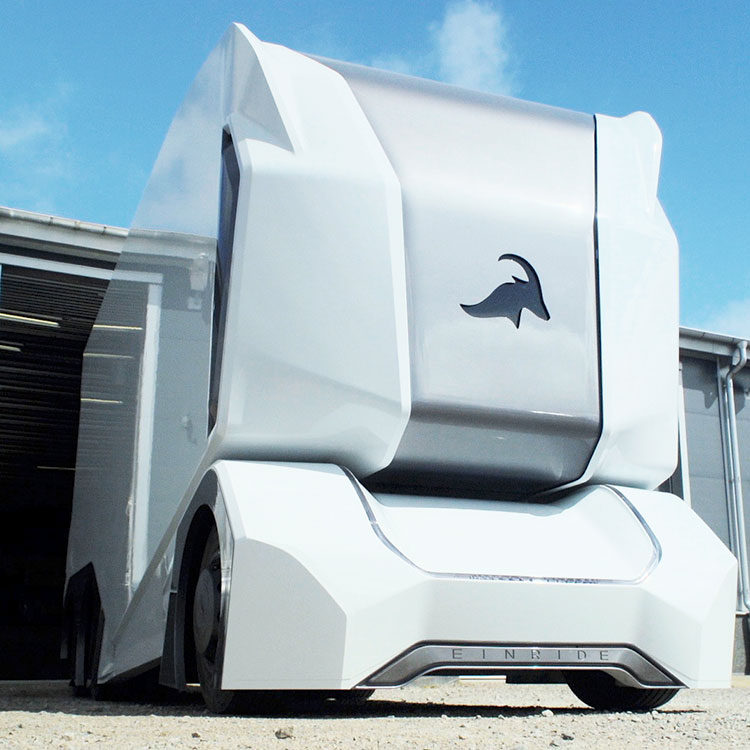 Ultimately, autonomous ships are a cost-saving mechanism, according to Ratsey.

“You can have vessels with less crew because machines are effectively taking on their roles, reducing the number of people involved in the whole process or freeing them up to do other things,” he said.

For Vikram, that means more space for the precious goods that are at the heart of the shipping industry.

These intelligent and quick-thinking machines also have safety implications. Because they can “see” things human operators can’t, they can help boats detect and avoid dangerous obstacles that could be the difference between life and death.

And yet, the most fortunate beneficiary of autonomous shipping technology is neither the global economy nor the people who comprise it. Rather, it might be the environment.

Autonomous cargo ships are “moving transport away from the roads, where it travels through quite densely populated areas, and to the sea, reducing traffic, noise, costs and emissions,” said Jon Sletten, project owner for the Yara Birkeland, which is currently testing what could become the world’s first fully electric and autonomous cargo ship with zero emissions.

“It can save 40,000 truck drives every year. It’s a very important catalyst for making shipping greener, too, as it makes up 2% of CO2 emissions globally.”

With at least 50,000 commercial ships alone traversing the planet at any one time, according to BBC, using computers to optimize fuel savings is crucial.

Autonomous boats are outfitted with a litany of cameras and sensors that make their treks possible.

“We are using several LIDARs on the boat, which helps with docking; radar systems so the computer can look at night; and a camera system that zooms so we can see obstacles in the water,” Vikram said.

Computers synthesize this wealth of data to glean insights that allow boats to make critical and time-sensitive maneuvers on the water.

“All of these sensors are feeding into the system,” Ratsey said.

“We fuse that data together, and from that, we can make a more informed decision about the best route based on fuel economy, safety or avoidance of any other vessels. But the machine is making all of the decisions.” 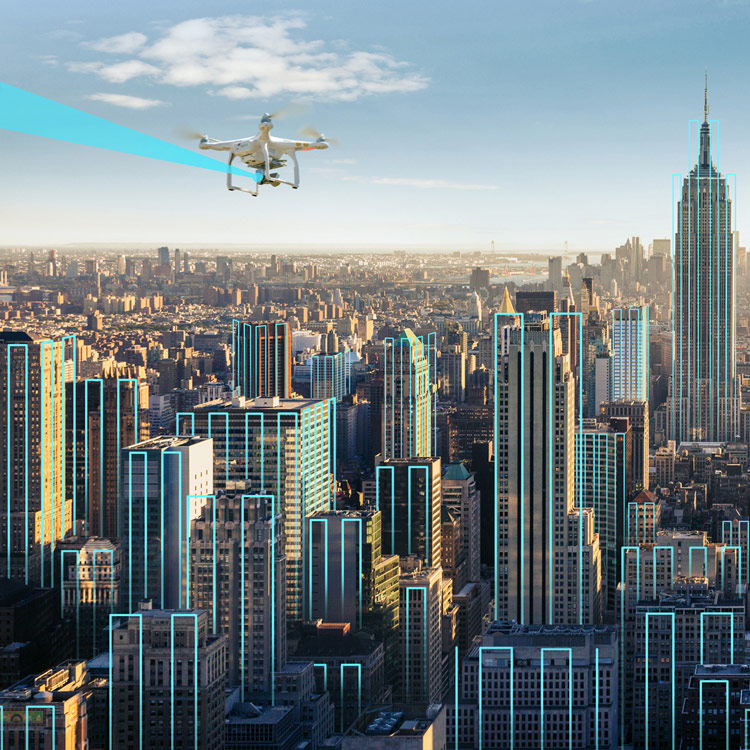 Because obstacles can prove particularly tricky and risky, companies have enlisted the assistance of AI and machine learning.

“It’s taking feeds from cameras, it’s classifying an object and it’s telling the computer what it thinks that object is so it can make a reliable decision,” Ratsey said.

“Your computer vision is effectively your bridge person, standing at the watch with his or her eyes open.”

The machines are trained to identify everything from buoys to kayakers to swimmers, each of which has different implications for the robotic captain at the helm.

“We use machine learning for detection, classification and segmentation,” Vikram said.

“Most of the machine learning is focused on camera images, but we’re also using machine learning for some other things, like behavior cloning. This is a more exciting and relatively new field.”

Internet access is undoubtedly a challenge out on the water, where boats are far removed from the IT and internet infrastructure that solid ground typically affords. To ensure accurate and fast decision making in the middle of the ocean, technologists have therefore turned to yet another innovation: edge computing.

When the connection is stable, efficient compression software is key to transmitting data expeditiously, according to Ratsey.

Edge and cloud computing are vital to keeping autonomous ship technology up and running even in service-denied environments.

“We use cloud, especially for things like processing the data and annotating it,” Vikram said.

While still in its infancy, this burgeoning technology has some legal hoops it will have to jump through.

“One of the biggest issues is changing regulations, as a regulatory framework is nonexistent at the moment,” said Svend Ødegård, captain of the Yara Birkeland.

Despite myriad challenges, boats are lightyears ahead of self-driving cars, according to Vikram.

“I think we’ve always been ahead because for the last 40 years we’ve had autopilot – that has warnings of collisions – and we’ve had automated navigation,” he said. 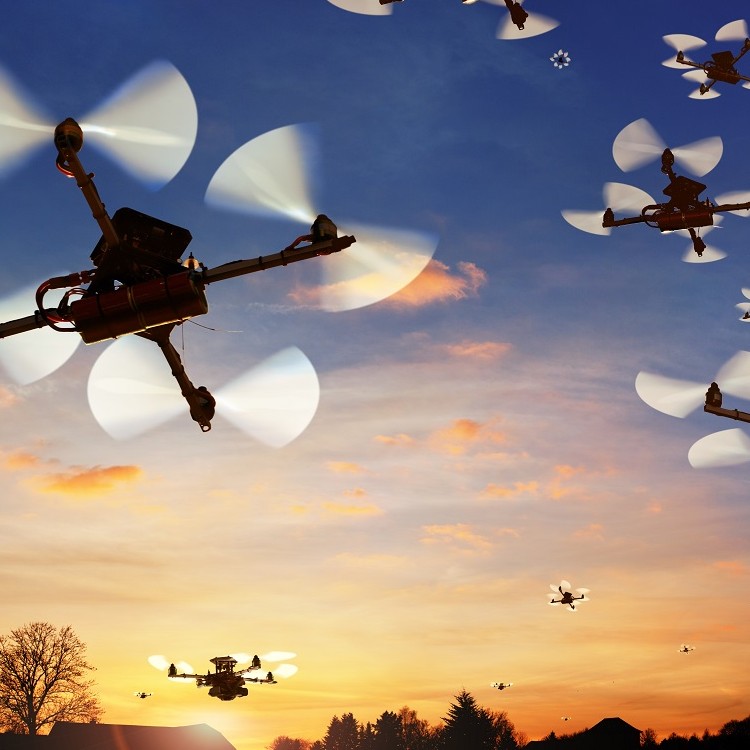 The data load on a self-driving car’s computer versus that of the server aboard a self-captained boat is practically night and day.

“The sea isn’t nearly as crowded as the average freeway, so the amount of decisions that the systems have to make is far less burdensome,” Ratsey said.

“For instance, once you get out of clusters like the English Channel, you might not see another vessel for a day. But if you’re driving on the freeway, you’ve got cars all around you and you have to make continuous decisions.”

Worldwide, autonomous ships are harnessing the clever intelligence of machine learning and the power of cloud and edge computing to transform supply chains and make sailing safer, cheaper and more environmentally friendly.

“If you have completely autonomous boats, you can have a model where you don’t need to own a boat and can rent, instead,” Vikram said. “So you’ll have these autonomous Ubers in the boating world, and that means fewer boats in the market and less emissions.”

Reducing emissions means a brighter and more promising future for the planet.

“What we are doing now will have a great impact on what’s going on around the world,” Ødegård said.

That’s something the passengers of the original Mayflower could never have imagined.