Hanger and Vapor want unmanned aerial vehicles to be even more autonomous by tapping into nearby computing.

Hangar Technology Inc. and Vapor IO, two start-ups based in Austin, Texas, are collaborating to harness the power of unmanned aerial vehicles (UAVs). Together they are building edge computing infrastructure that will power automation and the data needs of industrial-grade drones.

Trifiro backs up his bold statement by pointing to Vapor’s use of edge computing, which are mini data centers located closer to where data is generated and used. Vapor is placing these computing systems at the base of cell phone towers around major U.S. cities, so commercial drone customers can optimize their data operations.

“This gives developers a lot more granularity in where they space workloads for low-latency capabilities,” said Trifiro. “Over the next 24 to 36 months we are going to work in over 30 cities, covering 50% of the U.S. with these low-latency edge zones.”

He said edge computing plays an essential role in the technological transition to greater machine autonomy.

Trifiro sees the world at the cusp of a new compute paradigm.

“Most of the internet was built for human scale, so things happen in seconds, but machines operate at orders of magnitude faster,” he said.

Drones and other sensor-equipped devices produce raw data that requires computing analysis to make that data useful and actionable without human intervention. To deliver essential data fast and reliably enough for autonomous devices requires a fresh approach to distributed computing, according to Satyam Vaghani, vice president and general manager of IoT and AI at Nutanix.

“There’s got to be a totally new set of services that machines need,” Vaghani said.

He sees IoT devices like drones speeding the need for distributed systems that handle massive amounts of real-time data quickly. These systems must also manage application and infrastructure lifecycles so systems run without a hiccup.

“A car traveling 60mph traverses the length of a football field in four seconds,” Trifiro explained. “How fast and precisely things need to respond requires us to change what you’re doing with machines.”

That change means having more computing resources near where data is gathered, analyzed and used to help power autonomous systems. The ever-expanding amount of data produced from internet-connected devices is driving the need for more edge computing infrastructure, according to Trifiro.

“If you’re thinking of hundreds of thousands or millions of sensors all producing data 24/7, there’s a massive amount of data,” he said. “Where are you going to want to ingest and process it? There’s just not enough fiber in the ground to send it up to the centralized internet, it’s got to happen quickly at the edge.”

Building the Future of the Drone Industry

A commercial drone company Hangar uses UAVs to capture data and provide insights to clients in a myriad of industries. To make drones a valuable and reliable technology for different industries, much work is to be done. 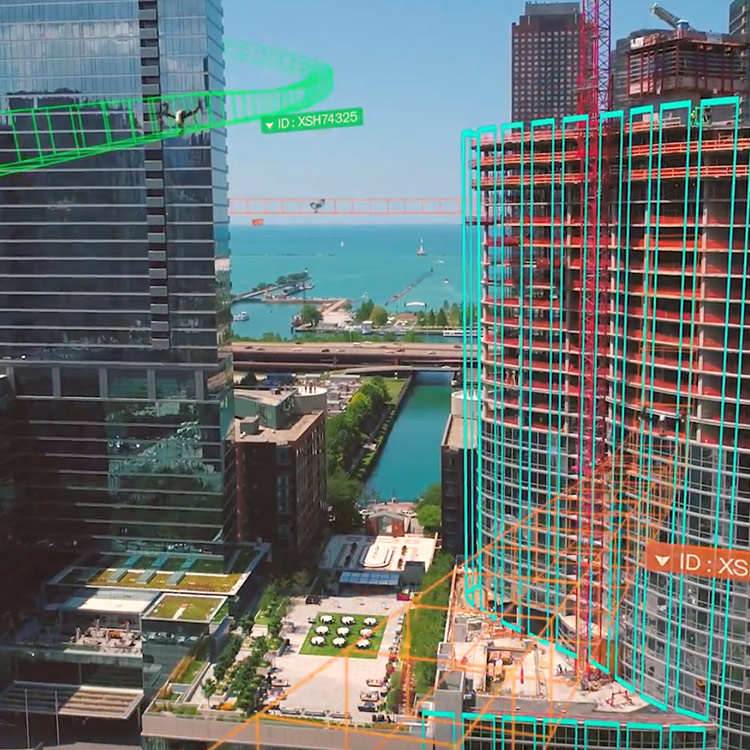 “It's about building the future of the drone industry,” said Jacob Rachniowski, Director of Enterprise Solutions at Hangar.

“We work with many companies in construction, global telecommunications, energy and public safety,” said Rachniowski. “In each case, data collected by automated drone flights are processed in various ways to drive key decision making and create value.

”Trifiro said drones are transforming how some companies are doing business.

“There’s a huge amount of human energy that’s spent doing things like inspecting infrastructure, providing public safety and counting things,” he said. “It’s a very laborious process and drones eliminate almost all of that labor and actually can cost-effectively increase the ability to collect that data.”

For bridge inspectors, data from drones might make the difference in catching a disastrous structural flaw in time.

However, the current workflow is still dependent on humans who pilot the drones and transfer the recorded data from memory cards to the internet, which many see as a roadblock for greater autonomy, scalability, speed and efficiency.

Vapor and Hangar are working together to automate more aspects of drone operations. They are using micro edge data centers to quickly offload content from drones and pre-process information to reduce file size, lessening the expense of shipping data. Rachniowski said edge systems can power software that increases discoverability of insights and charge the UAV battery all at the same time.

Data offload and local data processing is already being done in Vapor’s first deployment in the city of Chicago.

“It will help drive capture costs down though economics of scale, while supporting demand for higher frequency and more data,” said Rachniowski. “Drones and edge technology will continue to grow exponentially, allowing for more resolution, more sensor types and flight capabilities, and eventually physical interaction with the world.”

In the near future, fleets of drones can be launched from edge computing hubs to further automate the process.

“In terms of true autonomy, the biggest barrier is regulatory,” said Trifiro. “The FAA [Federal Aviation Administration] isn’t going to allow thousands of drones into low altitude airspace with no human operators until there’s a tremendous amount of infrastructure for safety and collision avoidance.”

“Edge infrastructure is enabling drones to provide value in a variety of applications impactful to society,” he said.