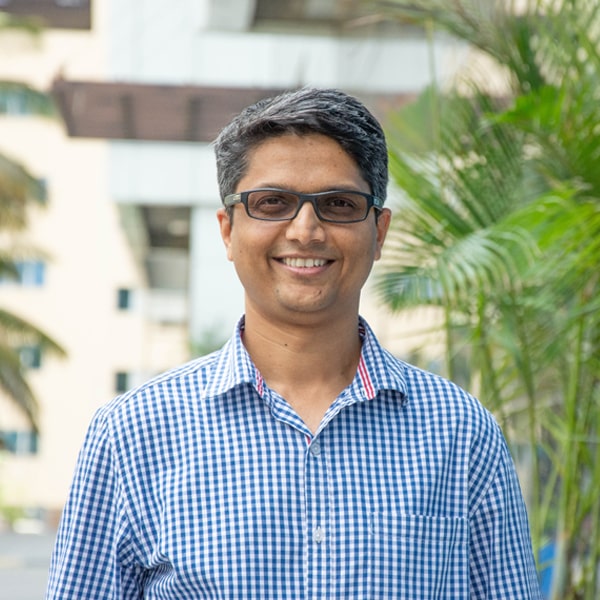 He realized a long time ago that empathy is the way to go.

Sandeep’s first significant interaction with Nutanix leadership is something he speaks of with great affection. He was visiting Nutanix’s headquarters in California for the first time and asked Dheeraj, our Founder and CEO, for a little time to meet him. Dheeraj agreed that very same day. They met in a conference room, and when Sandeep entered, he was separated from Dheeraj by a gargantuan table.

“He got up, walked all the way around, shook my hand, and said, ‘Hi, I’m Dheeraj.’” Sandeep says fondly. “And I was thinking that he didn’t have to do that. I knew who he was. Everyone who works in this company knows who he is. But it spoke volumes about the kind of person that he is, the kind of respect and empathy he wants people to show, and the kind of company he’s built.”

Empathy is on Sandeep’s mind a lot. It’s what drew him to us in the first place. “We’re a company that cares about the customer,” he says. “In previous jobs, I’ve had to convince people about the importance of design and being empathetic towards our customers. But here, everyone’s always talking about it all the way from the top of the organization.”

Dheeraj’s respect and empathy extend to the way people are treated and hired at Nutanix. This is something that Sandeep kept in mind when building out the design team from scratch in India.

“I don’t believe in hiring anyone just to meet a quota,” he says firmly. “That’s doing a disservice both to the people I’m hiring and to the company I’m hiring for. Really embracing diversity means embracing it in all its forms – diversity of thought, experience, attitude, skill, behavior – all of it. It’s easy to get bogged down in just tackling gender diversity and feel like you’ve made a dent. But true diversity is about so much more than that.”

“So when I hire, I hire for attitude first. If the required skills are up to the mark, even better. But skills can always be taught and honed. Attitude is what will make or break a team. And my hiring philosophy has always been to chase attitude first and skills next, although both are important. It doesn’t matter who has them, where they come from, what their story is. If they fit, they’re in.”

That particular approach has served Sandeep well. He has a near-perfect 50:50 ratio of male to female employees on his team, simply by casting a wide net and reeling in the best of the catch.Sandeep is also involved in a lot of Nutanix programs that focus on diversity and inclusion such as the WomEncore returnship program that Sobhana (featured on this page) champions. He also co-helms many of our .heart service initiatives in India and is a prominent, active voice in a lot of company-wide efforts.

“If there’s a problem that needs solving at Nutanix,” he says, “all it takes is for someone to step up. There’s a lot of willingness here to change anything that needs changing. People across the company come together all the time, no matter what their day job is. Diversity is exactly the same. And that’s how we’re solving this particular problem – with empathy, together.”