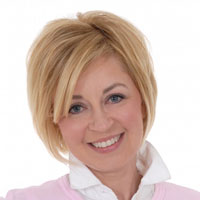 The COVID-19 pandemic represents an unprecedented threat to businesses. First, it created a public health emergency that has put a renewed focus on occupational safety. Second, it introduced logistical challenges that have tested businesses’ resilience. Finally, it spawned an economic crisis that has forced businesses to streamline operations and adopt new strategic priorities. The sum of these and other COVID consequences is clear: When employees return to the workplace, a “new normal” must await them.

“During a dark time, the best and only way to come out on a growth path is to innovate your way out of it,” said former Intel futurist Steve Brown, author of The Innovation Ultimatum. “COVID has accelerated that path. We will see more change in every type of business over the next 10 years than we saw in the past 40 or 50 due to technology.”

According to Brown, today’s leaders must understand how technology is changing the workplace and what business problems it can solve—focusing, in particular, on these six technologies, each of which promises to shape the post-pandemic workplace in profound ways.

Considering how technology is already changing the workplace, it’s clear that AI will be the most transformational technology of the modern era, Brown said. Instead of traditional computers that operate according to a programmed set of rules, AI ingests examples and figures out the rules on its own. It can help businesses develop new products, experiences, markets and business models; enhance the worker experience; and streamline operations.

“AI can solve problems we don’t know how to solve ourselves,” Brown said. “It can be used as an engine to predict what might happen next. It can predict demand for products and stock markets. The same way every business needed a web strategy in 1990, every company now needs an AI strategy.”

Because it makes it easy – and more importantly, secure – to conduct business with untrusted parties, blockchain also promises to have significant business impact, according to Brown.

“Think of it as a way to buy a house or stocks from a stranger,” Brown said. “We’ve had third parties to help build trust in transactions, such as a broker or title company. Blockchain disrupts transactions by automating the process and bringing digital trust to the equation.”

COVID-19 has tested the global supply chain, and blockchain will make it more transparent.

“You can easily find out where something came from and track what it took to make,” Brown said. “Information is stored without the possibility of being edited. This helps businesses make more informed choices.”

By the end of this decade, Brown predicted, the world will be adorned with more than 100 trillion sensors that give the digital world the ability to understand what is happening in the physical world.

“This includes everything from sensors on an autonomous car to guide it into a parking space to turbo-charged sensors that work with AI to sense things we humans couldn’t otherwise sense, such as disease,” Brown said.

The Israeli tech company Beyond Voice offers a glimpse of what may soon be possible: Using vocal biomarkers, it can detect coronary artery disease and chronic heart failure in the sound of someone’s voice.

“As a futurist, that stops me in my tracks,” Brown said.

Until now, robots were stationary. New technology, however, has them “escaping” in the form of drones, 3D printers and autonomous vehicles.

“For 50 years, robots were trapped inside factories,” Brown said. “In many cases, it’s because they weren’t safe; they couldn’t see us.”

Advancements in AI have given modern-day robots the ability to sense and hear their surroundings so they can safely operate in the same space as humans. Drones can be used for delivery, and 3D printers to print tools, toys and even houses on demand.

Just over half of adults worldwide have access to the internet. By the end of the decade, however, 5G will be in every city while satellites serve rural environments, connecting everyone everywhere, Brown said. From a business standpoint, it opens markets by bringing people online that were not reachable before.

“We’re already seeing people who can work anywhere, and this is important technology for a new wave of connected objects,” Brown said. “Businesses need to think what strategy they will use to reach the next 4 billion people as they come online.”

Although its influence will be delayed relative to other major technologies, Brown predicted that augmented reality (AR) ultimately will be as impactful as the iPhone, changing the way people interact with digital information by blending it with objects in the physical world.

That includes augmented workers, who will be able to learn new tasks in real time. For example, if a robot repairperson encounters a situation they’ve never handled before, they can put on special glasses and receive a hands-on, step-by-step tutorial.

“The next time they may not need the glasses because they learned on the spot,” Brown said. “Roughly 80 percent of the world works with their hands or in a highly mobile environment. This will be computing for them, and by the end of the decade it will be widespread.”

From AI to augmented reality, emerging technologies are building bridges by which to blend the digital and physical worlds. Leaders who understand how to navigate those bridges in the face of a changing workplace will position their companies to not merely survive COVID-19, but thrive in its wake.

“For example, an automation strategy shouldn’t be getting rid of workers as a cost on the balance sheet,” Brown said. “It’s lifting up workers and helping them boost their capabilities. Productivity from workers is a 20th-century sensibility. Today it’s about creativity, innovation and emotional empathy of my staff.”

COVID-19 has made business leaders and employees alike pause and reconsider what is important. These technologies will provide opportunities to act on new prioritizes in ways that revolutionize business operations and elevate human work.

“Look at the incredible landscape of possibility that technology opens up for us,” Brown said. “You need a lens to focus those efforts, and for me the correct lens is corporate purpose. Innovation ultimatum lives at the intersection of possibility and purpose. What do you need to compete? And how can you use technology to do good things for people?”

Stephanie Vozza is a contributing writer who specializes in business and productivity. She is a columnist for FastCompany.com [fastcompany.com], and her byline has appeared in Inc., Entrepreneur and Success magazines. Find her on Twitter @StephanieVozza.