Moving Telecommunication and Media Industries with the Speed of Cloud

Why software and services provider, Amdocs, turned to native cloud technologies to modernize their IT, and never looked back.

That moment when everything makes sense. After years of doing things the traditional way, Alon Yampel realized things needed to change. The world changed, making it harder to hold on to old ways. There’s no turning back. That’s what he tells customers of his systems integration and strategic IT sourcing company, Amdocs.

“I need to be able to, from the time I purchase to the time it's up and running, to make it in days, not in months as it used to be,” said Alon Yampel, Vice President Information Technology and Infrastructure at Amdocs. 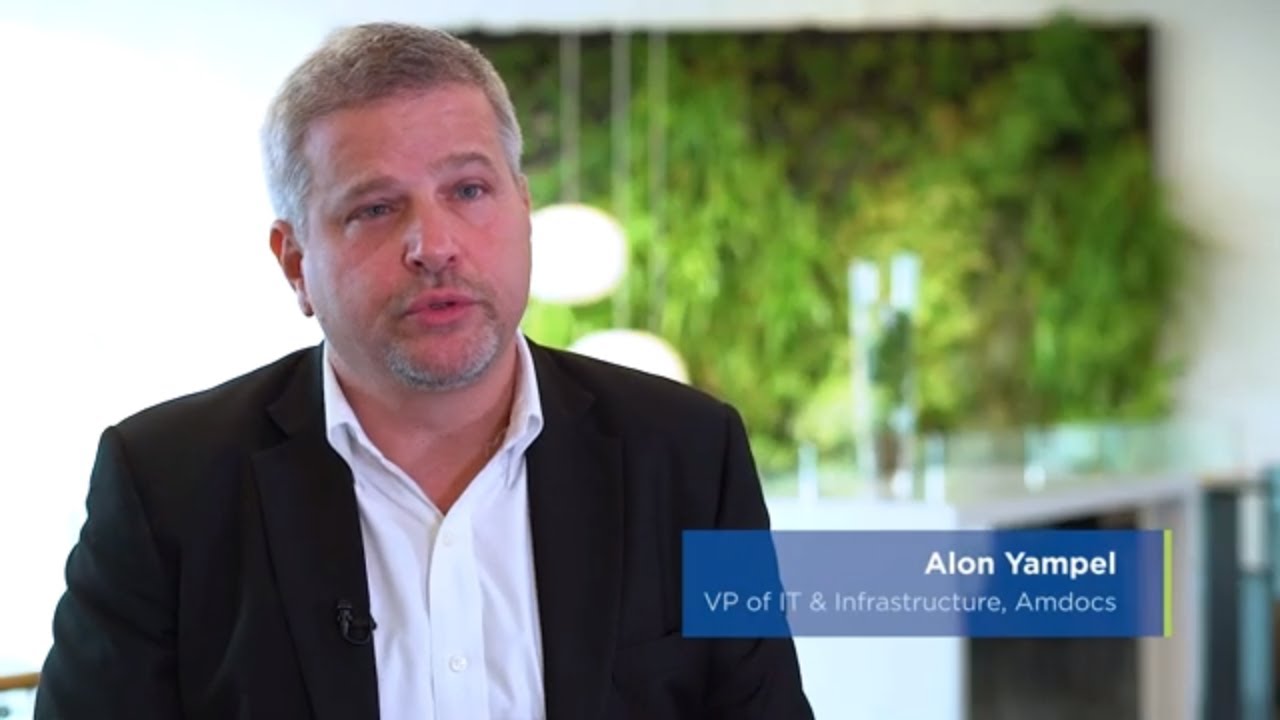 Amdocs is a leading software and services provider to communications and media companies of all sizes, accelerating the industry’s dynamic and continuous digital transformation.

With a rich set of innovative solutions, long-term business relationships with 350 communications and media providers, and technology and distribution ties to 600 content creators, Amdocs delivers business improvements to drive growth. Amdocs and its 25,000 employees serve customers in over 85 countries. Listed on the NASDAQ Global Select Market, Amdocs had revenue of approximately $4.1 billion in fiscal 2019.

“Today we accelerate industry dynamics and enable our customers through their digital journey,” Yampel said.

Telecomm and media industries are dynamic and in a state of continuous transformation. Yampel, as the head of managed Services IT & infrastructure, has a front-row seat maintaining long-term business relationships with hundreds of communications and media providers. Amdocs has technology and distribution ties to more than 600 content creators and employees 25,000 serving customers in over 85 countries. Listed on the NASDAQ Global Select Market, Amdocs had revenue of approximately $4.0 billion in fiscal 2018.

“These apps are loosely coupled, meaning the code is not hard-wired to any of the infrastructure components, so that the app can scale up and down on demand and embrace the concepts of immutable infrastructure,” Kavis said in an InfoWorld interview. “Typically, these architectures are built using microservices, but that is not a mandatory requirement.”

One example is an Amdocs product that helps automate and deliver billing transactions in real-time. In 2019, Gartner named Amdocs a leader in the Magic Quadrant for IT services.

The knowledge gathered from being on the cutting edge and new capabilities directly benefits its customers. Yampel is vigilant about efficiency and speed.

“I need to have much more flexibility in the way I operate my data centers,” he said. “I need to add resilience, flexibility and simplicity. Our systems are mission-critical systems. They have to be always on. I can't have downtime, planned or unplanned, so I need to have my upgrade seamless without downtime.”

No downtime. Must handle updates and changes in real-time without a hitch. His systems need to be secure but nimble, so they can quickly morph when needs change.

“In the past, in the three-tier model (which operates in separate silos of compute, storage and networking) we had to have the systems administrator, the network admin and the storage admin,” he said. “That’s all converged now. I need to have one person with a good understanding of technology.”

But it's more than that.

“We are now able to shift some of the activities even beyond the systems admin, so people actually consume the infrastructure as a self-service,” said Yampel. “In the past, it really used to take us weeks before we could provision and enable the user to actually use the infrastructure. Today, it’s a matter of days.”

He said they experienced a huge time savings from the moment they implemented Nutanix’s HCI software to the time it was up and fully running his customer’s data systems.

“Now, we do it really fast,” he said. “Much faster, much easier, fewer mistakes, fully automated.”

He said the Nutanix team worked onsite with his engineers. Running Nutanix software helped his team improve its speed and agility.

Yampel said working with Nutanix, time to market was a snap.

“From opening the PO until it (data systems) was up and running was barely any time at all,” he said. “Much faster than any other experience we had in the past.”