NASA’s commitment to open data and the specific steps they take to enhance the impact of that commitment — ensuring accessibility, migrating to the cloud, developing strategic partnerships and crowdsourcing innovations from the scientific community — are advancing science, solving global problems, and ultimately changing the world for the better. 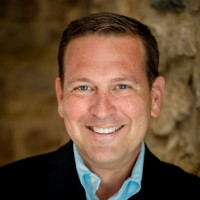 The idea of open data and the rise of the cloud have changed the way data can be collected, stored, accessed and used worldwide. Collaboration is possible in new and exciting ways. Data sharing is faster and more efficient than ever before.

The National Aeronautics and Space Administration (NASA) makes all of their data available to anyone who wants to access it — a revolutionary idea from one of the world’s smartest, most technologically advanced institutions.

NASA’s commitment to open data and the specific steps they take to enhance the impact of that commitment — ensuring accessibility, migrating to the cloud, developing strategic partnerships and crowdsourcing innovations from the scientific community — are advancing science, solving global problems and ultimately changing the world for the better.

Since 1994, NASA Earth science data has been available to the public for any purpose. It was a revolutionary idea at the time (and in some ways still is) considering that it could be argued NASA’s technological and intellectual capabilities far surpass every other organization in any scientific field.

The idea of sharing data for societal benefit vs. keeping cards close to the chest to preserve intellectual property and other financial opportunities goes against the grain of how most tech-based organizations operate.

But NASA lives up to their vision to “reach for new heights and reveal the unknown for the benefit of humankind,” by actually harnessing the knowledge potential of humankind.

It’s easy to view each use case as niche, but NASA lists dozens in a wide range of scientific research areas — and these are just some examples.

Collectively, NASA data is moving the world forward toward new knowledge that advances society’s understanding of the world and increases our ability to implement solutions that benefit the Earth and improve the lives of those who inhabit it.

Moving to the Cloud

As cloud technologies have advanced, NASA has committed to creating the infrastructure and strategy to make their data cloud-based.

One of the most impactful benefits of the cloud migration is the increased collaboration opportunities it presents.

“This will bring in a wider range of thought to problem-solving and investigation,” shared System Architect Katie Baynes in an interview about her role in NASA’s cloud initiative. “We’ll realize that collaboration across great distances and across scientific disciplines is possible in unique and exciting ways.”

NASA’s partnerships are an integral part of their goal of utilizing open data to further the progress of earth science. The aforementioned NASA initiative to migrate data to the cloud has been enhanced by their partnership with Amazon Web Services to make the NASA Video and Images Library more user-friendly across platforms and devices, increasing ease of accessibility for the general public.

The Forecast reported on NASA’s partnership with aviation industry leaders to create safer skies by creating a drone traffic management system that would update real-time to alert pilots with updates on changing weather and air traffic conditions as well as potential hazards.

Most recently, NASA has partnered with the European Space Agency (ESA) and the Japan Aerospace Exploration Agency to create the NASA COVID-19 Dashboard, which tracks environmental changes happening as a result of the worldwide response to the pandemic.

Each of these projects have a common thread: increasing data accessibility to accomplish a common-good goal.

In an ongoing way, the public availability of NASA data encourages innovative solutions from researchers and scientific minds around the world.

NASA Earthdata takes an even more intentional step toward this end through their Competitive Programs, which offer funding for solutions and technology advancements that can improve systems and add new knowledge and insights. Proposals are accepted from any individuals or institutions with the expertise and knowledge to submit them, expanding NASA’s impact far beyond their own human and technological resources and reflecting the true goal of advancement through data sharing.

That one of the most technologically advanced and knowledgeable organizations on the planet is sharing data, partnering with peers, and soliciting ideas and innovations from the public should serve as an example for how the democratization of information can make a greater impact than any one person, group, or institution.

NASA’s simultaneous position as a leader in space exploration and commitment to allowing the data they collect in that pursuit to be used by all has and continues to expand the worldwide scientific knowledge base and create opportunities for solutions and improvements that change the world for the better.

Michael Brenner is a keynote speaker, author and CEO of Marketing Insider Group. Michael has written hundreds of articles on sites such as Forbes, Entrepreneur Magazine, and The Guardian and he speaks at dozens of leadership conferences each year covering topics such as marketing, leadership, technology and business strategy. Follow him @BrennerMichael.