Farmers don’t just produce food. According to the United Nations, they also produce global warming. The UN claims agriculture accounts for up to 12% of total greenhouse gas emissions but 50% and 60% of methane and nitrous oxide emissions, respectively. Compared to carbon dioxide, the former is 300 times more effective at trapping heat in the atmosphere and the latter 25 times more effective, according to the U.S. Environmental Protection Agency (EPA).

At issue are some of the most common and critical farming activities. It starts with deforestation when air-cleaning trees are razed to create open fields and pastures. It continues with the application of manure, synthetic fertilizers, pesticides and herbicides, and livestock grazing, all of which produce the greenhouse gases responsible for the contemporary climate crisis.

What is Precision Agriculture?

Farmers can mitigate their environmental impact by engaging in climate-friendly farming practices like organic farming, which uses less energy and produces less pollution than conventional farming, and carbon sequestration, whereby they plant crops that naturally remove carbon dioxide from the air and store it in the soil.

Or, they can use technology that enables precision agriculture.

It’s a convergence of big data, artificial intelligence, cloud computing and the Internet of Things, the marriage of which can help farmers minimize greenhouse gas emissions while maximizing crop yield.

From the Fields to the Cloud

To see precision agriculture in action, consider the example of John Mitchell, a farmer near Manchester, Iowa, who’s testing precision agriculture solutions on behalf of John Deere. When he drives his John Deere tractor through his cornfields, he’s only pondering one type of cloud: rain clouds. But when he stops to readjust the pipes that constitute his irrigation system, he’s tapping into an entirely different type of cloud: cloud computing farm-management software. 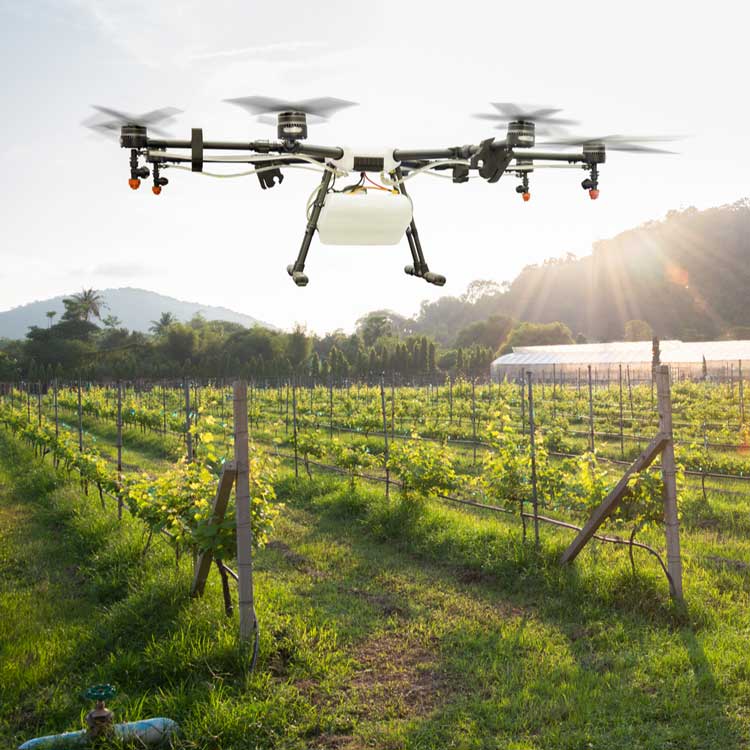 His isn’t a typical dashboard with a speedometer and fuel gauge. Instead, it’s a digital data visualization tool connected to sensors placed around the farm and software that makes sense of the information they gather. The sensors monitor the soil in real time, then continuously feed that information into a cloud-based system that uses AI to analyze it automatically.

“I’m naturally resistant to computers, but using this changed my mind,” said Mitchell, who has been using a John Deere proprietary system for two years. “I can’t tell you how much money I’ve saved, but it’s been in the thousands.”

During the two years that he’s been using it, the system has helped Mitchell reduce the amount of water and fertilizer that he uses, which has simultaneously reduced his environmental footprint and his overhead.

Farm of the Future

Although it’s still in development, the cloud-based technology that’s thriving on Mitchell’s farm eventually will take precision agriculture all the way down to the plant level, allowing farmers to nurture individual crops like doctors treating individual patients.

Instead of homogenous fields of crops, farmers will have visibility into the condition of every plant therein.

At John Deere, the movement toward precision agriculture started eight years ago with the introduction of its “Farm Forward” campaign, the ongoing objective of integrating AI into all of its farm equipment. The company’s goal is to use automated driving technology, computer vision, AI, machine learning and cloud-based mobile applications to help farmers double or even triple their yields, according to Lane Arthur, John Deere’s vice president of data, application and analytics.

“John Deere is committed to using technology to help farmers farm better. Data is an integral part of that technology landscape,” Arthur said.

First, field-based sensors furnish data to John Deere’s farm equipment via the cloud. Next, software aggregates the information, makes sense of the data, then presents it in a visual format for farmers to digest and act upon. 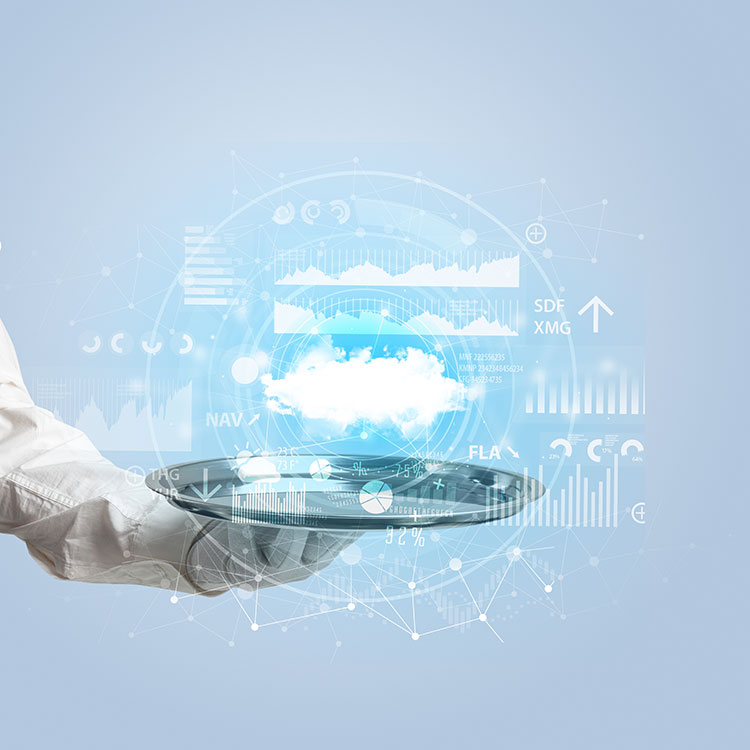 In 2017, John Deere acquired the agricultural AI company Blue River Technology, which is currently working on computer algorithms that can interpret images captured by cameras installed on farm machinery. This eventually will enable driverless tractors with autonomous decision-making skills. The tractors will use machine learning to drive around fields and determine things like the best route to follow when spraying herbicide.

Big brands aren’t the only ones shaping the future of precision agriculture. Small businesses and academia also are driving innovation.

Iowa State University is located deep in farm country. There, professor of electrical and computer engineering Ratnesh Kumar has developed his own cloud-based solution that helps farmers monitor crops.

Like the proprietary software that Mitchell uses in his fields, Kumar’s solution helps farmers optimize agricultural inputs to the mutual benefit of their business and the environment.

“The ultimate goal is to provide our farmers with cloud-service based monitoring, modeling and decision-making tools for their farm health and production management, so their applied resources are site-specific, dynamic and optimal, leading to precise and sustainable agriculture,” Kumar told Iowa State’s College of Engineering.

“This also helps our environment, as otherwise, the unused resources are lost to waterways causing contamination and eutrophication, and to the atmosphere contributing greenhouse gases.”

From Iowa State to John Deere, and on millions of acres of farmland in between them, the future of agriculture is clearly in the cloud. By deploying data-based solutions, farmers who traditionally have changed the climate are now pivoting to protect it, creating a win-win for agriculture and sustainability.