From Startup to a Multi-Everything Company

Nutanix founder and CEO Dheeraj Pandey recalls how listening to the market and zeroing in on user experience helped his enterprise cloud software company grow from doing a few things well to doing lots of things even better.

It’s OK to become the multi-everything company in your market.

That’s the take-home lesson from Dheeraj Pandey, CEO and co-founder of Nutanix, whose business evolved from multi-hypervisor to multi-server to multi-cloud in the span of a decade. In that period, it became apparent that grit, continuous improvement and relentless focus on customers were just as critical as technology ingenuity. Those early ambitions would quickly evolve and reshape Nutanix from a hardware to a software company based on a subscription model.

At first glance, multi-everything sounds like trying to out-Google Google or aiming to please everybody but pleasing nobody. That’s not what Pandey had in mind when he and two friends launched Nutanix in 2009.

Rather, they had a few ideas for mining the potential of distributed computing and thought their company could prove they were correct. They definitely were on to something.

Nutanix’s early bets started attracting investors within months. The company launched a successful IPO in 2016 and reached a billion dollars in annual revenue faster than most software companies founded in the past 20 years. Today it’s one of the world’s top providers of software that is reinventing cloud computing.

“As we look to our next 10 years, we see even bigger opportunities to continue to work hard with our customers to ensure that the words frictionless, reliable and invisible remain synonymous with Nutanix.” Pandey told investors during the Q1FY2020 earnings call.

Pandey reflected on the company’s rapid ascent in Secrets of a 10-Year-Old Technology Startup, an article in which he talked about the transition from doing a few things really well to getting even better at a lot more things. 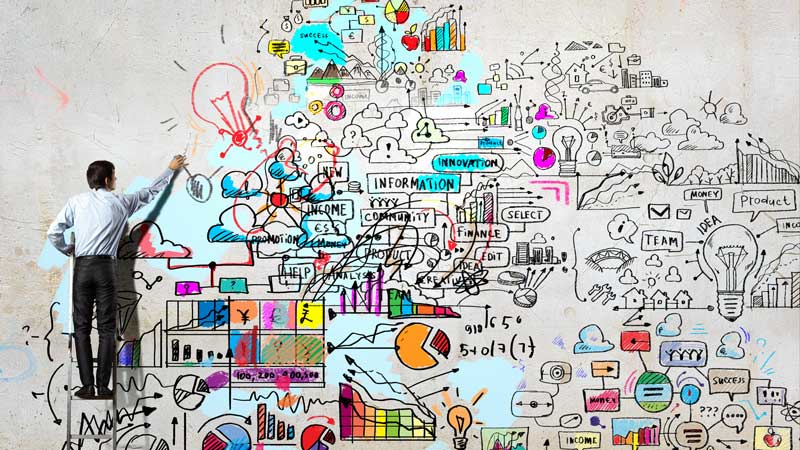 “The most important thing about our market is that it’s ever-expanding,” Pandey noted in the article marking the company’s 10th anniversary in 2019.

The common thread in that story and this one is that startup leaders must find ways to become the multi-everything company in a growing market. It doesn’t mean doing everything for everybody. Rather, it’s going all-in on producing amazing customer experiences while making an ever-expanding product line available to everybody who might need it.

Learn from the Market

Nutanix’s leadership learned early on that there was a potential mass-market for distributed computing on commodity servers. Pandey’s team envisioned using clusters of virtual machines — software replicas of servers, switches and storage — to make IT operations more efficient and cost-effective. Making this all work requires software that manages virtual machines.

Two of Nutanix’s core applications, AOS and Prism, work in tandem with hypervisors to manage HCI for the company’s clients. Listening to the market drove the development of those apps. “Our customers wanted a seamless, cloud-like experience from HCI,” Pandey explained. That meant creating enterprise IT applications with consumer-grade user interfaces.

“Infrastructure upgrades had to be invisible,” recalled Pandey. “Cluster workflows — growing, shrinking, splitting and provisioning — had to be as simple as operating an iOS device.”

As the number of clients grew and the marketplace evolved, the company developed AHV, Nutanix’s first dedicated hypervisor that could run on different systems and hypervisors from other companies. Nutanix began giving AHV away for free to customers as an “added value.” It helped Nutanix compete with incumbents like VMWare, which charge a fee for their hypervisor.

Throughout these early years, Nutanix strived for openness, ensuring that its HCI apps worked with everybody else’s apps — including hypervisors. Some market observers judged the company too audacious for competing directly with VMware, but it turned out that Nutanix’s approach strengthened its market position.

That set the stage for the company’s next “multi” phase.

Multi-Server: Learning to Compete with Themselves

Nutanix started out packaging HCI in an all-in-one appliance: powerful software installed on economical hardware. It was, in effect, an early model for private clouds that put the best cloud technologies in on-site data centers.

It worked fine for many early Nutanix clients. But Pandey and his team soon realized there was no practical reason to limit Nutanix software to its own hardware. The company’s embrace of open standards meant its software could run on anybody’s machines.

With AHV and its suite of HCI apps, Nutanix became a platform with its own operating system. That created counter-intuitive market opportunities.

“We knew the real value of HCI was in the operating system, and so we started to compete with ourselves,” Pandey explained.

“It seemed preposterous to some at the time, but we collapsed the hypervisor into our stack with the introduction of AHV,” stated Pandey. “And then we offered it for free, a full 10 years after hypervisors had been introduced into the market.”

How could Nutanix compete against itself and still win in the marketplace?

It had to come down to creating unmatched user experiences, Pandey believed. Specific, strategic sacrifices were required.

“We had to become comfortable cannibalizing our own top line for a better tomorrow,” he explained.

That meant leaving the appliance behind and zeroing in on software. That was the biggest “multi” move of them all.

As Nutanix’s business grew, it became increasingly clear that the future lies in software. As Pandey put it: software appreciates, while hardware depreciates. The company moved away from selling hardware with their software and focused on software. In 2017, the company made another major business model move when it shifted away from life-of-device licensing to a subscription-based model.

“This was a clean way to provide clarity to our sellers, so they could become neutral to our appliance route-to-market and routes through other server OEMs,” Pandey explained. It was an epic challenge to pull off.

“Sales and marketing culture, channel behavior and alliance partners’ attitudes had to be changed with zero downtime to Main Street and Wall Street,” Pandey stated. “Nutanix had to be reinvented one more time.”

While Nutanix was reinventing itself, cloud providers were looking at a hybrid future: Enterprises could not count on putting everything in the public cloud (or in private clouds, for that matter). Everybody needs a mix.

As more companies adopt HCI, infrastructure becomes code. With virtualization, applications can move everything from a small cloud to a massive data center from one site to another. HCI enables companies to build custom clouds to their exact specifications. Small clouds and mini-stacks of standard hardware can operate close to the users who depend on them.

As Pandey sees it, the same technological forces that shrank mainframes into PCs and PCs into smartphones are about to converge on the cloud marketplace. Some 200 behemoth cloud data centers are trying to meet the computing needs of 8 billion people.

“That goes against the grain of computing,” Pandey said in a talk with technology analysts in 2019. “Ideally, there should be thousands of these data centers.”

In the long, twisting road from multi-hypervisor to multi-server to multi-cloud, Nutanix kept one guiding principle.

Object lesson: People forget about the hardware they used last year, but they remember the glow of using software that gets them where they want to go.