Dheeraj Pandey remained cool under the hot lights of the CNBC studio.

It was September 23, 2019 — 10 years to the day after Pandey and two friends started Nutanix, the pioneer of hyperconverged IT infrastructure. Pandey sat down with Jim Cramer, the financial media star, to explain why investors should ride out a drop in Nutanix’s stock price.

“If we didn’t take this short-term pain,” Nutanix CEO Pandey said, “we’d not have the long-term gain of being a hybrid cloud company.”

That’s his modus operandi in a nutshell: Solve the toughest problems today to clear a path to success in the future. And that’s what he’s doing with Nutanix, which now employs over 5,300 people around the world.

Pandey has been doing this since the 1990s, when he quit studying civil engineering at one of India’s most prestigious universities and switched to computer science. Friends and family thought he’d lost his mind – except for his mom, who told him to go for it. In 2007, he balked at a fat offer from a Silicon Valley heavyweight to pursue his startup ambitions. That was the year he left Oracle to join Aster Data as director of engineering.

Those ambitions brought him together with Mohit Aron and Ajeet Singh to co-found Nutanix in September 2009. Within a year, they attracted their first venture capital investors. By 2013, the company’s value passed the $1 billion mark. Three years later, Nutanix went public on the promise about making infrastructure invisible.

“We reached $1 billion in annual revenue faster than any other software company founded in the past 20 years,” said Pandey during the company’s Q1 FY2019 earnings call. He said that included Salesforce, Palo Alto Networks, and Workday.

“This success was built on the foundation of strong products and amazing customer service that has propelled us from creating a hyperconverged industry towards sustained leadership position within it.”

In 2019, Nutanix was two years into a transition from a hardware-and-software model to a software-centric, subscription-based business model that has tested the devotion of short-term investors. Pandey went on CNBC – his fourth “Mad Money” appearance in less than two years – to reassure doubters that they can profit from his eyes-on-the-horizon strategy. 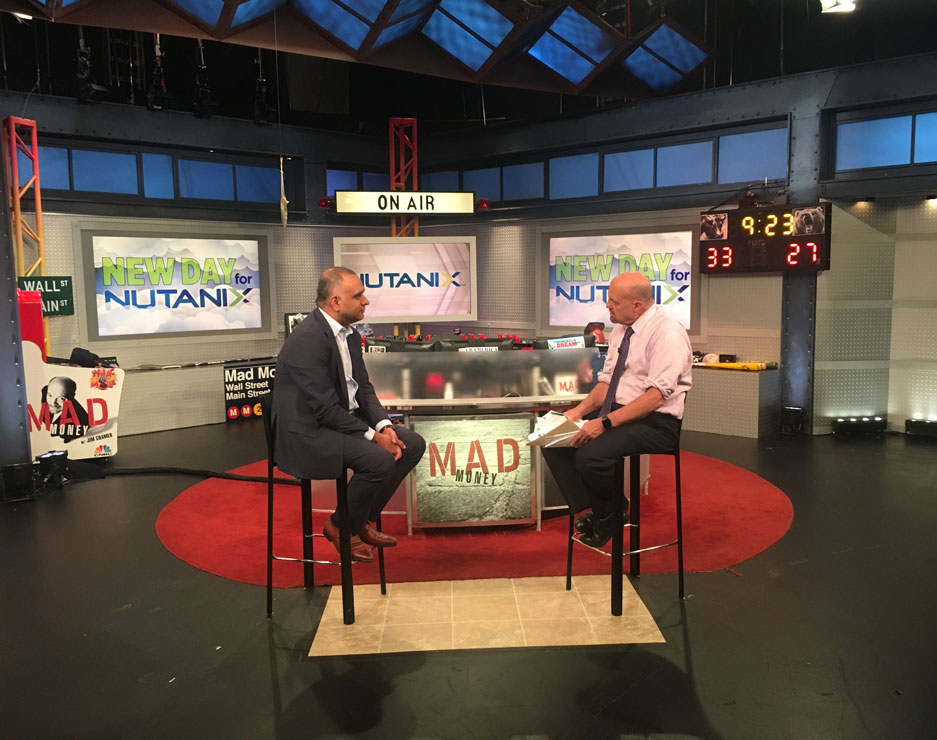 Pandey’s first 10 years at Nutanix taught him how to thrive in the relentless tumult of a technology startup and how to handle stiff competition and naysayers. During the decade, he learned valuable lessons about the importance of company culture, business flexibility, customer experience and a software-defined future.

Technology gurus love to extol the virtues of company culture. Pandey has a more nuanced perspective.

“I've come to differentiate values from culture,” he said. “Values are permanent. Our values are staying hungry, humble and honest. We don’t compromise on those values.”

[Related story: This Founder Grew His Cloud Software Company to $1.5 Billion in Sales in Just 10 Years. Here Are the Biggest Lessons He Learned Along the Way]

Culture, by contrast, must be consistent but flexible, he said. It must constantly adapt to the company’s age, staff and customer base.

The trouble with culture is that it must embrace what Pandey calls paradoxical principles. Focusing on action and agility, for instance, can collide with designing elegant products, which take a long time to build.

“Leadership is really about balancing paradoxes,” he said. “Even when cultural principles seem like they are odds, they provide a framework to think about what’s right for the customer, the employee or the partner.”

Pandey often talks about the three Ds — data, design and delivery. Data DNA is pivotal because the company is reinventing how data centers store, process and network data. Design DNA focuses on crafting unforgettable user experiences that streamline and simplify the work of IT. Delivery DNA means ensuring customers get reliable products and unmatched support.

Another core principle for Nutanix comes from the book Antifragile: Things That Gain from Disorder, by Nassim Nicholas Talib, an expert on the impact of random or unexpected events.

“Resilient systems respond to a shock by returning to their original state, while Antifragile systems actually become better after the shock,” Pandey said. Muscles grow stronger after lifting weights. Organisms build immunities in response to infections.

The idea also applies to business. Indeed, it has helped Nutanix bounce back from the near-death experiences that bedevil every startup.

“We never tried to find a culprit as to why things failed,” he said. “We just came together and created this Antifragile character of the business.”

When shocks to the business occur, he looks for ways to benefit and grow stronger. He sees vulnerability, volatility and stressors as reasons to remain agile and focused on what customers really need.

Pandey gave his design team an ambitious goal: Make HCI software so simple to use that application administrators could operate infrastructure without any training.

Of course, Nutanix needed a killer app to gain traction in the marketplace. Pandey’s team chose the long-neglected niche of virtual desktop infrastructure (VDI). Historically, trying to virtualize Windows from remote servers produced dreadful results that drove users batty. That changed when Pandey and his team figured out how to make VDI work in the enterprise.

It was an extremely contrarian move: Many businesses had given up on VDI by 2009, assuming mobile apps and operating systems would replace the desktop OS.

“We asserted that enterprise applications do not get rewritten so quickly,” Pandey said. That assertion gave Nutanix its first major win. 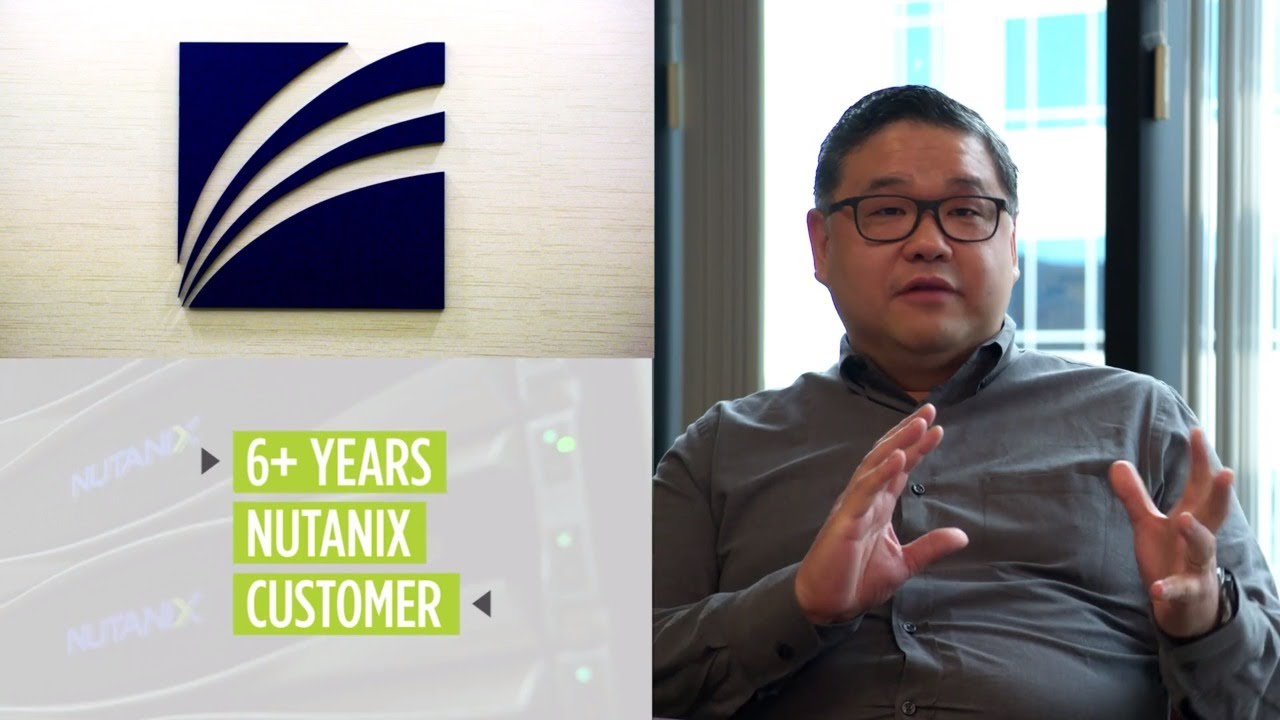 Early on, Nutanix succeeded in the federal sector, which is notorious for rigorous compliance and security requirements. Federal agencies balked at the cost of the most popular enterprise virtualization software, so Nutanix crafted an open-source alternative that zeroed in on usability, performance, storage, networking and enterprise-grade reliability.

Agility and counterintuitive strategy helped propel the first phase of Nutanix, which placed HCI on hardware that included Nutanix-branded appliances. The second phase happened after the company went public and switched to the software-centric and subscription-based model, whose early results unnerved investors in FY2019.

That reinvention created another round of challenges.

“From sizing to quoting and configuring to cash to revenue, everything had to change,” Pandey said. “It’s like changing the wings of a plane flying at 35,000 feet.”

Through all the technical and business fluctuations at Nutanix over the past decade, Pandey insisted on one constant: The company should not impose clunky, hard-to-use interfaces on enterprise users. He looked at the elegant usability of the iPhone and wondered:

“If Apple can do this for the consumer, why can’t we do it for the enterprise?”

Making things simple can be a herculean task. Hyperconverged infrastructure uses hypervisor software to manage multiple virtual machines on multiple servers. Think of it in layers: Applications above, commodity hardware below and Nutanix in the middle — distributing compute, storage and networking without affecting application performance.

“The key design challenge is that we have to fool everybody into thinking nothing above us has changed,” Pandey said. Just as smartphones give no clue to the technical details of swiping screens and taking pictures, Nutanix strives to make the nuts and bolts of HCI invisible to enterprise users.

This kind of design thinking is catching on across the technology sector.

“Enterprise products are morphing quickly into consumer-grade products and designers are taking center stage,” Pandey said. “Anybody who doesn't value design will face a tough time because they’re selling things instead of selling experiences.”

Pandey said tech companies need to overcome the traditional left brain/right brain schism that separates people from technology. “I have always been into art, history, politics and other things beyond tech,” he said. “So, I’ve seen how people, their personalities and their backgrounds become part of telling the story of companies and products.”

Another way to put it: Empathy is increasingly pivotal to software design.

“Technologists have realized they have to think about the day-in-the-life experience of the end user,” Pandey said. “That’s a really hard thing to get right.”

It’s not just tools. It’s how companies back them up. Customer support is one realm where Pandey pushes hard to get the user experience right.

“Support was never a cost center for us,” he said. “It’s always been a profit center.”

Software is the Future of Technology

That’s the core rationale behind Nutanix’s shift from selling HCI products to focusing on software and a subscription model. It’s also why Pandey had to explain this to investors on CNBC.

“The most important thing about our market is that it’s ever-expanding,” Pandey told CNBC’s viewers. “We were hyperconverging boxes and machines on-prem, and now we have to hyperconverge clouds. Because people are saying, ‘can you take your software to the public cloud?’” 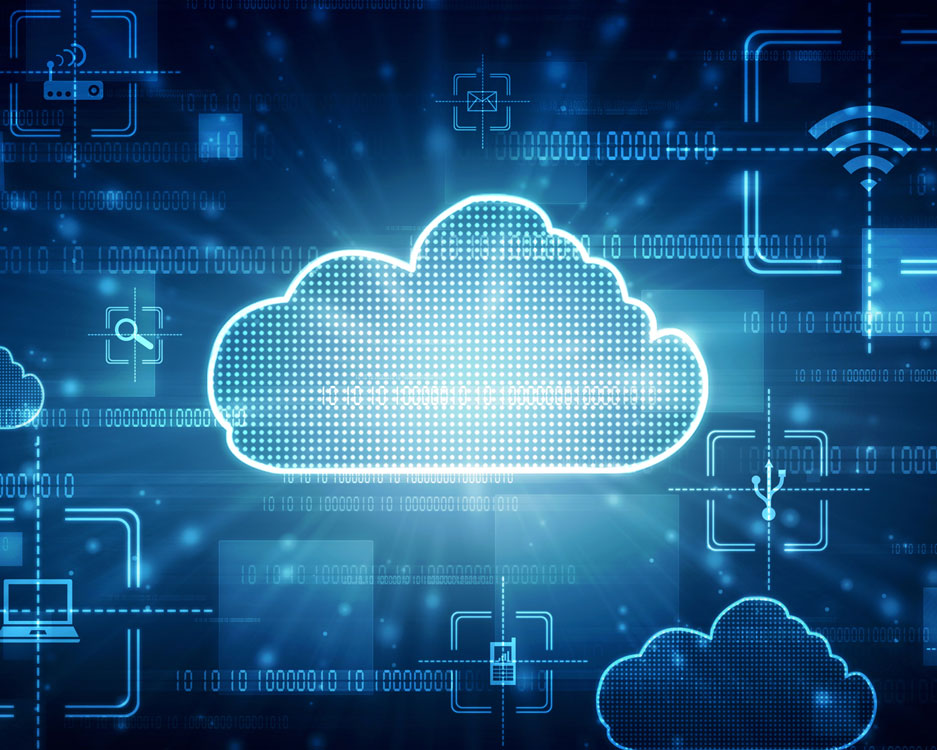 He said computing is moving to an era where entire clouds can be virtualized so apps can move from one destination to another.

“That is basically what the coming decade will define: cloud virtualization,” Pandey said.

Pandey and his teams have learned a few things about software the hard way, like the perils of expecting open-source platforms to deliver a satisfying user experience out of the box. Moreover, they have learned to embrace “coopetition,” navigating the stormy waters of collaborating with companies like VMware and HPE while also competing with them.

Subscription revenue surged 72% year-over-year as of the end of Q4 FY2019. Customer retention stood at 97% in FY 2019. For five years straight, Net Promoter score — a standard for customer satisfaction — has averaged 90, in a volatile industry that averages around 30.

“We’ve been comfortable waging a war on behalf of the underserved customer, making the insurgent in us fight the smug incumbent within,” Pandey said. “It’s an extremely schizophrenic state of being, but it keeps us subservient to the customer and market forces at large.”

The move from a hardware to a software then a subscription business model is Pandey’s way of helping customers grow their business while also building Nutanix for the long run.