Why Businesses Move Apps Out of the Public Cloud

Recent reports show repatriation is on the rise as IT professionals grapple with more options and become more strategic about where to run particular workloads. 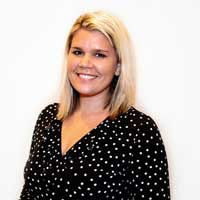 To the cloud or not to the cloud? That used to be the question. But today, choosing to run data operations in the public cloud is no longer a binary decision, according to findings from a variety of industry studies.

Research indicates that IT professionals are feeling the sting as they evolve from relying on a few cloud services to many. New viable options have inspired many to use multiple public cloud services, but that doesn’t explain why a growing number of companies are moving applications and workloads back to their own data centers. A closer look reveals a growing number of enterprise IT systems are becoming more cloud-like as businesses behave more strategically about how and where workloads run.

According to a NetEnrich study, 68% of IT departments are currently using public cloud infrastructures, and 80% have moved at least a quarter of their information onto them. Yet while public cloud benefits are well documented－lower capital costs, unlimited scalability and faster time-to-market, to name a few－a darker side is starting to show itself. Most notably, businesses are growing wary of security, performance, and cost issues, according to NetEnrich, and some appear to be adjusting their strategies to avoid them.

Nearly three-quarters of respondents to the 2019 Enterprise Cloud Index survey by Nutanix and Vanson Bourne reported moving some applications back onto private infrastructure from the public cloud – something IDC calls cloud repatriation. And 22% of those said they were moving five or more applications back on prem. What’s going on?

One explanation is that the use of hyperconverged infrastructure (HCI) has spread dramatically and is being used to manage more critical workloads, according to Eric Sheppard, research vice president of enterprise infrastructure and platforms at IDC.

“If you go back four years or so, the vast majority of the workloads were smaller [virtual desktop infrastructure], remote-office/branch-office kinds of environments,” because they were more predictable workloads, he said.

“Now, plenty of mission-critical applications are running on HCI today and those ROBO and VDI workloads are a minority.”

IDC research has found the top repatriation drivers to be security (19%), performance (14%), cost (12%), control (12%), and centralizing/reducing shadow IT (11%). Results from the 2019 ECI also show security as an overriding consideration in whether to use public clouds at all. If the decision is made to use them, ECI respondents say, security again is the top criterion in whether to run a given application, virtual machine (VM), container, or other workload there or to keep it on premises.

“Anytime you send your data outside [your premises], there’s a question about security,” Roman Nemec, an application hosting enterprise architect at Honeywell, in Brno, Czech Republic, told The Forecast.

“Is it possible to do it securely? Yes. But in the public cloud, you don’t really know where your data is running.”

Surprises over public cloud computing costs and an inability to accurately budget for usage might be another factor, according to said Faisal Jawaid, IT manager at Telus Spark in Calgary, Alberta, Canada.

“There’s still a lot of mystery surrounding the public cloud,” Jawaid said. “We have to talk to gurus to understand the many plans and pricing tiers. It’s difficult to follow. You can’t just go compare prices easily, because the different providers use different terminologies.” He said he’ll turn to public cloud services only when he knows the exact cost associated with them “so that I can plan for the annual budget without any overages.”

That could take a while. Findings from the past two annual ECI surveys show that about 35% of businesses using public cloud services are over budget. In addition, these studies repeatedly find that, on average, as much as 35% of public cloud spend is going to waste because companies choose the wrong service or pricing plan, or leave resources idle or forgotten, racking up unwanted charges each month.

Some companies might simply be finding that the initial upfront savings they enjoyed with the public cloud have reached their expiration date, according to Ryan Arnold, IT director at Acumen, LLC in Mesa, Ariz. He pointed out that while the public cloud works well for instant access to resources without upfront capital costs, “between the two- and three-year mark, you generally start saving more with your own equipment,” he told The Forecast.

“Initially, the public cloud is cheaper,” he said. “But over time, you start losing your ROI.”

Cloud Academy, a cloud computing training company, cites downtime as one of the biggest disadvantages of the public cloud. The reason is that the cloud relies on access via the public Internet, whose service levels can be unpredictable, according to Cloud Academy blogger Andrew Larkin, an AWS certified professional.

He indicated that when high-profile companies such as Amazon and Slack suffer cloud outages that receive a lot of publicity, the general reliability of the public cloud is called into question. How much an outage affects a given business can vary, but for companies that rely on near-100% network and system uptime for delivering critical healthcare services or completing financial trades, for example, downtime can be devastating and costly.

Gartner reports that one minute of system downtime within an organization costs about $5,600 or about $300,000 per hour, depending on industry and other factors. Scale that across larger enterprises and that number can climb into the millions, whether those losses take the form of a revenue hit, compliance liability, brand damage or a combination.

But downtime is a persistent issue with no easy answers. Some enterprises might perceive that moving systems on-premises is one way to circumvent it. However,Green House Data blogger Joe Kozlowicz points out the bottom line about owned IT infrastructure.

“An on-premise solution doesn’t negate downtime — but it does introduce a sense of control over the infrastructure,” he wrote.

Kenzie Pittman is a contributing writer and author of the body-positive lifestyle blog, The Curve Confessions.