Growing Need for IT Generalists

Digital transformation and software-defined data centers are sparking the need for IT pros who learn quickly and have a big-picture view.

In the recent best-seller Range: Why Generalists Triumph in a Specialized World, Daniel Epstein tells the stories of Tiger Woods and Roger Federer, two athletes who reached the pinnacle of their sports in very different ways.

Woods was a golf prodigy who was beating adult players at the age of five. His talent was evident at such an early age that the youngster did little else during his formative years.

Federer, by contrast, was a sports mutt as a child, playing soccer, basketball and an assortment of racquet sports before settling on tennis in his late teens. Despite not having put in thousands of hours of practice typical of world-class athletes, he came to dominate his sport in the same way Woods dominated his.

Epstein notes that people who specialize in a certain discipline tend to advance more quickly than others in their early careers but are more prone to burnout and mid-career change. He said those who experiment with several career options tend to out-earn their more disciplined counterparts in the long run because they enjoy greater confidence and more holistic experiences. 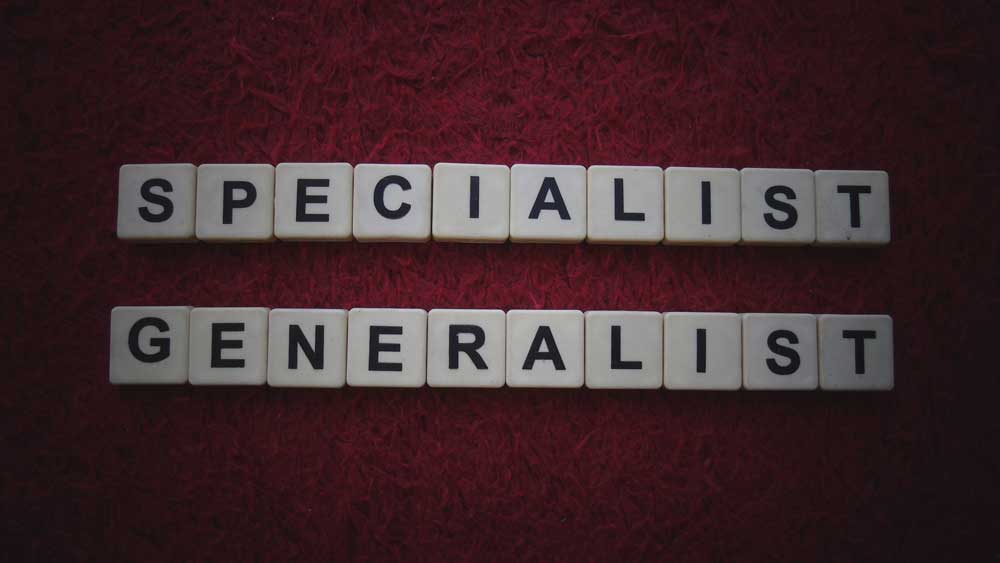 Is IT the exception or the rule? In the days when IT infrastructure was all on premises, generalists ruled the day. A systems administrator was expected to understand the system, storage and networking components of the data center well enough to manage them all. But as IT grew more complex, certifications flourished in areas like storage, networking, database administration and cybersecurity. Deep knowledge equated to long-term career success and general skills were marginalized.

Poised for a Comeback?

When Nutanix Information Technology Architect Eric Pearce was studying Computer Science, being called an IT generalist didn’t carry so much weight.

“The generalist was someone that wasn't technical enough, somebody to be looked down upon and made fun of,” he said. “Your self-worth as an IT person was connected to how deeply specialized you were.”

But IT generalists may be poised for a comeback. Many experts believe that growing automation and the need to knit together complex fabrics of technology, including rented and owned hardware and software, is driving a new need for big-picture, cross-disciplined thinkers.

“As the world moves to more software-defined infrastructure, you need professionals who can apply skills across all facets of the stack: computer, networking and storage,” said Steve McDowell, a senior analyst at Moor Insights & Strategy.

The days when “someone identified as an expert in a specific technology and was set for the next 20 years” don't exist anymore, Pearce said.

He said holding certifications in a particular brand of equipment or software used to spell job security.

“I think it's a disastrous career move to tie yourself too closely to a single vendor now,” he said.

But demand for these skills may be more short-lived than in the past, particularly as automation obviates the need for targeted skills. Researchers at Northwestern University’s Kellogg School of Management estimate that computer network support specialists have a 24% chance of being replaced by automation. For database administrators, the figure is 39%.

Pearce said the rapid pace of technology innovation increasingly favors IT chameleons who can quickly adapt a set of core skills to new scenarios. Technical depth matters less than resourcefulness.

“It's empowering to have the mindset of saying ‘I know little about that now, but I know how to quickly orient myself and become proficient in a new subject,’" Pearce said. 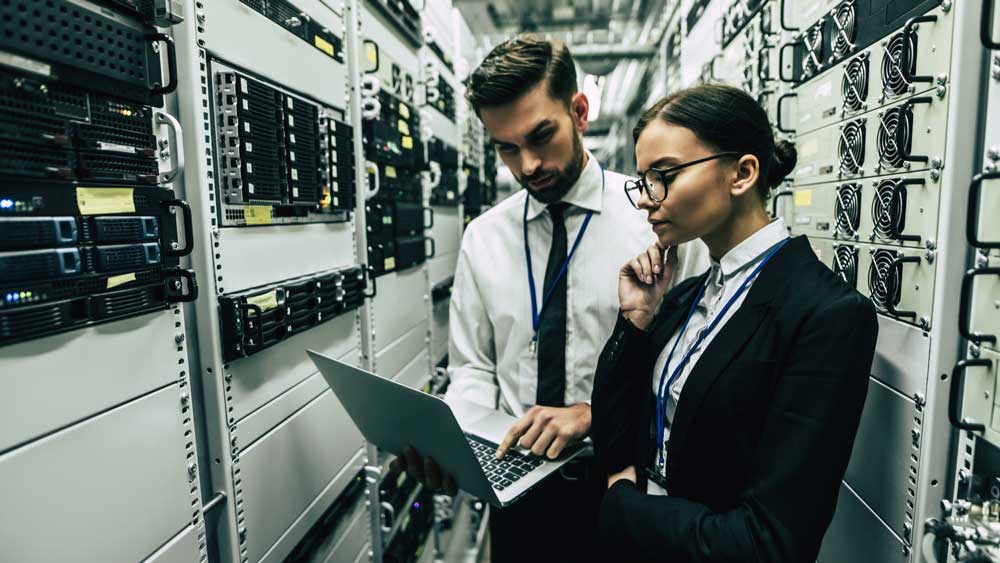 The hiring outlook for IT workers in general is strong, according to the Bureau of Labor Statistics. However, the agency notes that “Demand for these workers will stem from greater emphasis on cloud computing, the collection and storage of big data, and information security.”

Nutanix’s Pearce points to his own company’s hyperconverged infrastructure (HCI) products as an example of how quickly things can change. HCI turns multiple layers of the hardware into a software-defined IT stack. It modernizes data centers, making it quicker, easier and less costly to scale up or down resources compared with traditional IT systems.

Pearce said legacy IT required highly specialized teams for each technology area, such as hosting, storage and networking.

“The Nutanix administrator could be the one person that does the entire virtual machine setup, including the storage and networking,” said Pearce. “Just a single person can do it. They don't have to be an expert, but they have to know enough about the implications of the technical choices they're making.”

The need for specialized skills isn’t necessarily on the decline, but long-term success will increasingly demand the ability to understand the bigger picture of how technologies interact and to shift with changing times.

"Generalists are needed because you've got to have somebody who can look across a number of different areas and derive insights," said ExtraHop CIO John Matthews in an interview with CIO.com.

When bringing on new talent, Matthews looks for people who are passionate about specialties like networking, but that’s not all.

“They must be smart enough to understand that every technology and application that connects to their network affects its performance,” he said. “Honestly, the best specialists I know are generalists."

LinkedIn’s 2020 list of the hard skills most needed attests to the speed of change. The top two most in-demand skills are blockchain and cloud computing, technology specialties that barely existed a decade ago.

The next two skills on the list, analytical reasoning and people management, are among those most resistant to automation. The fifth one, user experience design, demonstrates how the rise of software as a service has put a premium on skills that can make technology accessible to the average businessperson.

David Foote, whose research firm Foote Partners tracks ongoing demand and pay rates for more than 1,000 IT positions, sees the explosion of new technology driving demand for IT people who can teach.

“The Internet of Things, AI, blockchain and robotics will make training more important in the future,” Foote said. “The only way to get people to use these things is to train them.”

Having spent two decades tracking IT skills demand, Foote has noted a steady rise in interest in skills related to human interaction, such as negotiation and salesmanship.

“CIOs are hiring more soft skills because non-technical people are having a lot of trouble with new technology and you can’t talk to them the way engineers do,” he says. “CIOs have been telling us for years they need more marketers and salespeople.”

New technologies like machine learning will contribute to the need because the tasks they replace will tend to be repetitive, according to Moor Insights’ McDowell.

“IT organizations will be looking for “someone who’s a little-more customer-facing instead of someone who looks at errors and alerts,” McDowell said.