As the Simpsons enters its 30th season, writer, producer and one-time showrunner Mike Reiss shares the secret to enduring success. 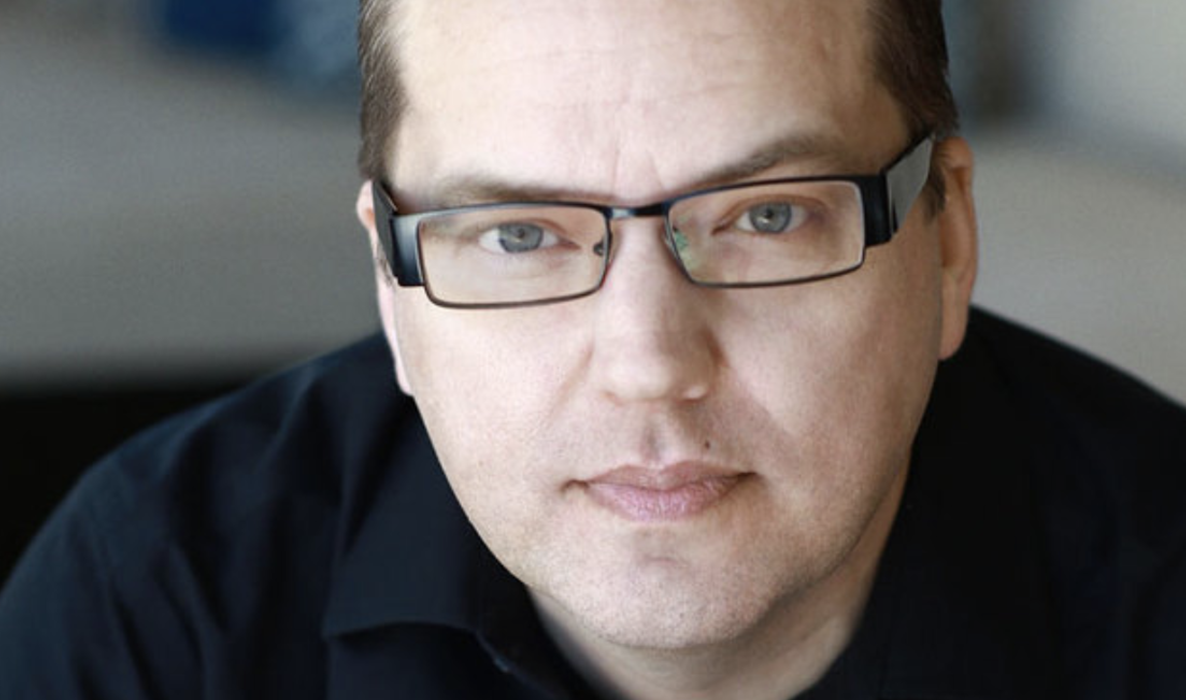 Most scriptwriters toil in relative anonymity. Unless viewers read a movie or TV show’s final credits, a name like Mike Reiss doesn’t ring a bell. But in his 35-years in Hollywood, Reiss’ witty writing has helped make some of the funniest TV shows ever, including “The Simpsons,” “ALF” and “It’s Garry Shandling’s Show.” He has written for comedy legends Johnny Carson and Joan Rivers, and co-created the animated series, “The Critic, featuring Jon Lovitz.”

To paraphrase Troy McClure, the infommercial character on “The Simpsons” voice by commedia Phil Hartman: “You may have seen his work in such films as Ice Age: Dawn of the Dinosaurs, Despicable Me 2, and Hard Drinkin’ Lincoln.” That last one is a real series that Reiss developed for the web.

Outside of his Hollywood career, Reiss has authored 20 children’s books and several off-Broadway plays. In his new book, Springfield Confidential, Reiss shares what it was like to work on “The Simpsons” for the last 30 years, making it one of the longest running scripted shows on TV. 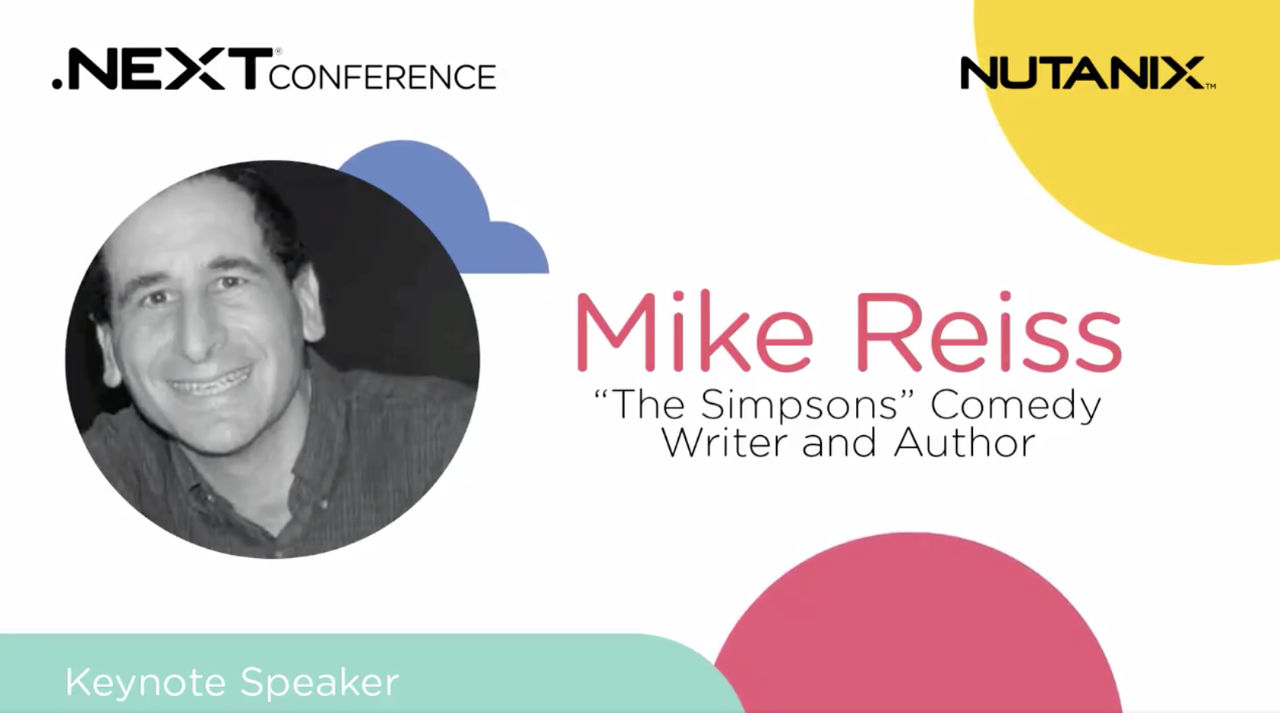 Ironically, the show that brought so many memorable laugh lines like “D’oh!” and “Mmmmm, sweet creamery butter” offers valuable insights for business leader striving for ongoing success. Reiss was interviewed prior appearing on stage at the Nutanix .NEXT event in Anaheim, May 8, 2019.

Keep Executives Out of the Creative Process

One key lesson Reiss leaned in his career is to hire people that are great at what they do then get out of their way. In television, that means keeping the executives out of the creative process.

“In network television, you’re just overrun by people with no creative experience telling you how to do your job,” said Reiss.

“I had eleven executives working full time on a sitcom I worked on for ABC. They would bombard me with helpful suggestions, like: “I love it, but does the Rabbi have to be Jewish?” and “Can you make Satan more likable?"

“My friend did a pilot for a red-hot comic, and every day he had to send copies of the script to 45 executives,” he said. “I scanned the list and told him that three of the people on it were dead. He replied, ‘I wish more were.’”

“The Simpsons” had a “no-exec” policy from the start. James L. Brooks, the show’s legendary producer, decreed that no network executives would be allowed anywhere near the show.

“Any bum off the street was welcome to come and watch,” said Reiss, “but not the president of the network — that is until he gets fired and becomes a bum on the street. Interestingly, 80% of L.A.’s homeless population is made up of former network presidents.” 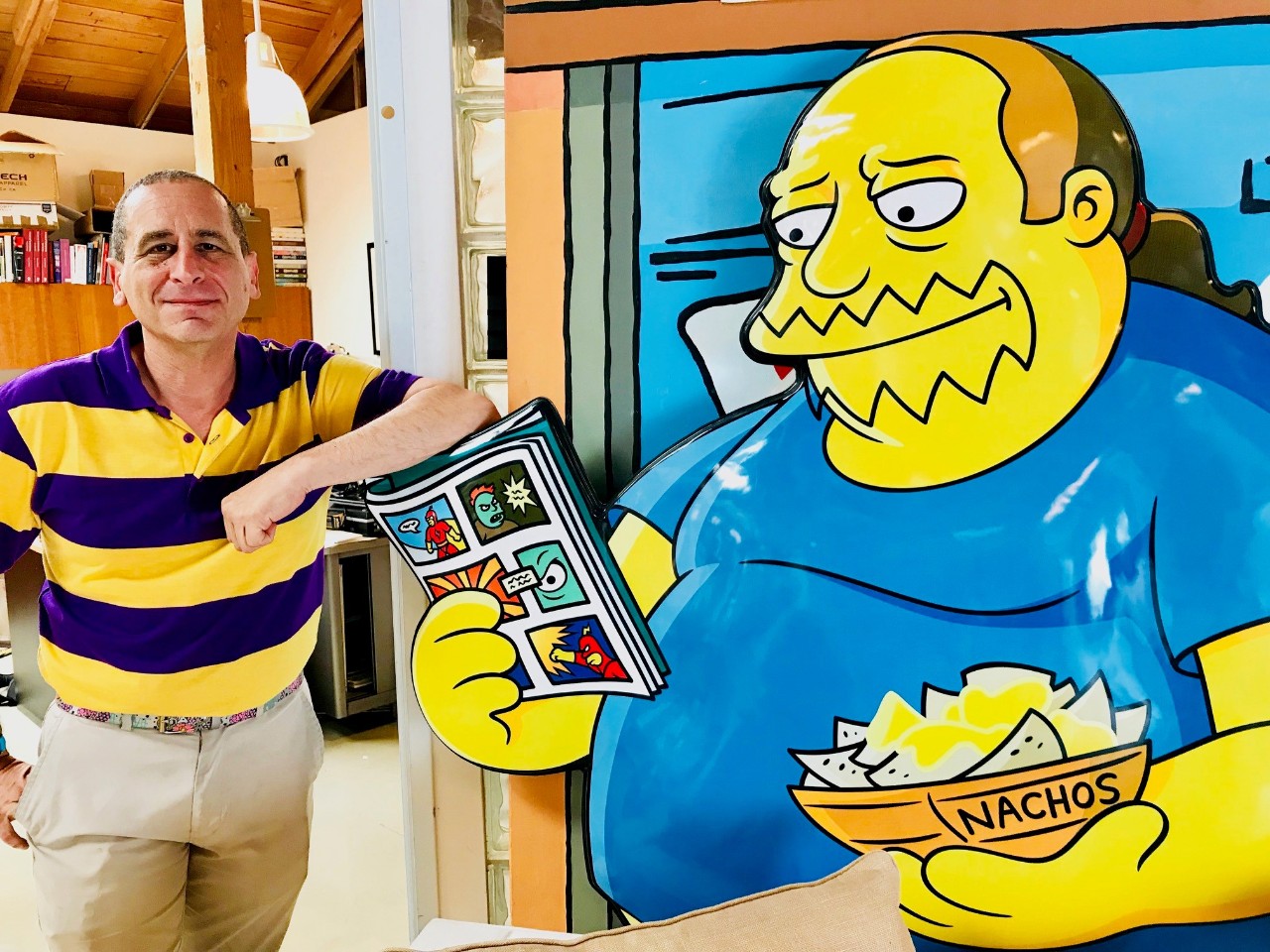 To keep executives from meddling, it helps to be successful from the start. “The Simpsons” debuted to the highest ratings in the history of the Fox network.

“You'll read articles that say it was slow to build, but that’s not the case,” said Reiss. “We set a record with our first episode. Critics called it a game changer — that TV had entered a ‘new phase’ with ‘The Simpsons.’”

When Reiss and his long-time writing partner, Al Jean were hired to write for “The Simpsons,” nobody wanted to work on the show. In fact, the writing duo got the job after their friends, Max Pross and Tom Gammill, turned it down.

“I got the Simpsons job the same way I got my wife,” Reiss said. “I was not the first choice, but I was available.”

He said not a single writer on the show thought it would last more than six weeks on the air. After all, there hadn't been a cartoon in prime time since “The Flintstones.” Worse yet, the show would be on Fox, a new network at the time that many thought wouldn’t last.

There were clues that Fox execs agreed with the writers’ assessment for the show’s prospects: The premiere was held in a bowling alley and the writer’s room was a trailer.

“I assumed that if the show failed, they’d slowly back the trailer up to the Pacific and drown the writers like rats,” said Reiss. “Only Sam Simon [Simpsons co-creator] was optimistic. ‘I think it will last thirteen weeks,’ he said. ‘But don’t worry. No one will ever see it. It won’t hurt your career.’” 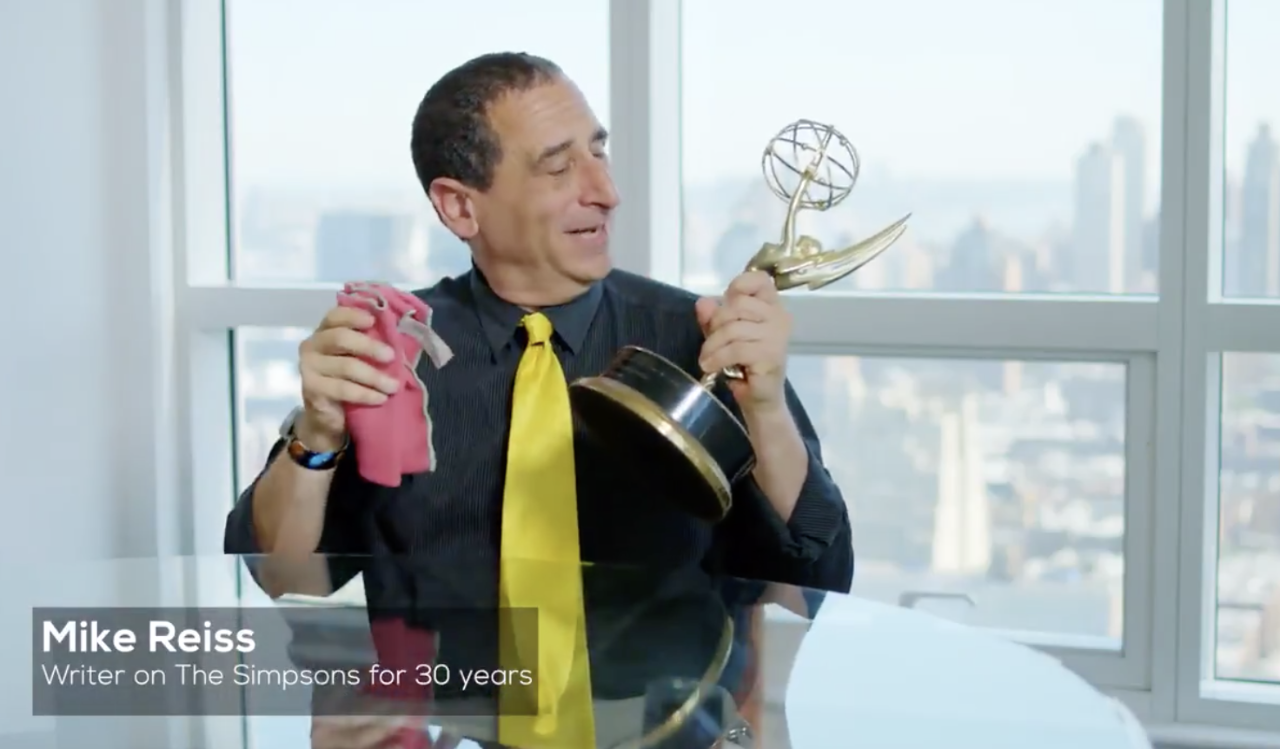 “Scenes were snappy and packed with jokes—in the dialogue, in the foreground, even in the background. When Homer went to a video arcade in episode six, Al and I filled the place with funny games like Pac-Rat, Escape from Grandma’s House, and Robert Goulet Destroyer. Remember, this was 1988. It’s no joke to say that the fastest-paced, most irreverent comedy on TV at the time was “The Golden Girls,” a show about three corpses and a mummy.”

He paused then said: “I broke into sitcoms writing a script for ‘The Golden Girls.’ Now I am one.”

Check Your Ego at the Door

Every episode of “The Simpsons” required a team effort no matter who wrote the first draft.

“Somebody writes a script — and they write the very best script they can, knowing that it will go to a room full of writers who will sit there and change it a line at a time,” said Reiss.

Often it will go to a second writers room for polishing. Then, they read the script out loud with the cast to hear how it sounds, how the story is tracking, and rewrite it again. The animators create a rough black-and-white storyboard, which is again critiqued by the creative team, and a rough animation called an animatic is developed and shown to a group.

“We see what's making people laugh and we fix what's not working,” Reiss said.
Even after an episode is sent off for full-color animation, changes are made based on audience reaction.

“You have to pity a poor joke that’s in the first draft of a script because it’s gotta make a room full of people laugh four or five separate times to make it to the finish line.”

By the end of the process, about 80% of the original script will be changed — almost always for the better.

“There’s no room for ego in this process,” he said. “If a writer fights to preserve his original script, he’ll probably get fired.”

Say No to A-holes

Due to such a collaborative process, success in the writer’s room requires a delicate balance of talent and attitude. One irritating or obstinate writer can bring the entire machinery of the show to a halt.

“Long before ‘The Simpsons,’ I worked with a writer who was very talented, but he was also an A-hole. The boss called him in and said, ‘we love the work you’re doing here, but everyone thinks you’re an a-hole. So, we’re going to have to fire you unless you can, you know, stop being an a-hole.’ The guy said, ‘let me think about it.’ He went home that night and returned the next morning. He said, ‘I discussed it with my wife and she agreed — I can’t stop being an a-hole.’” Kidding aside, Reiss said they suffered few such writers on “The Simpsons.” They lost writers who complained about the process and some just didn’t work well with others. But mostly, they succeeded because the show is continually staffed with professional comedy writers who take their profession of being funny quite seriously.

“People expect our writers’ room to be a raucous madhouse, but it’s not; it’s a serious place of business,” he said.

“Every few years, a news program sends a camera crew to observe the Simpsons writers at work, and every time, the crew gets bored, then angry and storms oﬀ without a second of usable footage. This is because our writers aren’t clowns or performers — they’re introspective, hardworking people who will spend two hours trying to think of a title for an Itchy and Scratchy cartoon.”

Keep Pitching No Matter What

Mike Reiss believes that there’s a perfect joke out there for every setup; it’s just a matter of having the patience and stamina to find it. Like that “Itchy and Scratchy” cartoon title “Of Mice and Manslaughter.”

“I would sometimes see Mike and Al sit on a joke for an hour,” said a young writer on “The Critic.” “If they didn’t like the jokes, there were times they would just sit there pitching. Or in silence. For so long. Watching them try to figure out what was strong and what wasn’t was how I learned to be a comedy writer.”

That young writer was Judd Apatow, who went on to produce “Freaks and Geeks” and direct “The 40-Year-Old Virgin” and “Funny People,” starring Adam Sandler.
The lesson Reiss points out is that the first idea is not necessarily the best. Neither is the thirty-first. But a solution to every problem can be found with perseverance.

When will it all end?

When will it all come to an end?

“It’s rude to ask,” he said. “It’s like asking your grandma when she’s going to die. “She doesn’t know, and she doesn’t want to think about it.”

The original version of this article appeared in Next Magazine, Issue 5, May 2019. Subscribe to here.

David Ball is a contributing writer. He is founder of B2B Writers. Find him on Twitter @Ball_David.