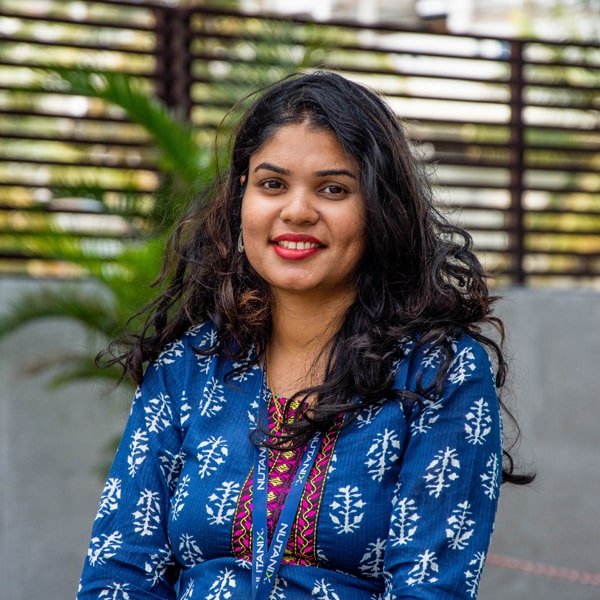 How the gatekeepers, the keymakers, and the bridgebuilders think about diversity.

Anju’s on the Nutanix India HR team. At one point, she was the India HR team. She came to us back when our employee count was in the mid-double digits, and to our great fortune, she decided to stick around for a bit.

One of the first things she noticed when she walked onto the office floor for the first time all those years ago was how few women there were. But, if anything, it didn’t prompt her to simply hire more women. Instead, she approached the idea of diversity from a much larger perspective.

“Diversity is informed by perspective and way of thinking,” she says. “So many people look at diversity as a quota – a number to be filled for some reason or other. But diversity is, at its heart, about embracing our differences and recognizing that those differences can bring us together.”

Anju cites hiring over the years and Nutanix’s acquisitions of different companies as examples that informed her own outlook.

This attitude is something that Anju says Dheeraj and Nutanix leadership have embraced for a long time. Nutanix began as a company with people who were relatively new to the job market – folks fresh out of college, eager to cut their teeth on something new, exciting and interesting. People who were bold and fearless and wanted not to work for a company, but to build one with their own two hands.

That attitude has carried on well into the future – and has shaped Nutanix to become what it is today. We aren’t, for the most part, a top-heavy company. We’re one large global team of doers, united by a common vision and purpose. It’s something that Anju recognizes, respects, and works to keep inherent to our culture, because as one of our HR Business Partners, she holds the keys to the kingdom, and helps bridge the gap between idea and execution.

And what she wants is, quite frankly, the same thing we all want. To come together, and work together, to contribute and grow and evolve ourselves and the company in meaningful ways – not in spite of our differences, but because of them.