AI is gearing up to change the future of work, as companies like Houston Mechatronics and Zyrobotics apply it to jobs that are dangerous, expensive or short on human resources.

Once the stuff of science fiction, robots are now busy automating factory floors, helping us navigate highways and even vacuuming our carpets. As advances in artificial intelligence (AI) progress, experts say both physical and virtual robots will get smarter and take on even more critical tasks in medicine, public safety, teaching and hazardous duty.

A surprising number of these robots — 23% by 2025, says the World Economic Forum — will be humanoid robots. Where AI is already helping humans make financial decisions today, the WEF expects that “in short order, robots will be shaking your hand and helping you sign the dotted line, too.”

For now, though, most robots perform highly structured, repetitive work that humans either don’t like or tire quickly from doing, said Nicolaus Radford, the CTO of Houston Mechatronics, a maker of robots that perform underwater equipment maintenance. “But increasingly, you’ll see them used to provide services that range from drone-delivered pizzas to robo-cops,” he said. 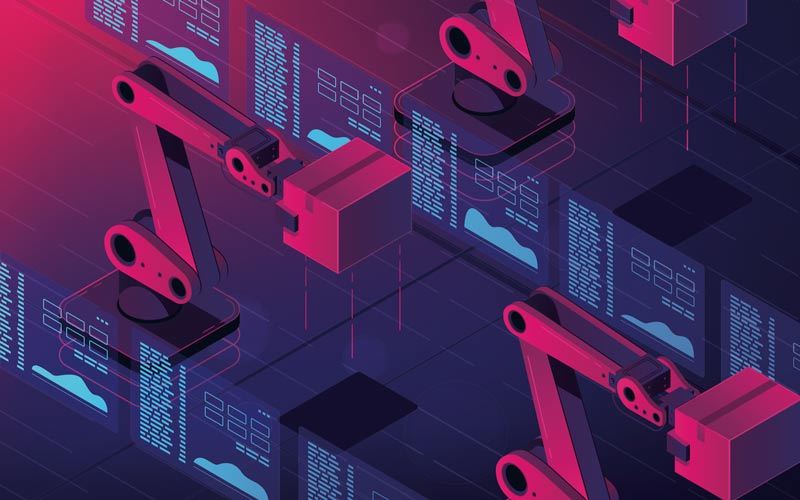 In fact, the WEF predicts that robots or some form of automation will conduct more than half the work performed on earth by the year 2025. Just what will those tasks entail?

The Dangerous and the Expensive
Some will be jobs that are too dangerous for humans or too expensive to do by other means, said Radford. His company builds intelligent robots that maintain equipment that pulls oil and hydrocarbons out of the sea floor. The robots take the place of remotely operated vehicles (ROVs) that work underwater, connected by extension cord to a ship, he explained.

“The ROV-ship setup can cost $100,000 per day to use, which can be prohibitive,” he said. “Using mechatronics — a term I use to describe robotics, software, and mechanics working together — eliminates the need for the ship and the extension cord, completely changing the dynamics and economics of undersea operations.” 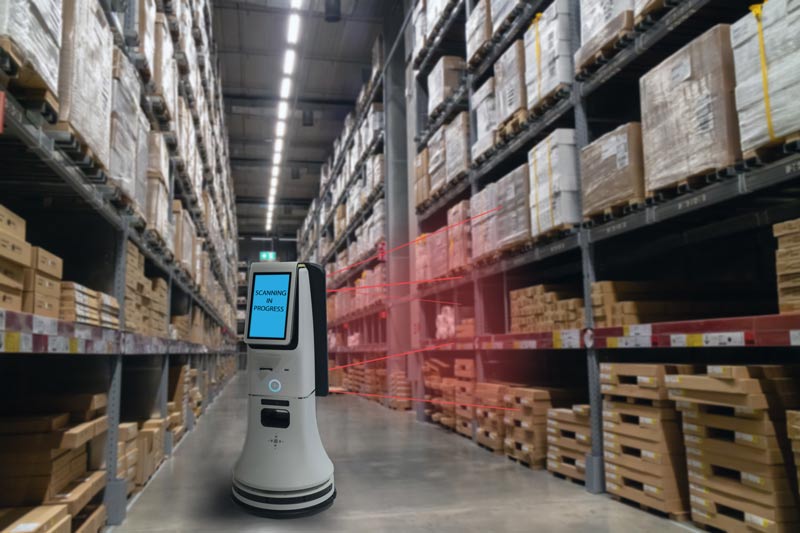 Whatever their form factor, robots are making a difference, particularly in the medical field. They routinely assist in minimally invasive surgeries such as neurologic, orthopedic, and laparoscopic procedures. Intelligent exoskeletons even help paralyzed people walk again, noted Ayanna Howard, CTO at Zyrobotics and Chair of the School of Interactive Computing at Georgia Institute of Technology.

She said robots can also perform jobs where there are human resource shortages, such as teaching.

Howard’s company builds robots that help children in ways that include leading them in workout classes so they can get more exercise. Howard programs the robots with the “emotional AI” cues the kids would expect from a parent, teacher or friend when they exhibit a certain behavior.

“As in real life, the robot coach will become ‘frustrated’ or ‘pleased’ with the child based on his or her performance,” Howard explained. She said robotics could eventually bring about the “democratization of education” by supplementing scarce teaching resources.

“We’ve come to a point where all college students should have at least a Computer Science 101 education,” said Howard. “But if there aren’t enough instructors, I can see robots being called upon to teach CS 101 classes to the student masses.”

Getting this education is important, she said, in part because in February, U.S. President Donald Trump signed an executive order asking federal government agencies to dedicate more resources to research, promotion and training on AI.

“It’s partly a defensive move,” said Howard. “There could be negative intent by others [outside the U.S.] using AI. So we have to invest, too. Otherwise, there will be an imbalance of power, weighted toward those who might want to use it against us.”

Some robots are being deployed as security guards, helping deter crime and protect the lives of peace officers. Knightscope, for example, builds, deploys and supports autonomous crime-fighting security robots that operate 24/7 in 15 U.S. states. The company said its robo-cops have already “secured over a dozen crime-fighting wins.”

Radford believes robots will be used increasingly for delivering services like these. He envisions a day when individuals don’t own their own vehicles, but instead call up a self-driving car on demand. He also thinks it likely that hospitals might soon use automation for bed transport and food service delivery to patient rooms.

“In the future, more AI researchers and data scientists are going to be hired than stockbrokers,” she said. The reason is that there’s too much data for a stockbroker or investor to consider without some AI modeling.

“We may still need a stockbroker to interact with the investor, but we’ll need more AI and researchers at the back end,” said Howard.

There are plenty of hurdles for AI and robotics to overcome, said Radford.

“Many of the dirty and dangerous jobs we want to use robots for take place in highly unstructured environments. These are the most difficult to automate,” he said. 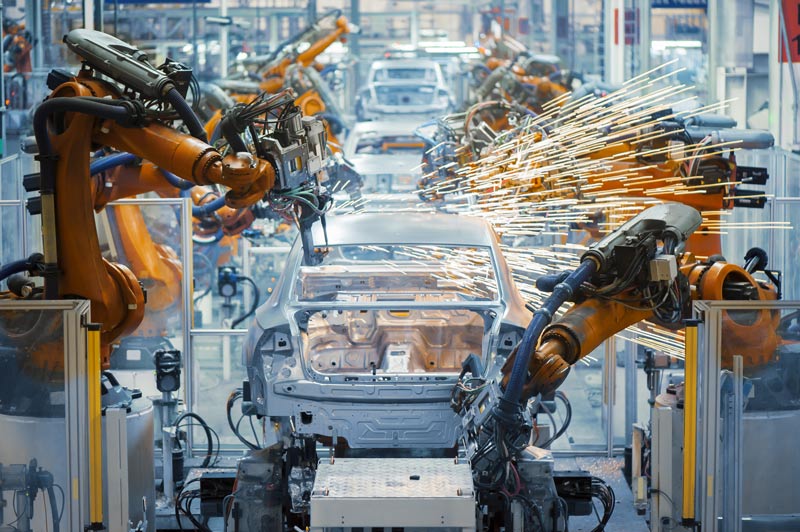 making automation fairly straightforward, he told Fast Company in 2017. He said that “it’s far more challenging to program robots to clean up a messy home or busy warehouse, where different things are in different locations all the time.”

Bias is another large challenge. Bias can sneak into the data used to train deep-learning models, for example, or in the process of selecting attributes from the data for the algorithms to consider, said Howard.

Case in point: It was reported last year that Amazon had been training its computer models to vet job applications based on a 10-year history of successful hires. But most applications from that period came from men, a reflection of the long-standing gender gap in the tech industry. As a result, Amazon’s computer models were, in effect, being trained to filter out women. Amazon had to scrap the project.

Erroneous assumptions can result in AI bias that has unexpected consequences like these. In 2018 alone, AI bias caused immigrants to be erroneously deported, unsafe cancer treatments to be recommended, and the creation of an “ethnicity detection” feature that searches faces in New York City based on race without citizens’ knowledge or permission.

The Future of Work

There’s no question that AI and robotics are changing the future of work. When a hazardous job once performed by a human is handled less precariously by a machine, that’s a win. Other changes are more subtle, difficult to gauge, or as yet unknown.

If self-driving vehicles replace truck drivers, there are likely to be fewer road fatalities, said Howard. One obvious tradeoff is that truck drivers are out of a job. But also, “Small towns along the truck route that rely on trucker business to thrive could be hurt economically,” she said.

While the WEF expects automation to eliminate about 75 million jobs in fields like data entry, accounting, and customer service by 2025, it will also create about 133 million new jobs, the organization says.

“We don’t necessarily know all the jobs that will be created,” Howard said. But she points out that makers of driverless cars will need to offer vehicle maintenance and repair services, which should mean new jobs that displaced drivers and others can consider.

“Only a certain kind of mechanic can work on Tesla cars,” Howard said. “[Tesla] is really hiring IT for cars. These aren’t quite white-collar or blue-collar jobs, but something in between. And I think people can be trained to do them.”

For that to become reality, the WEF suggests that workers, employers, and governments align on training. “The big automakers would benefit, for example, if they all kicked in some cash to help train people in the job skills big automakers need.”

But for now, it remains a question mark as to when such efforts might materialize, the WEF notes.