The Instant Detect project by the Zoological Society of London and Cambridge Design Partnership relies on the internet of things technology to protect against animal poachers.

Wildlife poaching is putting endangered animals at increased risk of extinction in places like Africa and Asia. But it can be difficult and expensive to monitor vast, remote habitats, so conservationists are using Internet of things (IoT) technologies to track and prevent illegal hunting, as well as monitor biodiversity loss and climate change.

Instant Detect (ID), a project of the Zoological Society of London (ZSL) and Cambridge Design Partnership, connects rugged ground-based sensors with satellite networks to capture and transmit data in real time. The idea is to alert local forces so they can respond quickly after or even before wildlife crimes are being committed.

“We designed it specifically for the needs of conservationists,” said Sam Seccombe, a Technical Project Manager in ZSL’s Conservation Technology Unit. Seccombe is a zoologist who draws on experience in reconnaissance and surveillance for the British Army.

Deployed in 2014, the first version of the network was tested everywhere from Canada to Antarctica. The Kenya Wildlife Service used it to fight poaching of rhinos, elephants, and endangered black rhinos.

The current version, Instant Detect 2.0, also uses satellite-connected cameras and sensors, but it has been completely redesigned to be simpler, reliable, rugged and cheap. Up to eight above-ground sensors send alerts and images to a buried base station. The plug-and-play design makes it possible to switch out different sensors, including passive infrared sensors that detect heat and movement and metal-detecting sensors triggered by the weapons poachers carry. 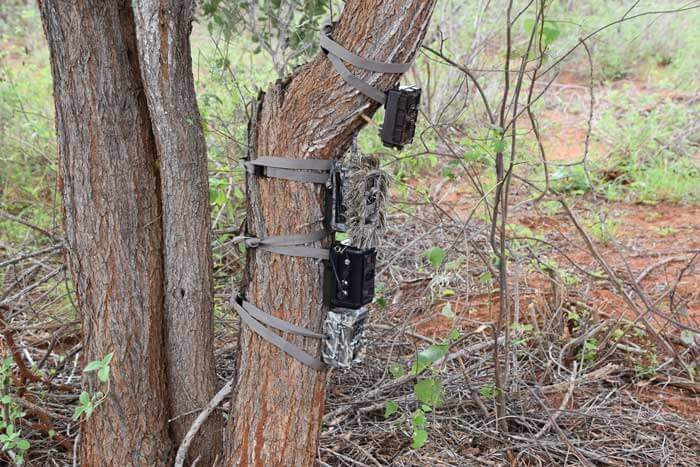 The sensors trigger custom-made, five-megapixel cameras while simultaneously sending their data and images to a buried base station over the reliable “long-range, low-power” (LoRa) radio protocol. LoRa is typically used to send small packets of data in IoT applications, so the Instant Detect designers had to develop a custom protocol that can handle larger image files. It also has to meet local laws to prevent interference with other radio devices. In field tests, radio transmissions could be sent 1 km through dense rainforest and up to 10 km through bushy environments.

Each base unit uploads the encrypted data to the cloud using a satellite modem connected to the Iridium network. This provides global coverage, even in places where there are no other local networks.

“As long as the antenna can see the sky, you should be able to get images out of there,” Seccomb said.

For all the challenges they faced in designing the software, Seccomb said, “making hardware is really difficult, and takes time. Building from scratch is hard.”

The sensors and base stations are designed to survive extreme temperatures and to fit into a backpack. They can be camouflaged to lower the odds of sabotage or theft; elephants have been known to rip sensors out of the ground, and poachers often destroy monitoring devices they find. A tamper alarm lets users know if a sensor is moved.

The ID system was designed to minimize battery use and go to sleep when it’s not in operation, but Seccomb said they hope to improve battery life even more. One option is to use external batteries charged by solar panels. The sensor suite can also be expanded to include sensors to track things like noise, temperature, precipitation and humidity, which would enable it to monitor environmental conditions over time.

The system’s interface makes it possible to use other cloud-based tools such as image recognition. Since trail cameras can capture thousands of images, they’re designed with a Linux processor that powers software that automatically classifies and tags images. The system is programmed to know which images are worth uploading. The system could also forward alerts as texts, emails, or automated radio messages. 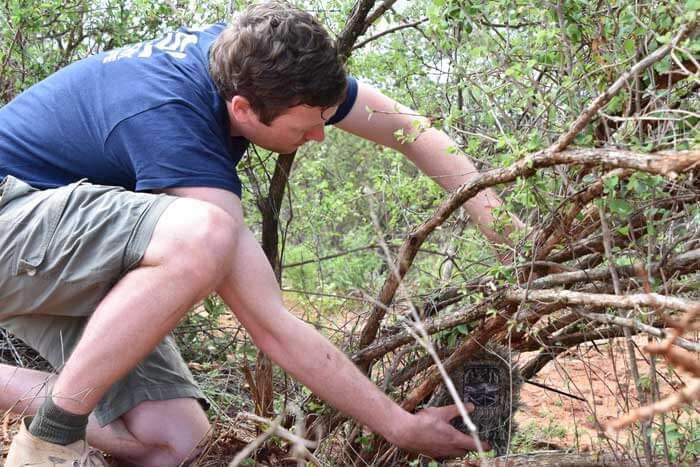 Seccomb hopes to eventually take advantage of the new Iridium NEXT satellite network, which is ten times faster than the old network. Another uplink option is the Starlink satellite network being developed by SpaceX.

The Instant Detect team has been working on optimizing prototypes since last spring, including intensive field tests in Tsavo West National Park in Kenya. They’re hoping to have a second round of prototypes ready by the end of September, followed by another three months of field trials. The commercial release could come early next year.

“The idea is to sell the system as cheaply as possible but still sustain the project,” Seccomb said.