Smartphone collector and CSS Insight Chief Analyst Ben Wood tells how the text and talk device evolved into a portable supercomputer now used by one-fifth of the world’s population. He then looks ahead and explains how 5G and AI will keep smartphones on the cutting edge. 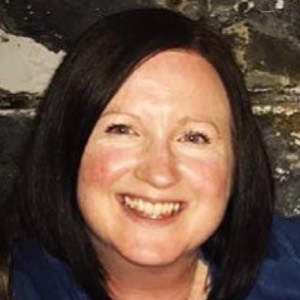 It seemed unlikely back in January 2007 that a rectangular handheld touchscreen would change how people communicate and interact with the digital world. But they did, and they’ve become a global economic engine, as nearly five billion people use them around the world.

Wood’s collection of more than 1,000 phones spans three decades. He has some of the rarest models, including the Motorola 8000X, the phone used in the movie Wall Street. He also has a Simon, IBM’s Personal Communicator released in 1994 that eventually sold 50,000 units.

For nearly two decades, Wood has been a mobile industry researcher and opinion leader, globetrotting to events like Mobile World Congress and the International Consumer Electronics Show to stay up on the latest innovations. He still remembers clearly the epiphanic moment when he realized he was on a mobile device odyssey with no end in sight.

“I quickly realized that I was living through an important historical event, so in 1994 I started collecting mobile phones,” he said.

“It’s been a passion of mine ever since and it’s a unique snapshot of an incredible period of extreme innovation.”

“I quickly realized that I was living through an important historical event, so in 1994 I started collecting mobile phones...”

He strongly believes the iPhone radically altered the trajectories of successful companies like Blackberry, Nokia and Kodak. On the flipside, it planted the seed for a new generation of companies like Airbnb, Facebook, Instagram, Snapchat, Spotify and Uber.

Wood said IBM’s Simon and Ericsson’s R380 were pioneers that paved the way.

“Both set the foundations for the DNA of the device we regard as the smartphone today,” Wood said.

Those devices were tremendously limited compared to today’s standard.

“They were orientated around receiving fax messages, which is hilarious now,” Wood said.

“It was like some kind of magic. You could be out and about, and someone could put a piece of paper into a fax machine and the message would miraculously appear on your device. That in itself was an enormous level of smartness.”

Soon after, Nokia dominated this market, selling tens of millions of stylish phones, including the tiny lipstick model still coveted by many today. Wood said each new model improved on existing capabilities and eked out better and better battery life.

Then Canadian company Research in Motion introduced the Blackberry as a two-way pager in 1999. This early phone solved the problem of how to do email and manage a digital calendar while on the go. Wood said it became so addictive for many people, some dubbed it “Crackberry.”

“Blackberry was the pivotal device in this period,” says Wood. “It started our sustained love affair with a piece of technology that enabled us to be connected to people at all times.”

Despite its dominance, Blackberry’s reign was short-lived. By 2006, Anssi Vanjoki, the charismatic head of Nokia's multimedia division, unveiled the Nokia N95, which had a brilliant display, outstanding photo and video capture capabilities, and high-speed wireless connectivity.

“Blackberry was the pivotal device in this period,” ... “It started our sustained love affair with a piece of technology that enabled us to be connected to people at all times.”

“The Nokia N95 was a mobile phone on steroids,” said Wood.

Six short months later, it was knocked off its pedestal by the iPhone.

“Steve Jobs knew that people wanted a computer in their pocket,” said Wood, who claims to be one of the first to own an iPhone in the UK, after asking a friend to bring one from the U.S. launch.

Despite his eagerness to have an iPhone, Wood recalls thinking of many reasons why it wasn’t going to succeed.

“Selling at the time for $499 or $599, it was expensive,” he said. “Apple didn’t work with the network operators. It wasn’t subsidized. It didn’t have any of the key features that were considered an absolute necessity.”

But as soon as Wood put one in his hand, those apprehensions melted away.

“It was a 2G device in a 3G world,” he said. “The battery life wasn’t great. But it had all of the elements there to make it successful. The user interaction was extraordinary. The ability to just use your finger was a marvel.”

The smartphone is now the most ubiquitous consumer electronics device on the planet. In the past year, over 1.5 billion smartphones were sold. That’s roughly 65 every second. Industry watchers claim one-fifth of the world’s population now own one.

“The smartphone has evolved to become the product of our generation,” said Wood. “It’s transcended all parts of people’s lives.”

During the past two decades, the smartphone has proven to be a huge boon for business too, connecting them to customers in ways that were never possible before.

“Apps started allowing easy, secure access to all manner of cloud-based services,” Wood said. “Taxis, films, music, novels, doctors, banks and even dog-walkers could now all be summoned at the tap of a screen.”

“The smartphone has evolved to become the product of our generation,” ... “It’s transcended all parts of people’s lives.”

Mobile access today is the cornerstone of almost every cloud-based service, and with the roll-out of 5G, the next generation of mobile connectivity, a whole new world of opportunities for app developers are opening up, including the use of Artificial Intelligence (AI).

“A reliable 50 gigabit per second on a smartphone will be transformational,” said Wood. “As bandwidth increases and latency drops, the latest crop of smartphones will be even more suited to working with cloud-based solutions. The advancement in software capability, coupled with the introduction of flexible screens, means we’re on the cusp of a new wave of diversity in smart devices. Think glasses, watches and foldable phones.”

In the near future, arguably the most important piece of consumer electronics that people will ever own, will morph once again. Wood said innovation in design combined with 5G, cloud computing and machine learning is opening new frontiers for the device.

Wood’s growing collection of mobile devices represents a journey of science fiction into science fact. He remains as fascinated as ever to see what will come next.

“They’ve gone from being these great cumbersome bricks, the size and weight of a car battery, to pocket-sized computers, more powerful than mainframes of a decade ago. They’re completely ubiquitous and their innovation shows no end.”

Juliet Stott is a contributing writer. She was a writer for Guardian. Find her work here and follow her on Twitter @JulietStott