To recover from the socio-economic impact of the COVID-19 pandemic, public transportation agencies can find ways to do more with less – provide better service while cutting costs and carbon emissions – by relying on real-time data technologies.

President Joe Biden once drove a school bus to help pay his way through law school. Soon he’ll be in the driver’s seat again, hoping to get the nation’s transportation sector back on track in the wake of a global pandemic that has devastated public transit ridership and revenues.

“I can’t fathom today driving a bus or running a subway without having more protection. I promise you I’ll invest a record amount in infrastructure, dramatically increasing the funding for public transit to help power our recovery,” Biden said in October 2020 during a virtual campaign speech.

Specifically, Biden plans to invest nearly $1.3 trillion into infrastructure over 10 years. During that time, he has promised to bring emissions-free public transit options to every U.S. city that has more than 100,000 residents. Because transportation accounts for over 28% of all greenhouse gas emissions in the United States – and because public transit actually decreases carbon emissions by 1.5 million tons per year – that could make a huge impact on the environment.

And also, on the economy. Although demand for public transit in the United States dropped nearly 73% when COVID-19 hit, it’s expected to rise again once the virus is no longer a threat.

“Somewhere between 60 and 70% of the American people who live in inner cities, their jobs are outside the city and they don’t have vehicles,” Biden continued. “They need transportation to get to their work, to improve their neighborhoods, to improve their schools. This is a crisis, and we have a real opportunity to build back better.”

To seize that opportunity, many agencies are turning to a surprising solution that can benefit both their balance sheet and the environment: cloud computing.

In Defense of the Humble Bus

In a world working hard to develop autonomous vehicles and hyperloops, a humble challenger enters the arena: the bus.

In his 2019 book Better Buses, Better Cities: How to Plan, Run and Win the Fight for Effective Transit, author Steven Higashide argues that buses should be the cornerstone of urban transportation.

According to Higashide, investing in current modes of transit like buses can yield dramatic benefits for cities in the form of a healthy environment, reduced traffic and increased walkability. A typical car lane can carry around 2,000 passengers per hour, but a bus-only lane can carry up to 8,000. The efficiency is staggering, but for this to work requires more people opting to take the bus.

“Americans take 4.7 billion trips a year on the bus,” Higashide said in an interview with 99% Invisible. “But so many of those trips are miserable. They’re slow, they’re circuitous. You’re standing on the side of the road, sometimes not even with a sidewalk or a shelter. So it’s really a miserable experience. And yet public transit is the most efficient way to move people around.”

If they want to make the bus magnificent instead of miserable, Higashide believes transit agencies across the country must overhaul their systems. Many agencies are investing in creative tech-driven solutions that are designed to incentivize bus riding, increase efficiencies and cut costs.

In Nashville, a group of researchers worked with the local transit authority to develop a “dynamic data driven application system” to provide real-time bus schedules to riders and dispatchers. Real-time bus sensors at both static locations and on moving buses provide thousands of data points to predict wait times, reevaluate bus routes and adjust schedules.

“Providing real-time bus schedules reduces uncertainty and improves passenger experience and increases ridership,” the researchers wrote. “A direct benefit of increased ridership on public transport is the reduced use of personal vehicles and hence reduction in both traffic congestion and greenhouse emissions.”

“The most direct way to improve the perception of buses is just to make the buses themselves better,” explained Higashide, who said better buses lure more riders, which in turn changes how buses are perceived. “It creates the political energy to improve the bus even more and it’s this sort of virtuous cycle.”

Imagine a bus that performs like Uber. Pick the time and place. Soon, a bus rolls up ready to go. There are no transfers, no unnecessary stops and it’s guaranteed to arrive at the destination on time.

Pantonium estimates that nearly 70% of bus stops can be bypassed on a typical run, which reduces cost, increases efficiency and mitigates negative environmental impacts.  According to local officials, the three-month pilot will reduce the overall service hours without sacrificing the passenger experience, and is expected to save $90,000 in operating costs without the need to change infrastructure.

Paired with the buses is a mobile application that keeps management and dispatchers connected to bus drivers in real-time via GPS. The technology optimizes for productivity and resource efficiencies, allowing transit system operators to do more with less, something many industries need to accomplish as they recover from the socio-economic impact of the pandemic. 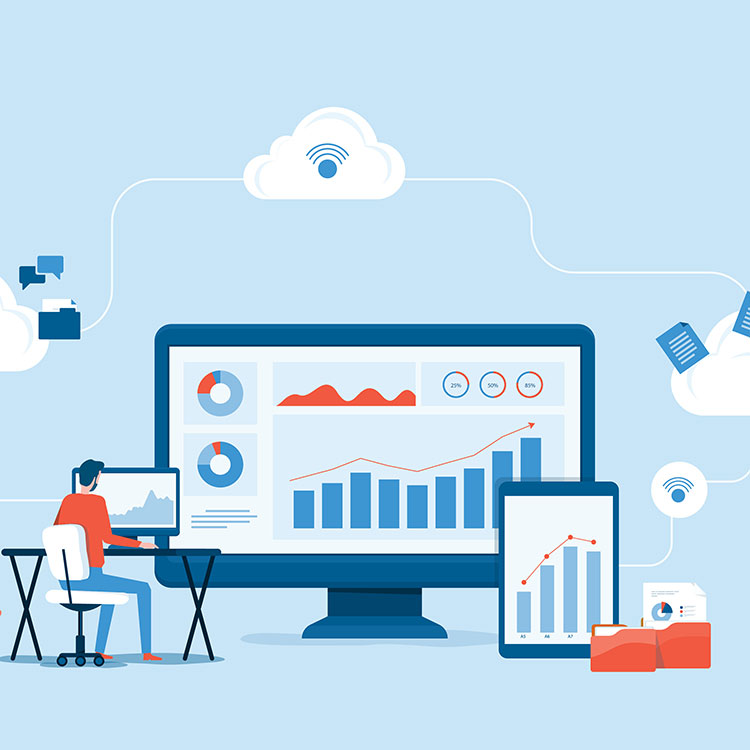 Because Pantonium uses a cloud-based infrastructure to power its software, transit agencies can use the technology off the shelf without purchasing additional hardware or support.

“Making transit easy to use with new, seamless technologies like this is one of the things that will bring people back to public transit,” said Mike Mousley, Stratford’s Manager of Transit, in a post by Pantonium.

Next Stop: The Post-Pandemic Fight for Public Transit

Transit agencies rely on funding mechanisms that have been hurt by COVID-19, including ridesharing taxes, highway tolls and even revenue from state lotteries, so finding cutting costs and emissions are critical now more than ever.

“As cities seek to improve air quality and make urban centers cleaner places, it’s clear that low-cost, efficient alternatives to the car need further thinking and much greater financial investment,” said Rod Dennis, data insight spokesperson for RAC, which is the British equivalent of AAA in North America, in an interview with The Guardian.

“Without a concerted effort from government and local councils, the pandemic risks putting efforts to encourage drivers out of their cars for some trips back by years.”

How many years, exactly? According to RAC research, the pandemic has set back attitudes around public transportation by nearly two decades. Before COVID-19, some agencies had seen the first signs of growth since the Great Recession. In Washington, DC, for example, Metro ridership had risen nearly 4% in 2019 after years of decline, The Washington Post reported.

“This obviously is a kick in the gut for us because we were moving in that direction, we were having the public behind us,” Paul Wiedefeld, general manager of the Washington Metropolitan Area Transit Authority, told The New York Times.

As the nation recovers from the coronavirus, Wiedefeld hopes that riders and public officials once again will recognize the essential role that public transit plays in protecting livelihoods, quality of life and, ultimately, the planet.

“When everything else goes south,” he said, “we’re there.”