Law and Tech Combine to Fight for Justice

Early every weekday morning, Herman Brown strolls into the San Francisco District Attorney’s Office and starts walking a tightrope between the past and the future. He is tasked with lifting the public law firm out of old ways of doing things by moving operations to a new, technology-driven office building in an effort to propel “due process” into the digital era.

If he succeeds, the District Attorney’s office will be less paper-record dependent and operate more like an innovative, agile private law firm.

“The San Francisco District Attorney's Office is a law firm that represents the government and serves at the will of the people,” said Brown. “It prosecutes crimes and provides victim services. Our primary goal is to make San Francisco the safest city.”

SFDA staff try roughly half of 26,000 cases it receives each year, according to Brown.

“We're going through a huge transformation here in the DA's office,” said Brown, CIO for the office of the San Francisco District Attorney (SFDA).

Brown is fascinated by technology because it's always changing and evolving.

“I learn something new every day, and what we do here is, in some cases, a matter of life and death.” 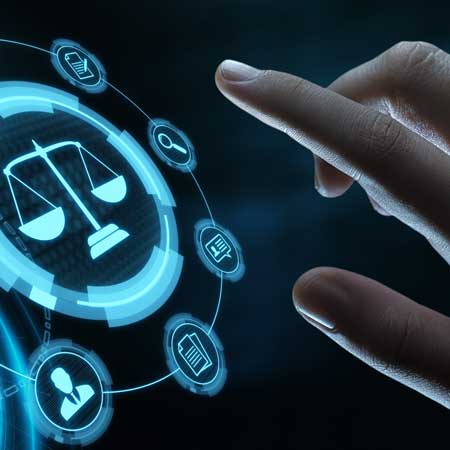 Historically, law and government have been very paper-intensive. Brown is changing that.

“We’re digitizing all of our records and documents, so the attorneys can access them in the courtroom, as well as in the office, or even at home in some cases,” he said.

He ensures that all of the firm’s data is protected while making sure digital information is readily accessible to the right people no matter where they are.

As the world increasingly turns to smartphones, internet services and other digital technologies to get things done, Brown is pushing hard to modernize the SFDA’s IT – not only to boost productivity and bring efficiencies but to fight for justice.

“Criminals are becoming more tech-savvy,” Brown said. “We need to be more tech-savvy in order to capture information so that we can, without reasonable doubt, prove that the defendant is the person that we're actually seeking justice.”

He said the biggest battles for him are typically over budget and balancing efforts to be innovative with keeping the lights on.

“IT becomes a catch-all for everything, including security for the building.”

Brown has a small team responsible for the security and compliance of data and information around criminal justice information. While he remains a strategic leader, Brown said he’s also a feet-on-the-ground, hands-on-the-keyboard team player.

“We need to ensure that data is being protected at all times and that we don't have someone maliciously attempting to breach or share that data,” he said.

Brown is part of a progression, where IT is evolving from a support center to a strategic role at the executive level.

“We talk about strategy, direction, and understand how IT or technology can help meet those goals,” he said. “It's a very important role as we move forward.” 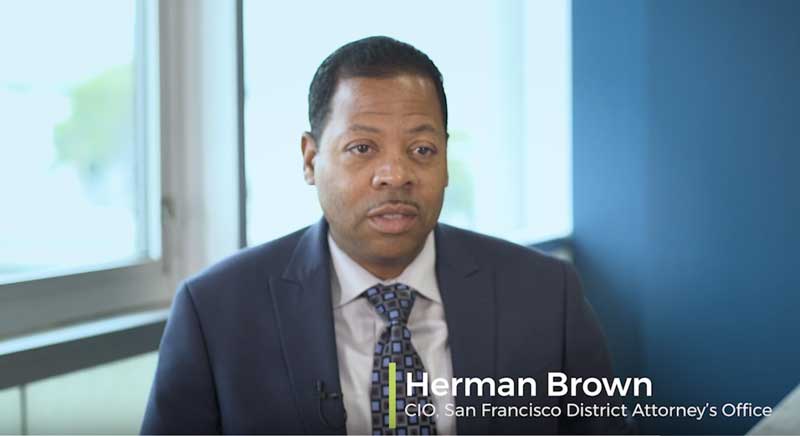 The role put Brown in the driver seat, where he directed the SFDA’s move to their new office space in the Potrero Hill District. Outfitting media rooms, meeting areas and labs with internet-connected technologies is important, but so is deploying a new case management system to help staff manage information overload and work away from the office.

“The world of technology and law has collided in a big way,” said Brown. “We're seeing a huge number of cases that are now involving video evidence or photos that people are taking on the street.”

He said police wearing body cameras, the rise of business and home surveillance video, and the quality of smartphone video being shared on the Internet means the SFDA must manage an influx of digital case material.

“Forensic tools that we have today help us determine where defendants may have been and place them at the scene of a crime,” Brown said.

To handle the complexities of managing all of these data technologies, Brown’s team weighed the pros, cons, benefits of different technologies and settled on Nutanix software running on HPE ProLiant hardware.

“Nutanix helped us with the budget challenge by providing us a low-cost solution that was also very efficient,” Brown said.

“We don't have all the overhead and the management that we had previously before switching to Nutanix. Being able to have data encrypted at rest is also important, so that if there is a breach, then that information becomes useless to anyone with unauthorized access that may have actually obtained that information.”

“Real estate in San Francisco is expensive,” he said. “[Nutanix technology] assisted us in shrinking our footprint for our server room.”

“It allows us to be able to do more with less.”