Shared electric e-scooters first appeared in the U.S. in September 2017, on the streets of Santa Monica. By the end of 2018, over 85,000 of the cheap, convenient vehicles were rolling through 100 cities nationwide. Their popularity comes with drawbacks such as increased congestion and risk of accidents. But the huge amounts of micromobility data they generate give cities the opportunity to maximize the benefits of these ubiquitous vehicles – and use the information to improve municipal transportation across the board.

Portland, Oregon started experimenting with scooters during a pilot program in 2018. Three companies put about 2,000 scooters on the streets. In five months, users rode about 800,000 miles, averaging just over one mile per trip. One-third of locals and half of visitors chose to rent a scooter instead of taking a car or taxi. A second, year-long pilot program is currently in progress, with scooters from companies including Bird, Bolt, Lime, Razor, Shared and Spin. In its first seven months, riders logged over one million miles.

Jacob Sherman of the Portland Bureau of Transportation (PBT) said the city is using scooter data in a variety of ways.

“We are trying different approaches to explore what might make the most sense for a city in the digital era,” he said. 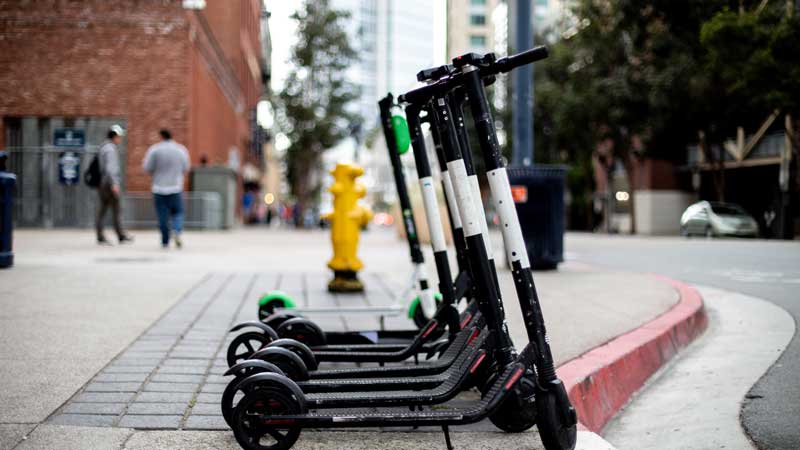 The first step is crunching the numbers. For data management, PBT uses Microsoft’s Azure cloud computing platform to manage a data warehouse and data lake. A Kubernetes service runs Apache Airflow to orchestrate data workflows and a custom application for routing trips based on SharedStreets. The city works with companies like Ride Report and the Open Mobility Foundation (OMF) to process and manage data, and Tableau for visualization. Platforms like SharedStreets and OMF utilize open-source software to help cities and private companies exchange mobility information in real time.

By tracking where scooters are ridden and how many there are, the city can make sure companies aren’t putting more vehicles on the streets than they’re permitted. It can also enforce equity requirements, ensuring residents of all neighborhoods, rich and poor, have access to the devices. Planners can measure the impact of transportation improvements such as protected bike lanes, which e-scooter users — who often ride without helmets — clearly prefer.

The goal is to gain better management decisions and infrastructure planning efforts. Cities like Portland can figure out how many scooters its streets can handle and where to locate elements like scooter drop zones. City leaders can also better understand the community’s relationship between scooter use and other modes of transportation, such as buses, streetcars, and light rail. In the case of unplanned events like emergency road closures, cities can communicate data to scooter companies, which in turn can help users plan safer and more efficient routes. 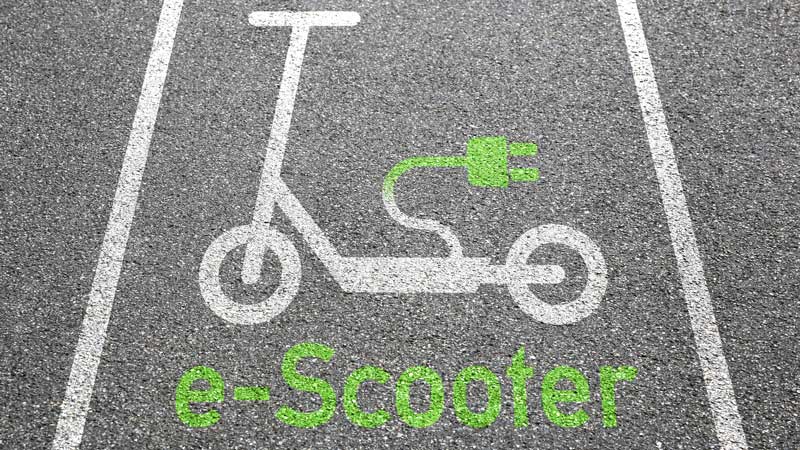 Canada has been slower to adopt the vehicles than the U.S. and Europe for a number of reasons, including safety concerns and frustrations with the clutter of illegally parked scooters. But as the number of Canadian cities that allow scooters rises, so have concerns about data security and surveillance, according to Brooks. Renting a scooter with a smartphone potentially involves two sources of location data, as well as a driver’s license and credit card information.

“There are implications involved in analyzing that data and how to use it effectively without broaching people’s privacy. There’s a bit of tech-lash about that, with consumers trying to insure their data is not used as a weapon against them.”

Sherman says PBT only uses data from the vehicles themselves, not users’ devices.

Micromobility vehicles such as scooters need new infrastructure, Sherman adds, but planning and building take time. In the meantime, he said, scooter data “puts new demands on our current IT infrastructure and concepts of how to use data at that scale, challenging us to think of new means for managing datasets.”

The long-range question is how smart cities can connect micromobility data with other transportation infrastructure elements, including IoT traffic sensors and automated vehicles – and manage the vast dataset that results. If done correctly, the process could improve traffic flow, security, lighting, parking and even disaster planning.

Some municipalities are already tackling this challenge. Nanjing, China has installed sensors in 7,000 buses, 10,000 taxis, and 1 million private cars. By analyzing the mountain of data, officials can guide commuters into better traffic patterns without having to build new infrastructure. Seattle’s SR 99 “smart tunnel,” opened in 2019, has over 300 cameras, 13 miles of fiber optic cables, and more than 100 programmable traffic signs to communicate with commuters in real time.

E-scooters are just one early opportunity for smart cities to put big (transportation) data to use, according to Brooks.

“The challenge for cities is how to get them to work in a more unified, enterprise-wide capacity,” she said.