By modernizing IT infrastructure, faith-based organizations can simplify their environments and empower their teams to do more with less.

Antonio Vargas has spent nearly three decades in the IT world, much of it as a high-priced consultant. But after losing his wife a decade ago, he became a Seventh-day Adventist and sought to give back by taking an IT position within the church.

Vargas worked at first with Pacific Press, a publishing arm of the Seventh-day Adventist Church. After several years, he transferred to Adventist Risk Management (ARM), which offers insurance and risk management solutions to Seventh-day Adventist ministries around the globe. There he serves as vice president and chief information officer. Across both organizations, he was struck by how a lack of IT modernization was holding the church back.

“It was a bit of a shock, really, being a consultant to then going to work for the church,” recalled Vargas.

He said most faith-based organizations don't have a lot of money to invest in technology. That turned out to be the case when he arrived at ARM.

“You’re expected to do a lot with a little,” he said. “I found that I had to leverage all that experience I had gained up to that point to be very creative in the solutions that I brought to the table.”

Eventually, Vargas introduced Nutanix hyperconverged infrastructure (HCI) to the ARM environment, resulting in a scalable, simplified IT environment. But first, Vargas needed to convince both church-affiliated organizations to abandon their old systems and approaches in favor of new tools and practices.

“The management team was initially unsure, because they had never had this level of technology brought to them before,” Vargas recalled. “They made the decision to move forward – like taking a leap of faith.”

When Vargas arrived at Pacific Press, the IT shop was using what he calls “traditional tools and processes.” The organization relied exclusively on physical servers, conducted data backups with tape, and maintained a landline phone system. Aiming for quick wins that would both simplify the IT environment and free up some budget, Vargas pursued server virtualization and a voice over IP (VoIP) system.

“I was able to cut the phone costs by more than 70 percent by moving to VoIP,” he said. “Then, we were able to use the small budget that was typically allocated for servers each year, and we were able to move that to virtualization, which dramatically increased our ability to roll out more servers.”

Rather than maintaining large numbers of physical servers that were backed up with tape, Vargas said the move to virtualization allowed the IT shop to easily support a handful of physical hosts and quickly spin up new virtual machines.

In time, ARM brought Vargas in to help solve their own IT-related issues. Their aging systems suffered significant downtime, security vulnerabilities and failed backups. Over the span of a couple of years, Vargas put together and implemented a plan to address staffing issues then rebuilt the IT environment. That included hyperconverging the organization's infrastructure with Nutanix technology.

“Not only did it simplify the technology further, but this took us to the next level,” Vargas said. “With Nutanix, we got a more dynamic environment, and we forever eliminated the cycle of rip-and-replace because we can now replace nodes as they expire.” 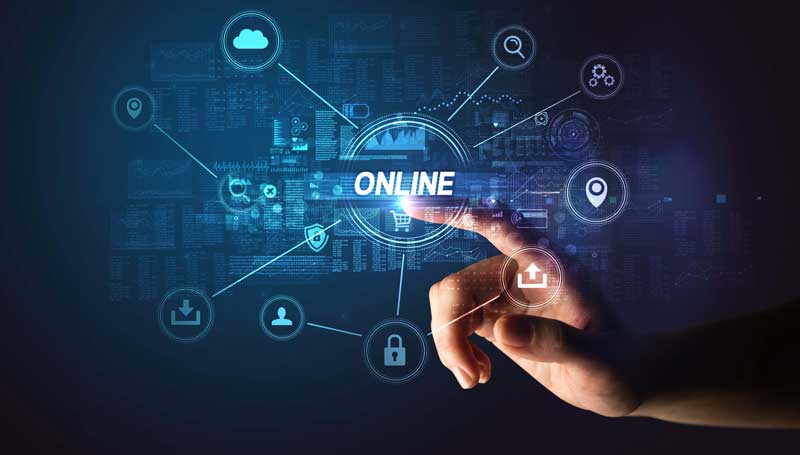 Vargas deployed Nutanix over two and a half years, giving the organization time to gradually age out its legacy hardware. He said the move has also allowed Adventist Risk Management to eliminate its storage area networks, bring down licensing costs and improve resiliency.

“In my mind, this truly moved Adventist Risk Management to a modern technology infrastructure,” Vargas says. “We really stepped out there and we said, ‘Look, we’re done with traditional technology.’”

For Vargas, the changes simplified datacenter management, cybersecurity, backup and other IT tasks.

“In a large enterprise, you have very large and specialized IT teams,” Vargas noted. “You have your virtualization team, you have your storage team, you have your backup team. At a small-to-medium business like Adventist Risk Management, our network administrators are the ones managing our Nutanix environment.”

“With the dramatic simplification, those workers can now focus on other things,” he said. “I can get more bang for the buck from one employee.”

Vargas noted that the Nutanix infrastructure allows ARM to replicate its environment across various regions without requiring someone to be physically present to conduct backups at each site. The infrastructure also streamlines cybersecurity, as the organization now has fewer systems to protect.

“Our network is constantly being probed, and if we’re not on our game every day, we have a problem,” Vargas said.

“There are layers upon layers of security,” he said. While Nutanix significantly reduced what he has to consider internally, there are still layers such as outside in or endpoint security that need to be managed.

Vargas said since Nutanix moved to a subscription-based pricing model, it is saving Adventist Risk Management thousands of dollars per year, compared to what the organization was paying when it first deployed the infrastructure just a few years ago. He called it a game changer.

“It’s a whole new ballgame,” Vargas said. “It brings affordability to a whole new level. With that move, I think you’re going to see a lot more faith-based and nonprofit organizations embracing Nutanix.”

But he recalled how he had to meticulously lay out the business case for virtualizing IT with Nutanix. It took several years to sway leaders. During the time, he even explained to church-affiliated organizations why they should modernize their IT.

“Many of those same organizations who said, ‘Yeah, we really can’t afford Nutanix’ are now saying, ‘We really can’t afford not to have Nutanix,’” Vargas said. “When you compare the costs of modern technology versus traditional technology over a period of years, it speaks for itself. Right now, we’re rolling out a couple of new blocks of nodes at our sites, and it’s going to be such an easy project, as opposed to if we had traditional technology and had to rip-and-replace.”

Vargas added: “It proves that we made the right decision four years ago.”

Brian Carlson is a contributing writer. He is Founder of RoC Consulting and was Editor-in-Chief of CIO.com and EE Times. Follow him on Twitter @bcarlsonDM