People Power: The Secret Ingredient to a Winning Workplace

Since 2007, Peter Kreiner has been CEO of the legendary two-Michelin-star restaurant Noma in Copenhagen, Denmark. Opened in 2003 by innovative chef René Redzepi, the restaurant is renowned for its unique interpretation of Nordic cuisine. Noma has been ranked by Restaurant magazine as the #1 restaurant in the world four times in the past decade. It has also been ranked in the top five restaurants in the world three times during the same period.

What’s the key to Noma’s success? The inventive, playful dishes made from fresh, locally sourced ingredients, certainly. But just as important is the warm, welcoming environment that Kreiner, Redzepi and team have created for their guests. In this conversation, NEXT Magazine learns more about Peter Kreiner’s approach to hiring staff and how choosing the right people has contributed to the landmark restaurant’s stellar success.

NEXT Magazine (NM): How much of Noma’s success do you attribute to your staff?

Peter Kreiner (PK): For me, the team and everything that we do at the restaurant plays a vast role in the success we’ve had. Of course, the main thing is the fact that René came up with the approach of using the Nordic terroir as the guiding star for all the ingredients and everything he puts together on the plate. That has obviously created a strong narrative. But if we were not able to actually deliver something from a service perspective that lived up to people’s highest expectations then I don’t think it would matter if it was a traditional cuisine or something new. Our team and human effort are the main reasons we have achieved what we have.

NM: When hiring new employees, what kind of person do you look for?

PK: The ideal candidate is a person who is very curious, willing to learn, and who likes people. I believe that the personality, the drive, the willingness to learn and adapt to new things—these are the most important things to us. We have traveled around the world with our staff, we have put them in new situations, and we have pushed people far beyond their comfort zones. But I think the ability to adjust and to come to us, not just with confidence and the belief that they can add to the team, but with the humbleness and willingness to learn, because we have our way of doing things.

Of course they need to have skills, but I truly believe that it’s easier to learn job skills than it is to change your personality. And that goes for all positions, the people I have on the business side, the operations as well as the chefs and front of house. All of them. 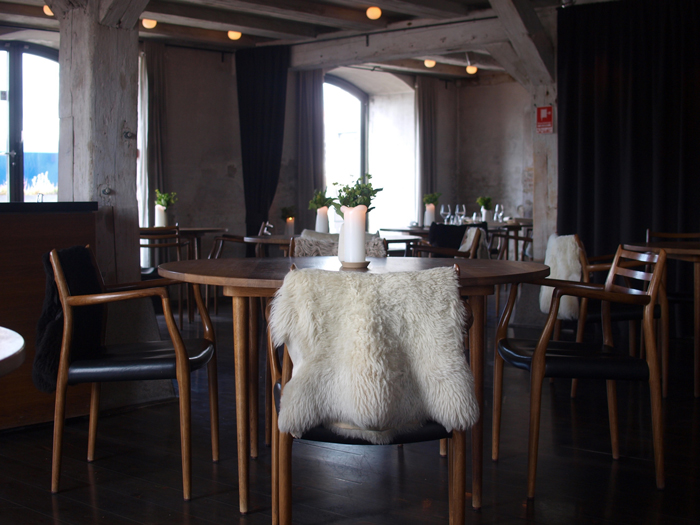 NM: Why is curiosity such an important quality to you?

PK: If you are curious by nature, then you are open. You want to learn, explore the world. You want to know all about things. And when you do that, you gain a lot of knowledge and that means you have more to give to our guests as well. Everybody at Noma is part of creating the guest experience. It’s not only the waiters, not just the chefs, it’s all of us working in different roles and capacities. We all need to take the approach that our customers are our guests and they should be treated as such.

NM: What kind of guest experience are you trying to achieve at Noma?

PK: I want people to have fun. I want them to be challenged. I want them to be excited. I want their experience to be playful and, of course, super delicious. Then, when it comes to all the more basic things, I want everything to be super smooth, super professional, but still done in a very down-to-earth way. We don’t want to be stiff in our approach, in the way we serve, the way we speak to people. We want to be thinking ahead, thinking about what can happen and hopefully, feel and believe that we are two steps ahead of whatever can happen. When I get feedback from guests who’ve dined with us, it makes me extremely happy and proud when people say that they enjoyed the food—and that they also found that it was a very special atmosphere, how everybody seemed to love what they’re doing and how that transforms the way it feels to be there for guests. That’s very special to me and I’m very very proud of that, of having that atmosphere.

NM: What makes your staff love what they do?

PK: We hire people that we know we can truly trust. People we know will deliver. People who can grow with us, learn new trends, the things we’re doing, and also add to it. We’ve never believed there was only one or two people in the restaurant with that passion for coming up with new and innovative ideas. We always welcome input and ideas from everybody on the team.

I hope and believe we’ve created a place where it’s genuinely a nice place to work. We try to do a lot for our staff—I know a lot of restaurants do. But one of the latest things we’ve done is we have closed for dinner on Saturday night. Now if you want to go to Noma on a Saturday, it’s for lunch only. And our entire staff has Saturday night off. That is something that we’re quite proud of. To hopefully create a restaurant where people can also see themselves for a while, even the people who don’t have big aspirations of opening a restaurant or becoming entrepreneurs in other ways.

On top of that, we’ve created a culture where we nurture and encourage and support colleagues in their own dreams. For example, we had a pastry chef for 10 years named Rosio Sanchez, an amazing chef. She worked many years for us but now has both two taquerias as well as a restaurant in Copenhagen and they are just mindblowingly good. Not only have we supported her endeavors, we’ve also partnered with her to open. 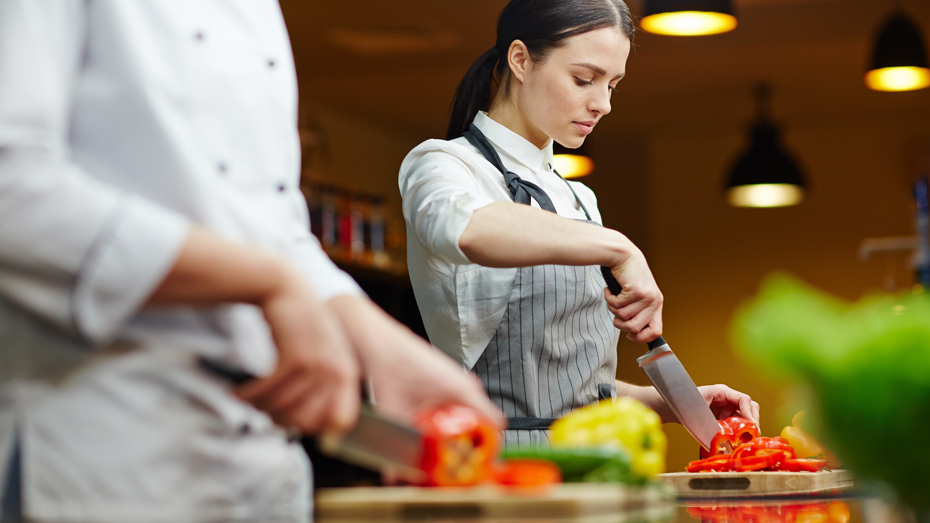 NM: So it seems like the respect you give your employees and the freedom to innovate are a big part of what keeps them loyal and happy at Noma.

PK: Yes. In the restaurant trade, you see quite a lot of turnover of employees. That’s very common. But at Noma, we have managed to keep people for two or three years or longer, which some will probably agree is relatively long for our industry. That makes us happy but more than that, it also means we’re working with a tight group of people.

NM: You mentioned previously that you have traveled with your employees and their families. Can you explain a bit about that?

PK: Back around 2013 or 2014, we started to entertain the idea of potentially moving Noma. Things were going well, we didn’t need to do it but we liked the idea of deciding ourselves when to change things up instead of being forced to. And one of the things René and I had always dreamt about was to experience the world. And if we could do that, the team would be better. So in 2015, 2016 and 2017 we created popup restaurants—one in Tokyo, Japan, one in Sydney, Australia, and one in Tulum, Mexico.

We closed Noma in Copenhagen and brought with us our culinary philosophy and our name sign and opened for a couple of months in these three locations. When we went to Australia, we brought the entire staff, from René and myself to the chefs and front-of-house staff and dishwashers. And their families. I’ll say that was probably the best team-building exercise we could have done!

We acknowledged that was a big ask of our employees, but that’s why we look for curious people who like to learn and who can adapt quickly to new situations. And the popup experience—the overwhelmingly positive response we had—was very humbling. In Australia, we sold out a 10-week schedule in about half an hour. That really makes you humble.

NM: What advice do you have for other businesses who want to create that positive environment for their staff?

PK: Show your staff that you really care about them. I believe that no matter what you do, if you are working in tech or restaurants or media, it all depends on good people. Ensure that you have the right ones on board. They’re the ones who make a difference. Look out for them, take care of them, let them grow, and listen to them.

Encourage a culture of coming together and being a team. I think we should all ask ourselves what we have done today to make a coworker shine or look better. It gives everybody a sense of belonging, that they’re part of the team, and they stay longer and want to give more to your workplace.

Allow yourselves to be inspired by other businesses that aren’t even in the same line of business as you are. And then take the time to do something different and attack your problems from different angles to increase your chances of solving them. And never give up.

NM: Can you think of a time when Noma was facing a challenge and the team worked together to solve it?

PK: From 2010 to 2012, three years in a row, we won the world’s #1 restaurant award. But in 2013 we experienced some trouble. Some guests came down with norovirus after eating at Noma and it became an international story. One month later, we learned we had lost the #1 restaurant spot. Although the norovirus turned out to be caused by factors completely out of our control, it still hurt us and 2013 was a really dark time for us. We had been this effective, well-oiled machine that was in the business of making people happy and we were doing the exact opposite.

So when those situations happened, we said, what do we do? Our solution was to come together and say, “look, we lost it and these things happened. We need to go out as a team and show the world what we really believe we can do.” So we rallied and worked even harder, and ultimately become even closer as a team. We’ve had ups and downs, but we’ve always remained a cohesive team.

NM: You forgot the happy ending to that story—you rebounded and won Best Restaurant again in 2014.

PK: (laughs) Yes, we did. It was a happy time for us. And honestly, for us it was a bigger achievement to re-win the award in 2014 than it was to win it any of the other years.

This Q&A with Peter Kreiner originally appeared in Next Magazine, Issue 6.