Sitting in the dugout of several minor league baseball teams, Mike Robbins noticed something strange. The most talented teams Robbins played for didn’t always win the most games. They had high performers at every position, but their team record was average. Conversely, teams with less talented players but better chemistry more often produced winning seasons.

“It wasn’t just some warm, fuzzy, touchy-feely thing,” said Robbins, who got a clear look at this dynamic while serving as a pitcher for Stanford University and the Kansas City Royals. “Our chemistry made a big difference in terms of how we performed as a team.”

As a ballplayer, he became fascinated with the power of team chemistry.

When his baseball career ended, he walked into the business world and “erroneously assumed” that team chemistry was confined to sports.

“At my very first job I realized, ‘Oh, that's not a sports thing. That's a human thing,” he said.

In his series of books, Robbins explores what leaders can do to foster that magic of good chemistry. In May, he spoke to a group of CIOs and technology leaders gathered at .NEXT in Anaheim, Calif., where he shared insights into what makes great teams work.

When Robbins was a kid his mother always told him, “Honesty is the best policy,” he recounted to the audience. Effective leadership takes that one step further: it reaches authenticity.

“In order to get to authenticity, we have to add and subtract something from our honesty,” Robbins said. “This is what we call the authenticity equation.”

Honesty doesn’t just mean saying what you think all the time, because that can become obnoxious. Authenticity requires that you “remove self-righteousness” and “add vulnerability.”

Anyone in a position of power probably got there by expressing her opinion and making the right choices for her company. Robbins advised leaders to curb their advice-giving instincts and avoid “I'm right, you're wrong,” righteousness.

Robbins highlighted the importance of creating an environment where coworkers feel comfortable pointing out different approaches and points of view. This is critical for IT as the path of technology innovation moves at a faster clip.

He advised checking in with trusted people and asking them for honest feedback. It’s important to hear the hard truth. Effective leaders, he noted, must admit they are wrong, change their minds, and be willing to really listen to their teams.

In his most recent book, “Bring Your Whole Self to Work,” Robbins explains why leaders should be more open with their staff. He said people are often like icebergs: they only reveal what’s above the waterline, but there’s so much more underneath.

As a leader, if you can show what makes you nervous and also what’s most important to you, the people working under you won’t have to guess. They won’t have to waste efficiency wondering what will earn your approval.

Robbins said one of the best ways to be vulnerable as a leader is to ask for help.

“Most of us don't ask for help because we've decided somehow it's weak.”

Not true. According to Robbins, asking for help is a leader’s greatest strength. It empowers people and builds mutual trust. It shows the team they have a stake in the game and can come openly to discuss problems and solutions.

Job vs. Role: Know the Difference

In baseball, like in tech, people have tangible skills, explained Robbins. Some have a knack for stealing bases or creating awesome code, and others can translate technical jargon to make themselves understood by laypeople or hit the ball out of the park. But that doesn’t always translate to this player being the best person for the team. 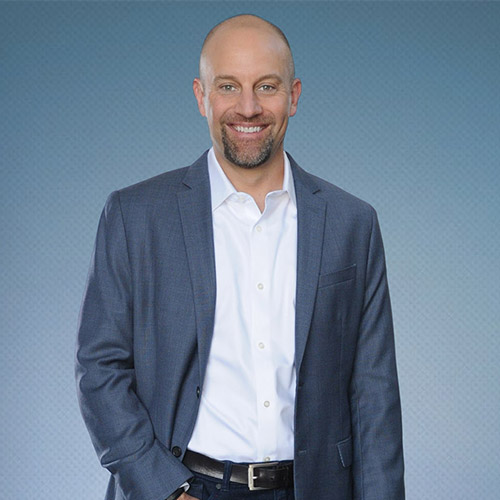 Robbins asked the room of tech leaders to shout out skills that great co-workers have. People yelled out: Communication! Tenacity! Respect!

To business managers, those are known as “soft skills,” or personal attributes that enable someone to interact effectively and harmoniously with other people.

Robbins said these things are hard to teach, but there’s a way for leaders to set the stage for soft skills to emerge and flourish. This occurs in high performing teams because they know the difference between one’s job and one’s role.

He said people often confuse the two. Your role in a company is what’s on your business card, or on your LinkedIn profile. It is personalized to your hard skills. But everyone’s job is the same. In a company’s times of need, both big and small, individuals must be willing to shed and modify their roles to help their team. That’s the ultimate job: to do whatever it takes to ensure success.

“Great teams help each other out,” Robbins said.

In the end, a leader’s job is to create an environment where the team’s chemistry can thrive and drive the business.

Jacob Gedetsis is a contributing writer. His work has appeared in The Kansas City Star, The Post Standard and The Plain Dealer, among others. Find him on Twitter @JacobGedetsis.