Study finds the appetite for cloud services is growing, and companies are turning to Microsoft Azure faster than AWS to manage workloads in the public cloud. 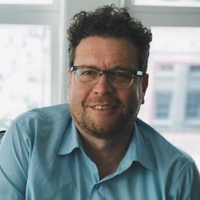 The cloud is growing up and getting more interesting.

According to The Cloud Usage Report 2019, a study based on data collected and analyzed by enterprise software company Nutanix, use of cloud services has matured, multiplied and segmented into specialties.

Based on statistically relevant data from companies using cloud optimization platform Nutanix Beam to efficiently manage their use of public cloud services, The Cloud Usage Report 2019 shows how these companies are using more public cloud services overall and are turning to Microsoft Azure at a faster rate than leading provider AWS.

“We are seeing market segments getting comfortable with cloud and Microsoft aggressively leveraging its deep, existing relationships with customers to offer cloud services,” said Sahil Bansal, a senior product marketing manager for Nutanix Beam and author of the report. 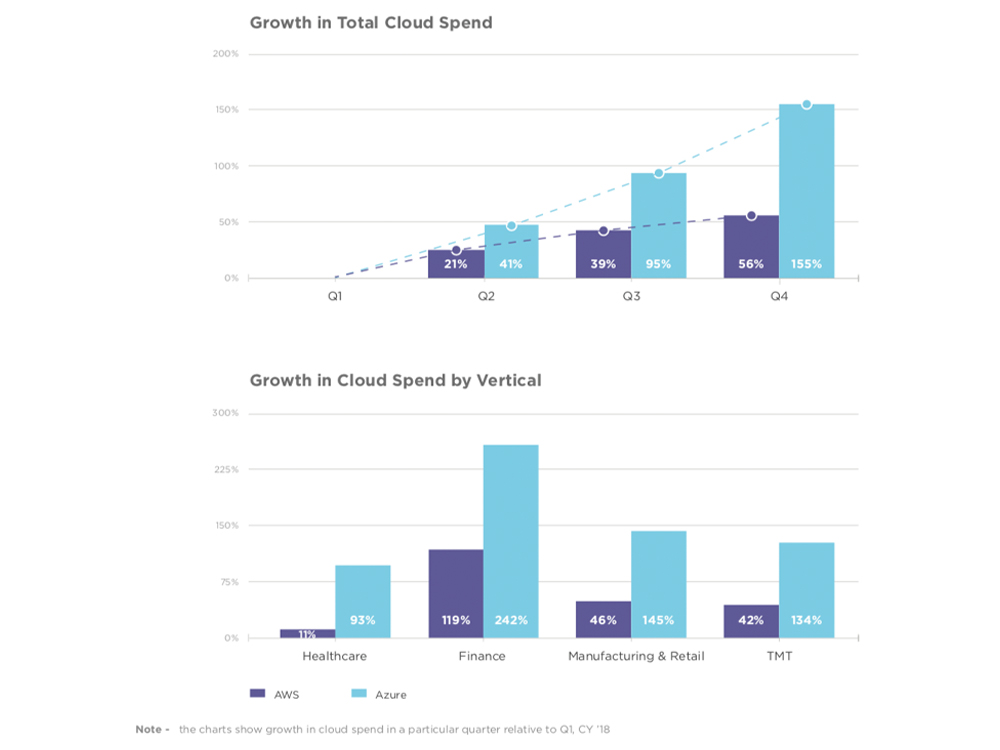 Bansal said Azure’s growth rate was more than double that of AWS, which is another sign businesses have overcome initial wariness of the cloud.

The study found that the average cloud spend per customer, regardless of company size, at least doubled in 2018. Enterprises accounted for the highest spend growth, and businesses in the financial services sector had the highest growth rate segments.

Data for the financial services sector reflected Azure’s momentum, with the vertical increasing spending for Azure by 242 percent over the course of 2018, compared to 119 percent for AWS.

Bolstering the conclusion that cloud is reaching a new phase of maturity is the finding that even relative newcomers to the cloud are using it in ways that would have been considered advanced only a few years ago, said Anindo Sengupta, director of product management at Nutanix and one of the lead authors of the study.

“I was startled by the actual coverage of cloud services that we’re seeing,” said Sengupta. “We assumed that most of the businesses we studied would be using less than five services,” he said. “But so-called beginners are using up to 16.”

Public cloud services have come a long way in the 13 years since Amazon Web Services launched its Elastic Compute Cloud, a service allowing developers and businesses to efficiently provision and scale computing resources on demand.

Amazon was among the first companies to sell cloud services, but soon Microsoft, Google and others began offering infrastructure-as-a-service to companies eager to augment their owned IT systems.

The report showed cloud services are used for a broad range of workloads. Large enterprises with revenue of at least $1 billion a year spend more than smaller companies on analytics and security. Businesses of all sizes allocate around 70 percent of their total cloud spend on the three core elements of infrastructure-as-a-service: compute, storage, and networking.

Meanwhile, small and medium businesses are using the cloud for emerging services such as machine learning, artificial intelligence, blockchain, and IoT at a higher rate than bigger companies. 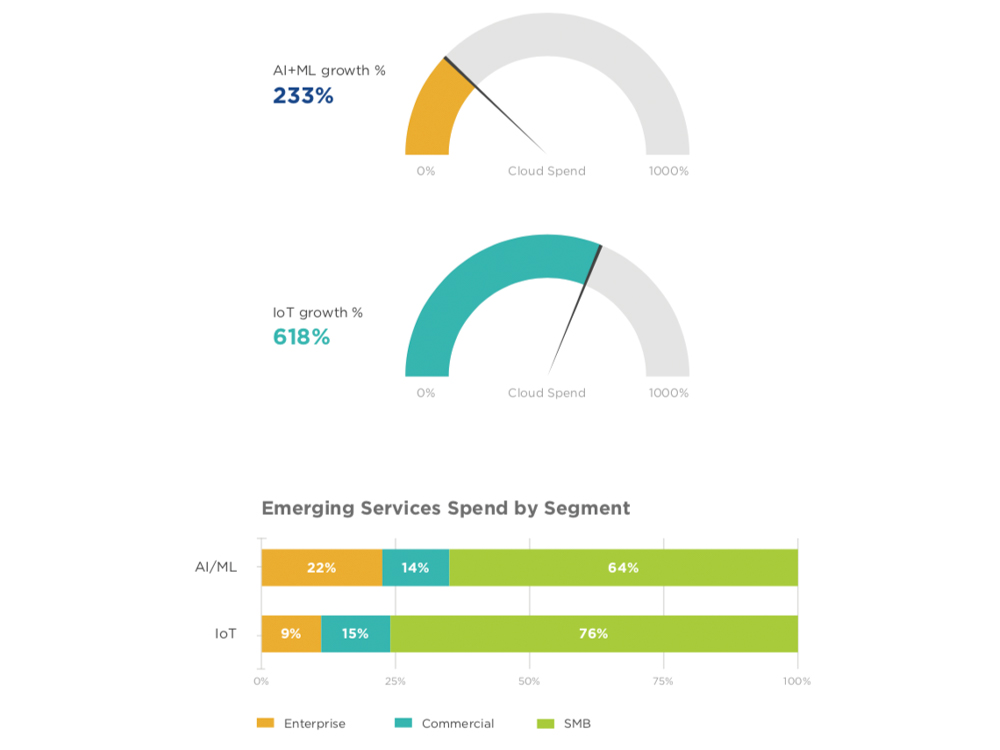 The study also pointed to rising adoption of multi-cloud architectures as customers turn to AWS and Azure for different services, Bansal said.

“When it comes to platform-as-a-service (PaaS) and software-as-a-service (SaaS), Azure has a much higher customer spend,” said Bansal said. “AWS leads in IaaS.”

AWS EC2 accounts for nearly 99 percent of the money businesses of all sizes spend on AWS compute services. Virtual machines dominate the total compute spend on Azure, which is also gaining traction in application development and software cloud services.

Of the remaining compute spend in AWS, containers and AWS EKS service are showing significant adoption, especially among businesses with annual revenue of $1 billion or more. AWS Lambda service, an event-driven serverless compute platform introduced in 2014, is particularly popular with smaller businesses.

When it comes to database services, AWS customers with annual revenue of $1 billion or more spend 80 cents of every dollar on AWS RDS, while Azure customers of a similar size distribute their database service spending more broadly, with Azure Data Factory accounting for roughly a third and Redis Cache taking another third. DynamoDB and Amazon Redshift are most used by companies with yearly revenue of $50 million to $1 billion.

The report also revealed patterns of cloud maturity as it relates to specific industries.

Companies in the financial services sector use the cloud for more use cases than other verticals, while healthcare and education are not as far along in their respective cloud journeys.

But many are working through these concerns.

“Like other industries that were initially wary,” said Bansal. “Healthcare is making steady progress toward using cloud services.”

Too Much of a Good Thing

“Cloud services make it very easy to start and scale when needs arise, but often users end up paying for services they aren’t actually using,” he said.

To correct this problem, cloud users of all sizes primarily look to rightsizing datastores and deleting unused snapshots for an average savings of 10 to 15 percent, according to the study.

“It’s the same as if I booked a conference room for 12 people when I only needed a room for two people,” Bansal said. “It’s human nature to take what’s available, but it can lead to waste.”

Alex Gronczewski is a contributing writer.