Birth and Life of the Nutanix Bible

Creator Steven Poitras explains the genesis and evolution of a modern IT guidebook, as he prepares to turn it into a video series.

Looking under the hood of our relentless drive for technology innovation is not for the faint of heart. Everything gets more intricate every day — even as technology users demand more simplicity and better user experiences.

It’s no small challenge to thrive in this environment, but that’s exactly what Steven Poitras does. It just comes naturally to him. It’s his thing.

Poitras is the principal solutions architect at Nutanix, where he has made a career out of  helping companies modernize their IT for the hybrid cloud era. Along the way, he’s taught thousands of eager technologists how to build and deploy hyperconverged infrastructure (HCI) and new-generation data centers. He digs it.

While he’s helped Nutanix grow from a small startup to a global enterprise, he has nurtured a side project called the Nutanix Bible. It’s not a wiki or a FAQ. It’s an authoritative source on all things Nutanix.

How It All Started

Back in 2012, Poitras felt the grind of his growing company, which was adding dozens of new employees every week. He was teaching more and building or testing technologies less. Each week, he’d stand before a roomful of newbies and scribble out the Nutanix technology basics on a whiteboard. Aside from the repetition and time away from tinkering, there was another painful predicament.

“I have terrible handwriting,” Poitras recalled. That required him to pour more effort into translating his whiteboard scrawl. 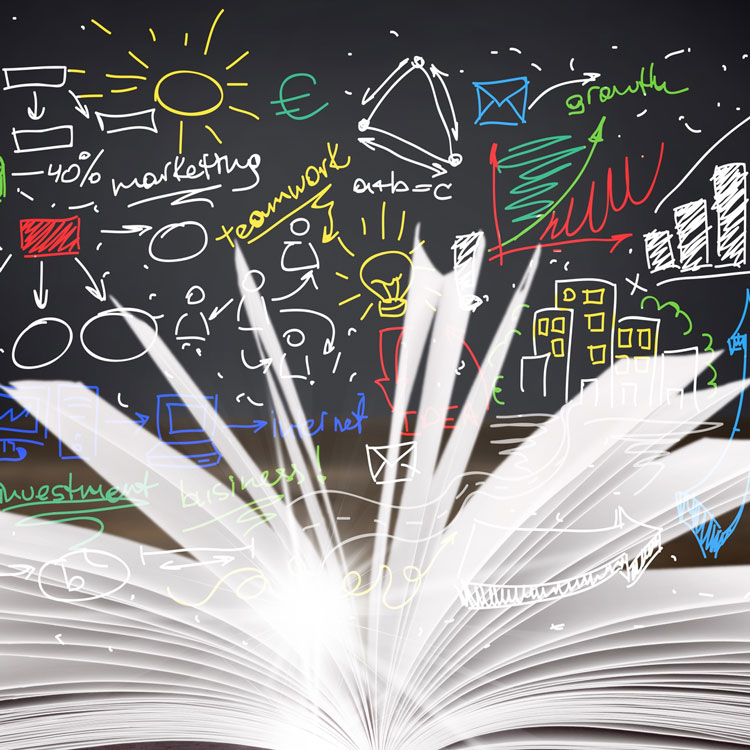 With so much ground to cover, he couldn’t afford to confuse folks during newbie training. So, he asked Nutanix CEO Dheeraj Pandey for permission to put everything in a digital document and post it online for the world to see. That way, he could write his knowledge down once, and everybody could read it whenever they wanted, including existing and potential customers. Even competitors.

Pandey greenlighted the project and in 2016, the Nutanix Bible was born. Today, the bible is available in English, Russian, Korean, Japanese and Mandarin. The English version is read by as many as 40,000 viewers each month. Over time, The Nutanix Bible has grown to nearly 50,000 words, including a recent chapter covering Nutanix Xi Leap, a backup and data recovery (DR) solutions. 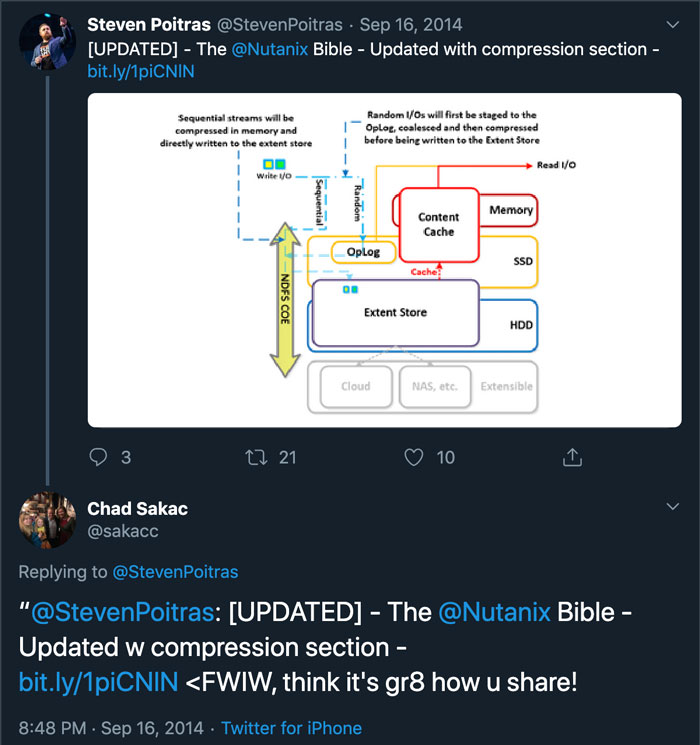 What’s in the Name?

“It just came to mind and we rolled with it,” Poitras said, describing how the book came to be called a bible.

The title obliged CEO Pandey to clarify things for people of faith (or lack thereof):

“First and foremost, let me address the name of the book, which to some would seem not fully inclusive vis-à-vis their own faiths, or to others who are agnostic or atheist,” Pandey explains in the bible’s foreword. “There is a Merriam Webster meaning of the word ‘bible’ that is not literally about Scriptures: ‘a publication that is preeminent especially in authoritativeness or wide readership’. And that is how you should interpret its roots.”

The Nutanix Bible explains the nuts and bolts of hyperconverged infrastructure. It also describes Acropolis, Nutanix’s virtualization software, along with storage, hypervisor management and many, many more topics.

“In the early days, people had no idea what hyperconvergence was,” Poitras recalled. He wrote the Nutanix Bible to help set them straight.

Poitras’s approach with the Nutanix Bible is simple — provide customers with the details that they need.

“Rather than saying ‘just trust us, we explained exactly what the system does and how it reacts when certain triggers or events occur,” said Poitras. “This allows everyone to understand the system entirely and explain it to others for comparison. And if there ever is an issue, it gives them the knowledge to act intelligently.”

As of August 2019, the Nutanix Bible has 14 “Book of…” sections. Each one provides details about how Nutanix technologies work and how to best leverage them. The bible also explains the evolution of mainframe computers to client-server environments to virtual machines.

The Case for Writing the Book on Your Company’s Technology

Poitras says companies can benefit from revealing more about the work they do in a document like the Nutanix Bible.

“Internally, it’s a key part of onboarding and engineering,” he said. “If I'm a developer, I have context on how metadata, DR and other Nutanix components work.”

He said it streamlines engineering and development because people can easily find answers to their questions. Reading the Nutanix Bible also gives IT pros a solid understanding of how to modernize their IT.

“It helps people make sure everything works together fluently,” Poitras said.

Moreover, it helps partners and customers discover functions they didn’t know existed. Plus they can develop valuable industry expertise.

“If someone understands the system well enough to answer other people’s questions, it shows they are knowledgeable, which gives them credibility.”

‘The Dude’ Behind the Nutanix Bible

Many an email exchange with Poitras has put a question in the recipient’s mind:

Why on earth is he thedude@nutanix.com?

It’s a tangled story that has to do with virtual machines, a CEO’s penchant for nicknames and irresistible comparisons to a cinematic sendup of a classic 1940s detective flick.

A few facts for background: Poitras is kind, thoughtful and agreeable. A fan of fast cars and craft beers, he loves nothing more than helping people understand the technologies he helps bring to market. Once he was honored on-stage, just before giving a technology demonstration to thousands of IT pros, with a sweater just like the one actor Jeff Bridges wore in the movie, “The Big Lebowski.”

The 1998 movie, which spoofed the classic Humphrey Bogart flick, “The Big Sleep,” stars Bridges as Jeff “The Dude” Lebowski, a man of low ambition and high self-regard whose signature line was “The Dude abides.” The film’s celebration of down-and-out losers who were heroes of their own self-narratives became a cult classic.

“That movie's amazing,” Poitras said. Like The Dude, Poitras has a beard and a cool demeanor. But Poitras is his own kind of dude, charged and tuned in, which comes through in his many interviews and YouTube appearances.

So, why did he get that Dude sweater? It all ties back to one of his early career talents.

“When I first started, no one at the company knew how to use VMware,” he said, describing the company that pioneered data system virtualization. “I'd done a lot with VMware. I knew the technology very well.”

“Soon after, we just generalized it to thedude@nutanix.com.”

To this day, The Dude at Nutanix abides by breathing new chapters into the Nutanix Bible. His next devotion will bring the work to life as a video series. One can only hope the host will sport that “Big Lebowski” sweater in a few special episodes.