Nicolaus Radford is the CTO of Houston Mechatronics, the maker of an underwater robot called Aquanaut, and the founder of Jacobi Electronic Motors. Now an entrepreneur and inventor, Radford is an engineer who spent 14 years at NASA Johnson Space Center where he ran the humanoid robotics research group before joining the private sector.

Whether they’re assembling vehicles in huge manufacturing plants or entertaining us in dystopian thrillers, robots have been around for decades. Yet despite our familiarity with the idea of machines performing work on our behalf, the word “robot” still holds the power to rankle. That’s because many people have mixed feelings about automating work that has long kept humans gainfully employed. 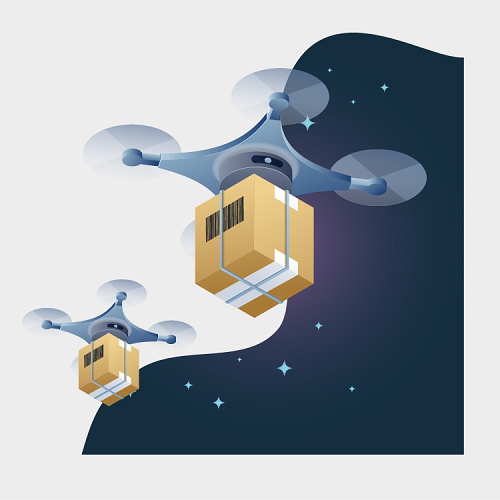 Why the ambivalence? While robots can and will replace some human workers, if we’re truthful, we’ll admit there are plenty of tasks we’d prefer never to have to do again. Cartoon-watchers of a certain age, for example, once coveted Rosie, the frilly robotic maid in The Jetsons, who performed the household chores that most of us dread. Indeed, since Rosie’s debut in 1962, automating repetitive tasks is what real-life robots have been largely programmed to do, from assembly-line work to moving warehouse shelves at Amazon to vacuuming the floors in your home.

Moving ahead, however, robots are more likely to intellectually resemble C3P0, Star Wars’ uber-wise interplanetary liaison, in their ability to make human-like decisions. In fact, the World Economic Forum estimates that by 2020, robots and automation will handle about 28 percent of the task hours spent on decision-making, up from about 19 percent today. The WEF also predicts that robots or some form of automation will conduct more than half of the work performed on planet Earth by the year 2025.

Before you start panicking about the source of your future paychecks, consider this: While robots will dominate fields like data entry, accounting, and customer service, society’s push to automation will create many more jobs (133 million by 2022) than it eliminates (75 million), according to the WEF. When you automate the dull, dirty, and dangerous tasks, employees usually find more important and rewarding jobs to do— jobs in which workers can earn more money for both themselves and their employers.

Replacing The Dull, The Dirty, And The Dangerous

Consider the automated teller machine (ATM) in the banking industry, for example. Once upon a time, people regularly visited their bank branch to simply withdraw funds. Handing customers their money all day long was a pretty tedious activity for a teller. So the industry created a machine to handle the transactions of getting cash. While that move initially put some bank tellers out of jobs, what actually happened was this: The bank took the teller out of that low-profit-margin role and trained that teller to handle more lucrative functions for the bank, such as managing loan applications. So while the number of tellers per bank location went down, the banks became more profitable, opened more branches, and hired more tellers. Since around 2000 bank teller employment has actually outpaced employment overall.

There’s another case in point in my own company. We are working on a confidential and hazardous manufacturing job that requires temperatures of 1300 degrees Fahrenheit. Our customer came to us and asked, “Is this a candidate for robotics?” Using automation, we’ve been able to remove two people from an otherwise unhealthy, hazardous, and mind-numbingly repetitive job, and no one is complaining about that.

Unfortunately, many of the dirty and dangerous jobs tend to take place in highly unstructured environments, which are the most challenging to automate. For example, welding automation is considered a solved problem because of the highly structured nature of the task. But the “three D's” that exist today are in jobs that I would classify as needing a certain level of awareness of your environment. Putting that awareness into a robot is a challenge. So as we turn to robots increasingly to deliver services, we’re focusing lots of energy on how to automate handling the uncertainties of the day.

Whether you're talking drone deliveries from Pizza Hut or robo-cops on security detail, there’s a pending explosion in the population of service robots worldwide. My company, Houston Mechatronics, is a robotics-as-a-service company, for example, that builds intelligent robots that can perform undersea maintenance.

Our robot, Aquanaut, represents a paradigm shift in the way people conduct work underwater. There are cities that have been built below the sea that need routine maintenance. These cities pull oil and hydrocarbons out of the ground. They're collected onto a ship; the ships return to port with oil, which is then refined into gas and other products. Right now, if you want to conduct work underwater, you use a remotely operated vehicle (ROV) connected by extension cord to the ship, which can cost on the order of $100,000 per day to use—a cost that can be prohibitive.

We can’t use Wi-Fi or other RF communications to control Aquanaut, because water attenuates the signal too fast. But we discovered that controlling a robot with an acoustic modem works just fine. So using mechatronics—a term I use to describe robotics, software, and mechanics all working in harmony—we have eliminated the need for the ship and the extension cord, completely changing the dynamics and economics of undersea operations. This is just one example of robotics as a service. Let’s take a look at a few more.

Huge computational power is required for robots to be able to perceive their environment and make real-time decisions based on what they learn. In this way, many robots can be considered “edge” computing devices. A lot of mobile robot applications, for example, ingest massive amounts of environmental data, such as LiDAR distance measurements and sensor and scanner data, which they need to interpret.

Currently, a lot of robots get in trouble with over-driving their headlights, so to speak. The dynamics of the motion of the robot start outrunning its ability to tell itself not to hit something. This situation needs to improve, and that partly involves having an ecosystem of mobile robot platforms learning from themselves, updating their algorithms, and forwarding them to the cloud for aggregation. Now you have aggregated information available in the cloud that helps the whole robot ecosystem learn. All of that is taking place today, and that is what the tipping point is going to be to really kick off the ubiquity of robotics around us.

I think it's the goal of every society to become more civilized, in whatever shape that takes. And I think creating more civilized societies that can do more good in the world requires robotics and automation. Doing more good can involve robotic advances in medicine, for example, and conquering space so that we can all get off this planet if the day comes when we need to do so.

All this said, I think there’s a universal truth that humans will always need to labor for something. For that reason, it’s unlikely we’ll ever create a utopian, automated society in which everything is done for us. That would run contrary to human nature. I believe there will have to be a healthy balance between the human labor we actually enjoy and require to stay healthy and the need for automation to advance civilization in positive, productive ways. 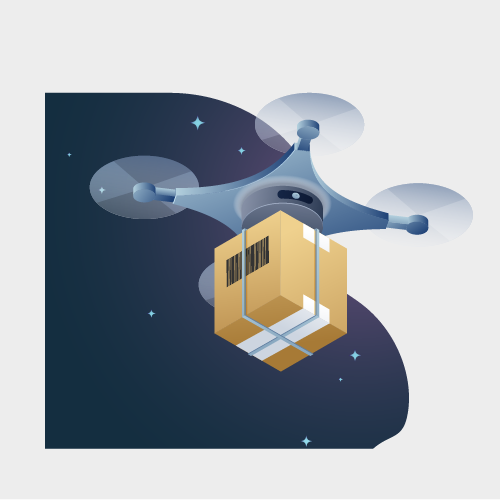 "Now you have aggregated information available in the cloud that helps the whole robot ecosystem learn. All of that is taking place today, and that is what the tipping point is going to be to really kick off the ubiquity of robotics around us." 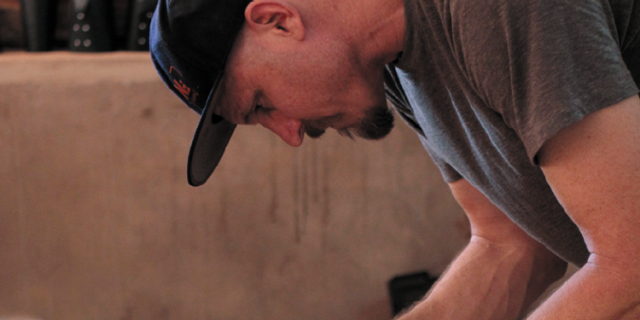 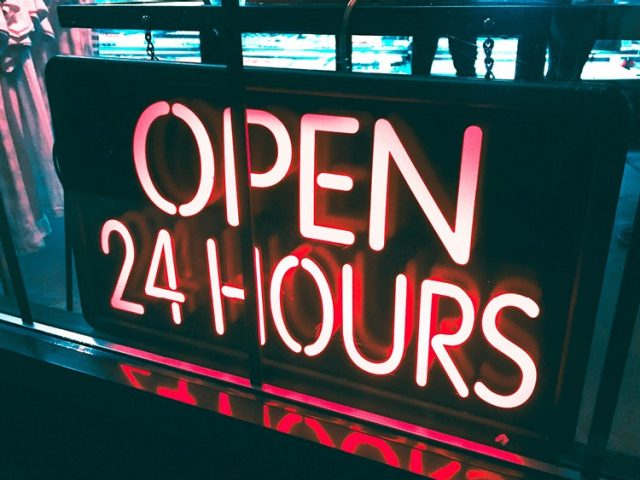 Retail Reshapes for the Modern World 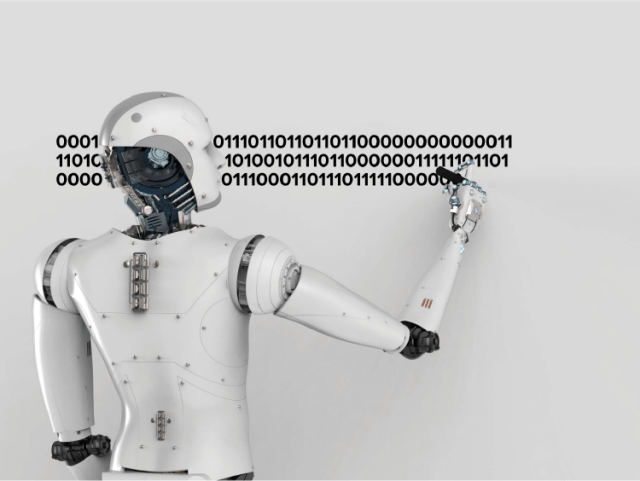 Cracking the Code in Your Big Data: Why Enterprises Should Use Machine Learning