A global medical research funding body, the Wellcome Trust, has built a new operation with data and change at its heart. CTO James Thomas describes the journey.

The world’s most important medical research organization has a CTO heading its technology estate and strategy, not a CIO.  There is a CIO at the Wellcome Trust, but they’re the Chief Investment Officer, James Thomas, has been the CTO for three years and is one of the most impressive business technology leaders in the UK.

Over the last three years, Thomas has been working on getting the technology and technologists of the Wellcome Trust fit for the changing landscape all organizations face.

“Good health makes life better,” is the tagline of Wellcome Trust, and it’s a passion for Thomas who traded a career in the technology supply side for the challenges of a CIO in the UK’s National Health Service (NHS), and now the Wellcome Trust. “That tag line goes through everything we do and it is the reason the Wellcome Trust exists,” Thomas says. 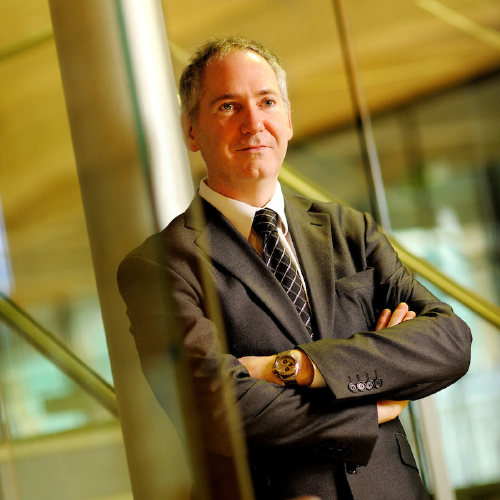 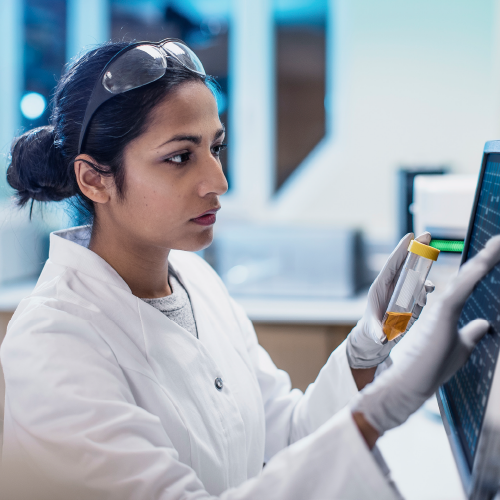 “There are Ebola outbreaks happening, but they are contained by the vaccine that the Wellcome Trust helped with.”

The Wellcome Trust is headquartered in central London, but owes its philanthropic heritage to an American, Sir Henry Wellcome, who moved to the UK in 1880 to set up a pharmacy business, which thrived and become one of the most important global makers of treatments, such as inventing the tablet. As well as building a pharmaceutical giant, Sir Henry Wellcome was passionate and curious about medicine and travelled the word collecting artifacts and researching history about the treatment of illnesses. Today, this information is housed in the Wellcome Collection in London. The museum is just a stone’s throw from the St. Pancras Eurostar terminal.

Sir Henry Wellcome had no children to leave his impressive business and collections to, so he created the Wellcome Trust, which along with the sale of the Wellcome pharmaceutical business, has become an investment vehicle that takes its dividends and invests them back into medical research and treatment. As CTO for the Wellcome Trust and a CIO recognized by peers, he talks passionately about the societal benefits that Wellcome Trust brings.

During the Ebola outbreak in 2019, Wellcome Trust was able to use its funds to take vaccines through final trials and bring them out to those who most needed it. “There are Ebola outbreaks happening, but they are contained by the vaccine that the Wellcome Trust helped with,” CTO Thomas says.

Creating A Culture Of Innovation

As a center for innovation and with a deep history in the progression of medicine, surprisingly, Thomas found that the Wellcome Trust was not leveraging technology as effectively as it could.

“Wellcome is a culture of cultures because we have an investment bank, a museum collection, and a scientific organization. Each of these has different cultures and attitudes to openness, outcomes, and pace,” he says. In IT there were opportunities to improve governance, data management, and the way these work for the business’s different cultures.

“We created a new target operating model (TOM) that set out to get us away from our old ways of working. For example, we delivered projects to parts of the Wellcome Trust to a timeline they set,” Thomas adds that this had the potential to create issues with technology operations.

“We created mirco-teams that brought people from projects and operations together, and we made them contiguous; they owned their own success and set their agenda,” he says of how they worked together. 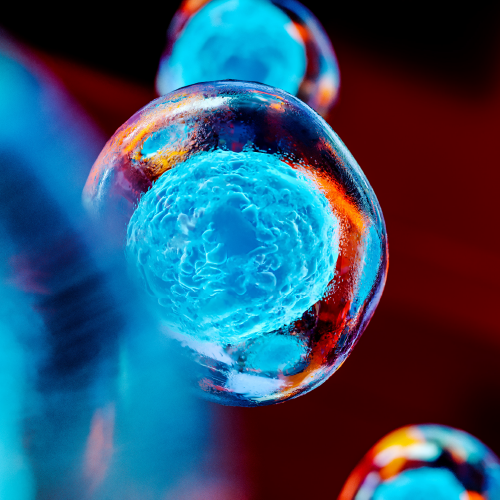 During his time as CIO of the UCLH hospital in London, Thomas pioneered the use of customer journeys for patients visiting a hospital. Thomas brought that same level of experience to the Wellcome Trust. For scientists seeking Wellcome Trust funding to research a cure or treatment, the route to cash, Thomas found, was complicated and did not serve the Wellcome Trust or the scientists well.

“We introduced the concept of end-to-end customer journeys, and the team working on this are charged with making the experience seamless. They are using user experience (UX) surveys and UX designs to gain customer insights on how to improve their service.”

The success of this project is enabling the Wellcome Trust to look at the complexities in its organization and focus on preferred outcomes. “We need the best scientists in the world to apply for Wellcome Trust funding,” Thomas says. That same end-to-end focus is also being turned inwardly on the organization, such as modernizing people platforms so the Wellcome Trust can improve its recruitment and facilities management.

At the heart of this significant, rapid change is how Thomas and his team monitor their work.

“We created OKRs, Objectives, and Key Results. This is a dynamic way to assess iterations and results; in essence. it is a framework for achieving our goals and aiding members of the organization to do things differently,” he says of how change goals are about more than just technology delivery; they also require new methods of working. Thomas goes on to explain how the tenants of OKR work:

Objectives are the benchmarks we want to accomplish to reach our ultimate end-goal. These are set every quarter.

Results are the measurable components we need to deliver to realize a goal. In addition, Thomas and his team are looking at indicators of what needs to be learned to inform the organization that change has occurred. The team must also measure the result of the change, which uses evidence-based data to demonstrate the result.

Thomas and the team also have an annual delivery plan for its stated objectives for the year. “But we review our objectives every six months, and we review the OKRs every quarter, and we also have a monthly metrics meeting.” He says the digital and technology teams of the Wellcome Trust are truly agile, changing at regular intervals as the landscape of the organization changes. “I never want to go back to the silos disjointed teams not knowing what is happening across the Wellcome Trust,” he says of how integrated technology works with its peers. 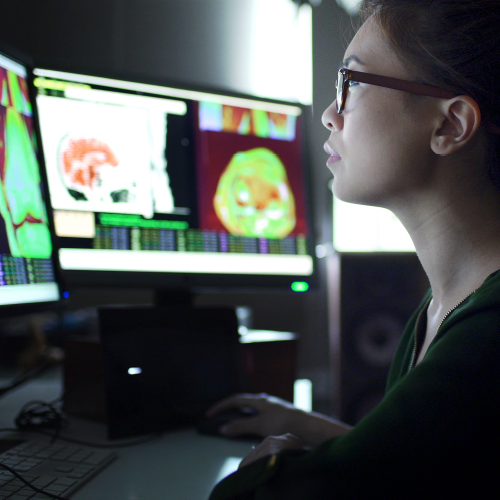 “We introduced the concept of end-to-end customer journeys, and the team working on this are charged with making the experience seamless.”

Changing the ways a digital and technology team work is one of the most significant parts of the CTO role. For Thomas, he had to ensure that both teams were part of the innovation culture of the Wellcome Trust.

“’10% time’ was part of the organization when I arrived, but it was only available to the web development team,” he says. Now, the entire digital and technology workforce has 10% time, and Thomas has developed a way to ensure everyone gets 10% time and the benefits of it.

Along the way, Wellcome has been modernizing its core technology stack, moving its infrastructure to the cloud and adopting Microsoft Office 365.

In 2016, Thomas created a data team and adopted the popular BI tool, Tableau. “That started to surface the data, and in doing so, it showed us we had some data quality issues, which created a data cleansing program,” he says. Having cleaned up the Wellcome Trust data, Thomas created a Data Labs team within Digital and Technology. “In there, we have a senior data engineer, data scientists, and social scientists working together. In the world of scientific research, data has to be the core.” Thomas goes on to explain how the Wellcome Trust needs data for choosing which research to fund, but the organization is also at the forefront of policy change across the world.

As a result of the work the data labs team has done, the Wellcome Trust now knows how successful it has been at influencing legislative debates on major health issues like Stem cell research and gene editing. It is also able to see where it didn’t play a part in legislative debate but can collaborate with organizations to ensure the debates are well-informed and benefit the medical industry. 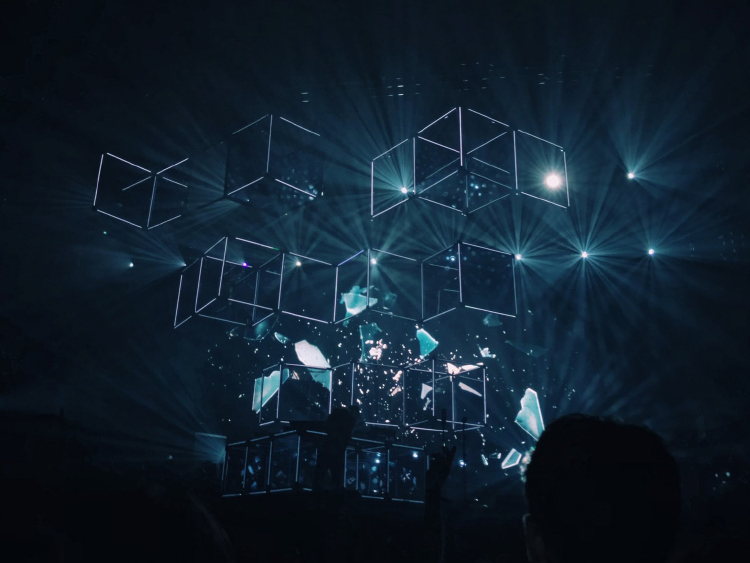 The Physics of Knowledge 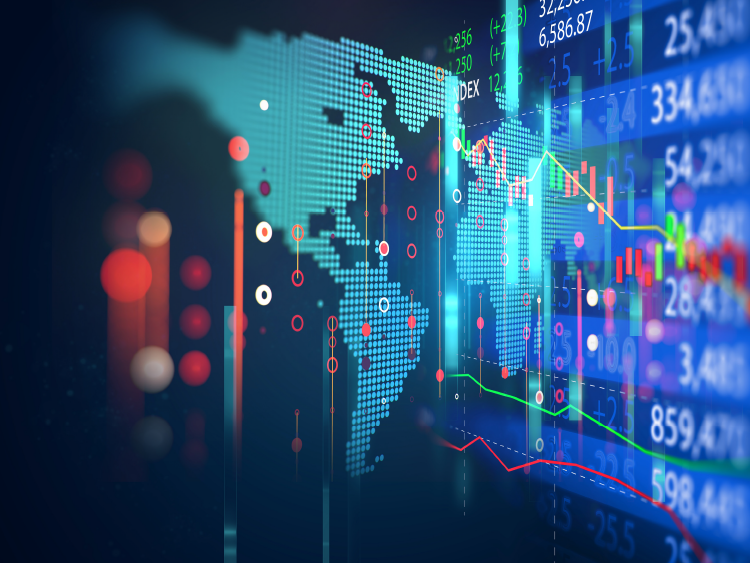 The Rise of the Chief Data Monetization Officer