When Elephants and Riders Move Together

In 1990, Save the Children sent Jerry Sternin to Vietnam to tackle the severe problem of malnutrition among poor rice farmers. The Vietnamese foreign minister gave him just six months to make a difference. Versed in the systemic causes of malnutrition in the area—poor sanitation, a rickety farm-to-road infrastructure, etc.—Sternin knew he couldn’t focus on changing deeply rooted issues and produce results in six months.

So, he took a different approach. He convened a meeting of mothers in one village. Equipped with a scale and measuring tape, he asked the mothers if there were kids healthier than others in families with the same available resources. Then, he studied those “bright spots.” 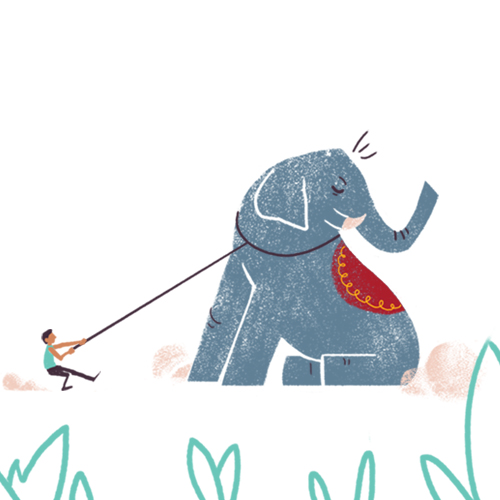 Sternin learned that most moms in the village served two meals a day, giving their children a bowl of plain white rice. But the bright-spot mothers did things a bit differently. They served their children the same amount of rice, but instead of two meals a day, they served four. Intriguingly, these moms mixed the rice with locally grown sweet potato greens and tiny brine shrimp, which was commonly regarded in the village as low-class food. These children were noticeably healthier than other children in the village.

Sternin’s investigation revealed that the practices of the bright-spot moms were effective, realistic, and sustainable in tackling malnutrition. He began helping the mothers replicate their behavior in surrounding villages, training other mothers to prepare rice meals based on their eating habits and locally available ingredients.

At the end of six months, 65 percent of the children in the villages where Sternin worked were better nourished. In total, the program ended up reaching 2.2 million people across Vietnam.

Sternin taught us an important lesson about managing change or, more aptly, what it takes to change behavior. He flipped the script and did something that a lot of people don’t immediately think about. Instead of focusing on what was going wrong, he focused on what was going right.

Why is Change so Hard?

People innately resist change. Sort of. The fact is that people embrace change of massive proportion all the time. They even volunteer for it. Every day babies are born. Couples get married. New houses are bought. How much bigger does change get?

Modern behavioral economists refer to the two sides of the brain as the planner and the doer. The planner sets the alarm, and the doer hits the snooze button. The ongoing tension between these two independent minds dooms countless change efforts every day.

The Rider and the Elephant

My favorite metaphor about behavioral change is by a modern psychologist named Jonathan Haidt. He likened our emotional side to a big elephant and our analytical side to a tiny human riding the elephant. The rider is analytical, deliberate, and can see a path forward. The elephant, which provides the energy for our trip, is irrational and driven by feelings and instinct. 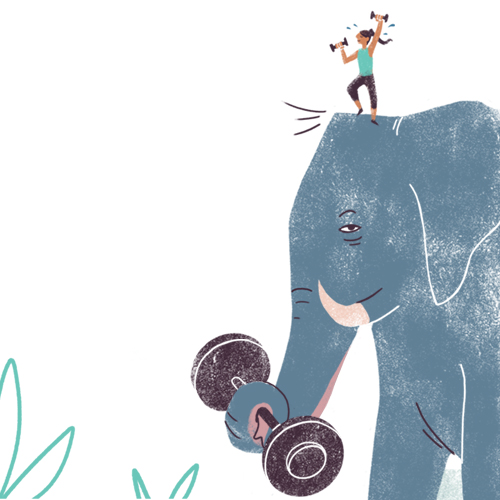 I love this metaphor because it perfectly sets the relative weight classes of our two minds. Perched atop the elephant holding the reins, the rider seems to be the leader. In reality, the rider’s control is precarious. The rider may decide you’re going to start an exercise program, but unless the elephant comes along, you’re in for a very, very short journey of change.

All change efforts have something in common: For anything to change, someone has got to start behaving in a new way. This applies equally whether you’re changing an individual’s behavior or leading change in organizations.

Using my favorite metaphor, here’s a simple framework that can guide you in any situation where you need to change behavior.

To change behavior, you’ve got to connect all three parts of this framework simultaneously.

Let’s go back to Jerry Sternin in Vietnam. He affected amazing change by adeptly aligning the rider, the elephant, and the path. The mothers’ riders had good direction, with specific instructions on how to prepare more nutritional rice with shrimp and sweet potato greens. At the same time, the mothers’ elephants were motivated by a feeling of hope. They could make their children healthier in a way that was easy and feasible for them to do. And the path? The rice-preparation training, which was tailored to accommodate local eating habits and ingredients, played a major role in changing the culture throughout surrounding villages. Sternin tweaked the environment to make other kids as healthy as the bright-spot kids.

Riders love problems. It’s their Achilles Heel. Time aftertime, research has demonstrated that if you take two pictures side by side, one depicting a bad scene of an unpleasant event and the other a good scene of a pleasant event, people will spend more time gazing at the bad scene than looking at the good scene. If you ask sports fans how their favorite teams did over the weekend, they’ll spend more time obsessing on the flubbed plays and Monday morning quarterbacking the games their teams lost than they’ll spend regaling the games their teams won.

It’s important for leaders to push through the problem seeking mindset of riders and focus on pursuing the bright spots. Don’t spend time spinning over what’s going wrong. Even in the midst of chaotic change, there are some people who’ll be nailing it. Find them, look at what’s going right, and figure out how you can do more of it.

As you investigate those bright spots, look for critical moves and specific behaviors that support the change. What looks like resistance to change is often just cluelessness. If people aren't changing, it could be that they’re not motivated, or it could be that they don’t understand where they’re going. Change is always easier when you know where you’re going and why. As a leader, it’s your role to point to the destination and script the critical moves.

It doesn’t behoove leaders to talk about the extent of the change, even though they want to. Often employees will take this to mean that the journey to change will belong and hard. Without trying to pull the wool over their eyes, it’s better to give your team a sense that the change is actually closer and more within reach than they might have suspected. Focusing on progress is one way to start changing an elephant’s reaction.

If you’re dealing with elephants who are easily demoralized, you should do what you can to shrink the change for them. Point out the wins they’ve had and you might just provide enough wind in their sails so they can undertake the next journey with greater motivation.

The Path Most Shapen

When it comes to shaping the path, the important thing to remember is that when situations change, behavior changes. You can shape the path by tweaking your environment.

Often, we describe people’s behavior in terms of their character flaws, genetic malfunctions, and the like rather than explaining their behavior based on the situation. In other words, when we attribute how the world goes, we focus on people rather than situations. Social psychologists call this tendency to under-emphasize situational explanations for a person’s behavior the fundamental attribution error.

The great thing about recognizing the fundamental attribution error is that it gives way to realizing that many times all you must do is change the environment and the change in behavior will follow. You don't have to change the people.

Many of you negotiate change every day. You can use my simple framework to help guide situations when you need to change behavior. Direct the rider, motivate the elephant, and shape the path. And don’t forget to find and leverage the bright spots along the way.

When you do these things, amazing change can happen.

About the Author: Chip Heath, along with his brother Dan, has authored several New York Times bestsellers, including Switch: How to Change Things When Change Is Hard and Made to Stick: Why Some Ideas Survive and Others Die. Chip is a professor at the Stanford Graduate School of Business. 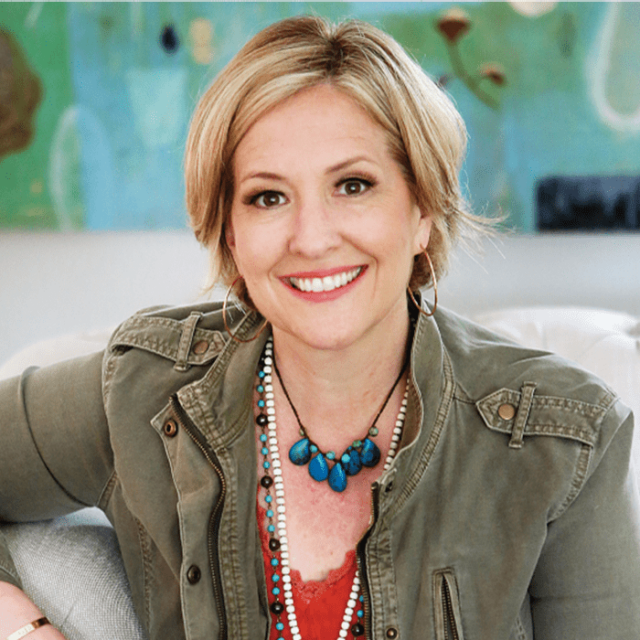 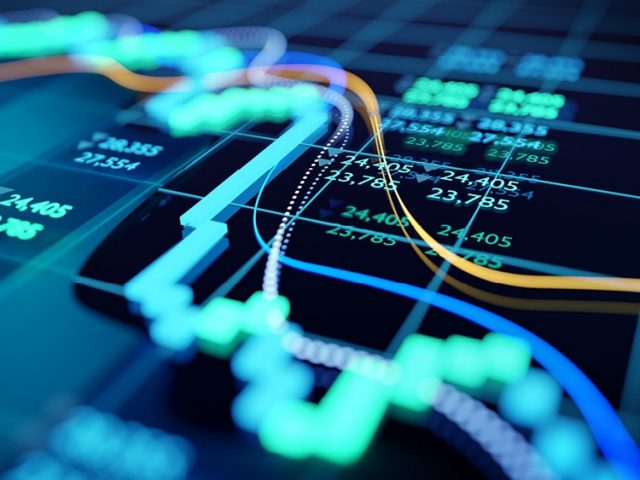 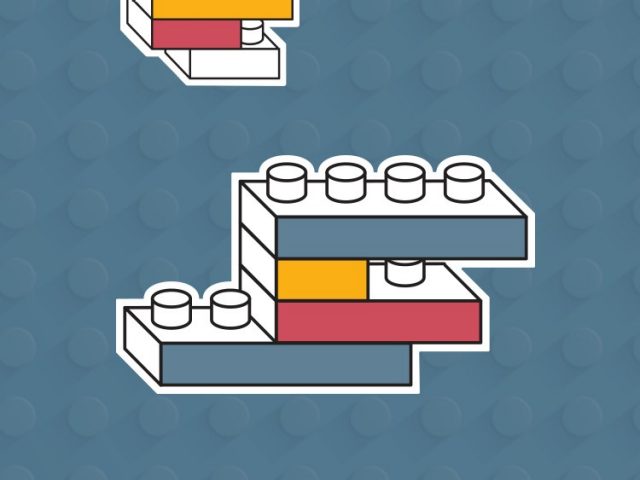